China’s answer to the Growler

Electronic attack J-16
A dedicated electronic warfare (EW) version of the Shenyang J-16 fighter completed its maiden flight on December 18 last year. The first images of the aircraft — sometimes described as the J-16D or even J-16G — reveal several changes compared to the standard J-16 fighter-bomber: most obviously, two large EW pods on the wingtips that are very similar in appearance to the AN/ALQ-218 tactical jamming receivers used by the Boeing EA-18G Growler. The aircraft also features a new, shorter radome and the standard 30mm cannon and the optical sensor in front of the starboard side of the windshield have been removed. In addition, several conformal dielectric EW arrays can be seen around the fuselage, front section (behind the radome), and intakes. 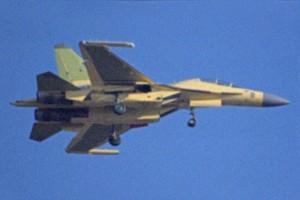 A true dedicated strike version, the J-16, was unveiled in late July 2012. Rumors about such a version had first appeared in 2010. The J-16 is based on the Su-30MKK since it features a retractable IFR probe on the port side of the forward fuselage that requires the infra-red search and track/laser rangefinder system to be moved slightly offset to the starboard side. The J-16 also features the Su-30MKK’s reinforced twin-wheel nose gear to cope with the increased weight, and the taller vertical tails albeit without the typical ‘squared-off’ fin caps. In terms of avionics, the J-16 reportedly features an active electronically scanned array (AESA) fire-control radar from the No 607 Institute behind a new, gray radome without a pitot, and new ECM systems. The aircraft is compatible with all Chinese-made precision-guided weapons including the KD-88 ASM and LS-500J LGB that are still excluded from the Su-30MKK’s current arsenal, as well as the new PL-10 short-range AAM (carried on smaller wingtip pylons) and PL-12 medium-range AAMs. In common with all current Chinese ‘Flankers’, the J-16 is powered by two WS-10A turbofans.

The maiden flight of the J-16 was performed in October 2011 and by early 2013 at least two prototypes had been seen undergoing tests at the CFTE. Two years later, in October 2013, the first pre-production models (serials in the range 161x) were seen at Shenyang, where they were reportedly preparing to enter limited service with the PLAAF. Strangely, no further news appeared until May 2015, when the first series aircraft were delivered to an operational regiment. 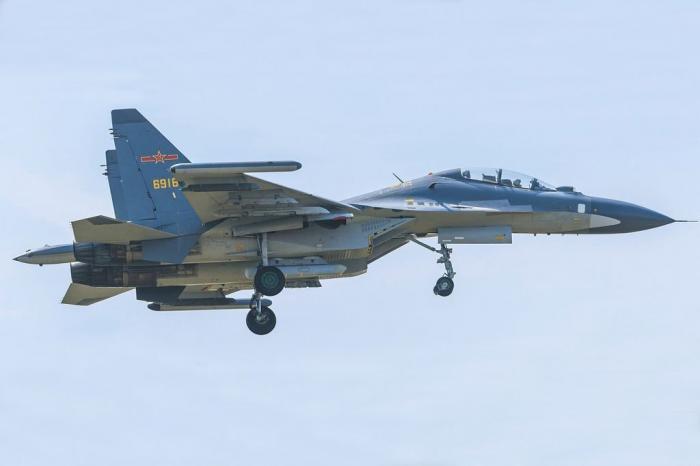 The appearace of the dedicated suppression of enemy air defenses/EW version of the J-16 came as something of a surprise. It now seems as if the J-16 will become the next true multi-role type in PLAAF and perhaps PLANAF service, in preference to the JH-7B, thanks to its more powerful AESA radar, its greater weapon load and, above all, its longer range.