New aircraft for Red Arrows – what are the options?

While disbandment of the Red Arrows — the Royal Air Force’s self-styled ‘ambassadors for the United Kingdom’, and probably the best-known face of the air arm — never seemed a realistic proposition, any uncertainty surrounding the future of the RAF Aerobatic Team was put to rest yesterday, November 1.

The UK Defence Secretary, Michael ­Fallon, announced that the internationally famous team will continue to serve for years to come, and the Ministry of Defence will replace the Hawk T1 jets that comprise the current equipment of the team, home-based at RAF Scampton, ­Lincolnshire.

Fallon said: ‘The Red Arrows are going to be here to stay for a while yet. They are a key part of our defense engagement, as we call it, around the rest of the world, and I don’t think the public would let us lose the Red Arrows.’

The announcement came as the the ‘Reds’ performed for the first time in China as part of a 60-day world tour. The display, on the opening day of Airshow China in Zhuhai, brought the number of countries the team has performed in since 1965 to 57. 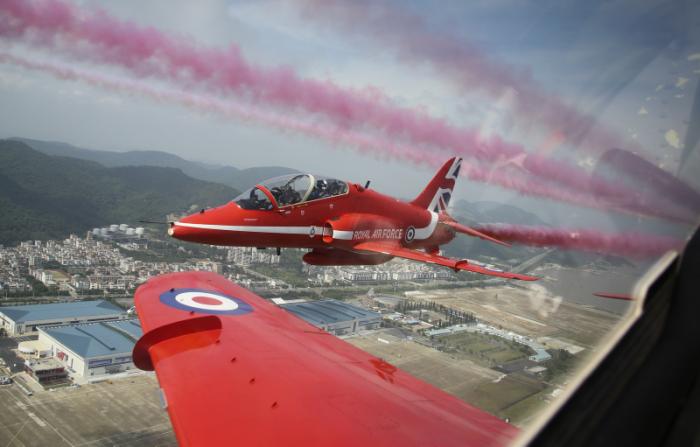 Aviation history was made by the Royal Air Force Aerobatic Team when the Red Arrows performed a public display in China for the first time on November 1. Crown Copyright

Unsurprisingly, there has been much speculation as to what might replace the team’s existing fleet of Hawk T1s. Combat Aircraft took a look at some of the options. 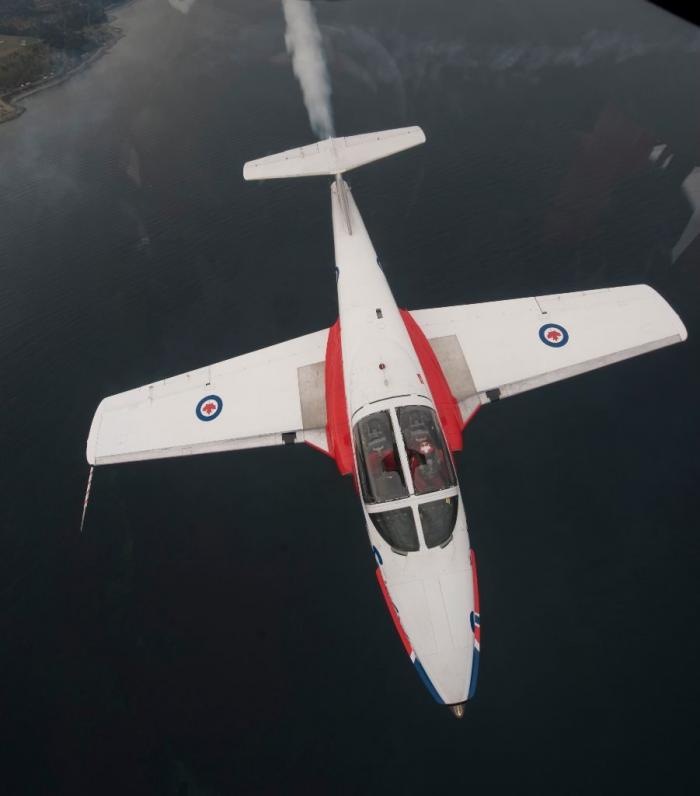 Perhaps the least likely scenario would see the Red Arrows equipped with a ‘bespoke’ display aircraft not otherwise operated by the RAF. It could end up a costly option, but the RAF would not be alone in operating a dedicated display mount. The Canadian Forces Snowbirds (431 Air Demonstration Squadron) does just that, with its fleet of CT-114 Tutors. 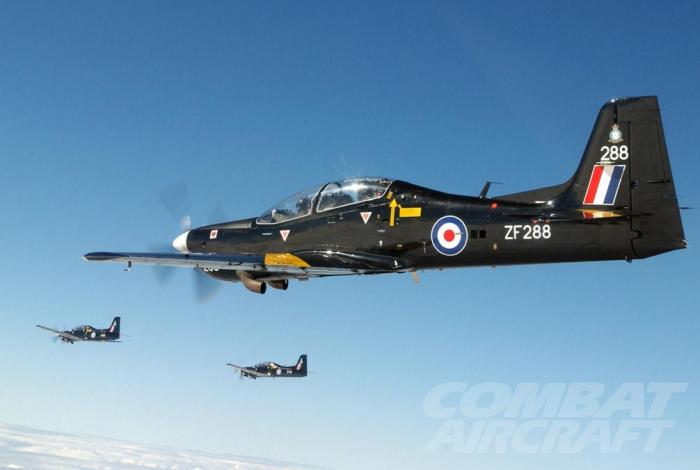 The RAF currently employs the Tucano T1 — a modified version of the Brazilian Embraer EMB-312 Tucano — to train student aircrew in general aircraft handling, formation flying and low-level navigation. Later this decade the Tucano T1 will be retired from its training role with  No 72 (Reserve) Squadron at RAF Linton-on-Ouse, and it would provide an off-the-shelf option for the Red Arrows. The move away from a jet to a turboprop would surely leave a lot of the team’s many fans disappointed.

In its native Brazil, the Tucano equips the Esquãdrao de Demonstração Aérea (EDA, better known as the Esquadrilha da Fumaça), however, the team began to replace its EMB-312s with new-generation EMB-314 Super Tucanos in 2012. 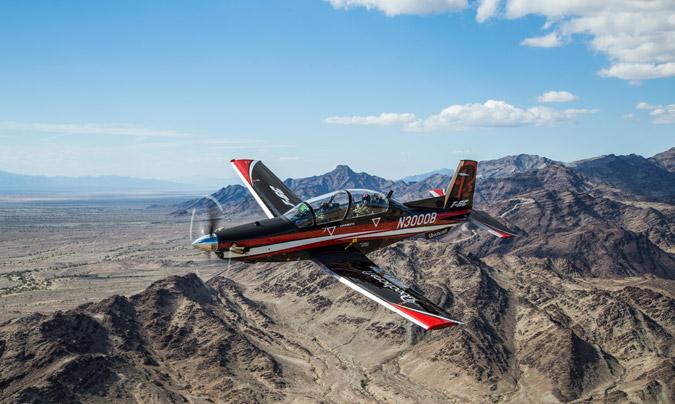 The chosen successor to the Tucano T1 in RAF service is the T-6 Texan II. As part of the   UK Ministry of Defence’s large-scale overhaul of its fixed-wing training fleet, the Grob Aircraft G120TP, Beechcraft T-6C and Embraer Phenom 100 will be introduced, to provide elementary, basic and multi-engine training, respectively. Of the three new types arriving under the Military Flying Training System (MFTS) program, the T-6C is the obvious candidate for a full-time display team role. The T-6C will serve at RAF Valley, where the Air Force already operates its fleet of Hawk T2 advanced jet trainers.

The T-6C already equips the display team of the Israeli Air Force and its aerobatic prowess is also ably demonstrated by the Hellenic Air Force Demo Team Daedalus.

The ever-popular Hawk remains in production, in the form of the latest T2 variant (seen above), which is exported as the Advanced Jet Trainer. This is the most likely replacement for the Hawk T1, offering useful commonality with its current equipment, albeit lacking in turning performance. However, with BAE Systems currently engineering a new slatted wing for India, the Hawk T2 with ‘combat wing’ could be an ideal replacement for the ‘legacy’ T1.