Combat Aircraft has obtained the clearest photos yet of a flying Lockheed F-117A Nighthawk since the type was officially retired by the US Air Force in April 2008. Photographed on February 26, this single, unmarked, F-117A was operating in the R-2508 range complex near Death Valley in southern California. The aircraft also returned the following day.

The aircraft was flying at low level, escorted by a pair of F-16s, that appear to have been providing top cover for the stealth fighter. 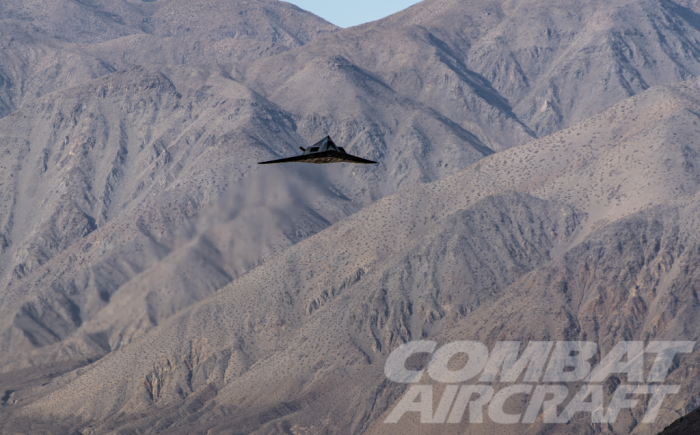 Persistent reports, and supporting imagery, have indicated that as many as six F-117s remain active from their original home at Tonopah, Nevada. While the USAF does not officially acknowledge this, it clearly does not attempt to hide the fact, given that the jets have been seen flying in broad daylight, and on this occasion for an extended period of time. 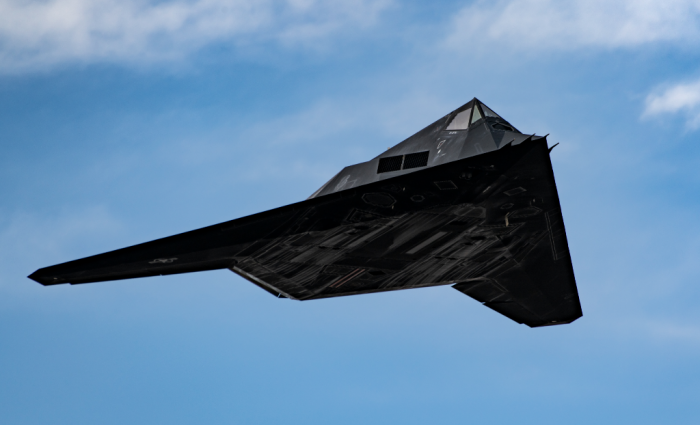 When the US Air Force formally retired the F-117A Nighthawk in 2008, 52 aircraft were placed into storage at their original home at the Tonopah Test Range (TTR) airfield on the Nellis Test and Training Range (NTTR) in Nevada. One aircraft has since been broken up to demonstrate disposal techniques for the type.

The final goodbye was made at Lockheed Martin’s Skunk Works at the Air Force’s Plant 42 at Palmdale, California, on April 22, 2008 when four aircraft made a ‘pit-stop’ en route from their last operational home at Holloman Air Force Base, New Mexico, to Tonopah for storage. Then-commander of the 49th Fighter Wing (FW), Col Jeffrey L. Harrigian, an F-15 and F-22 pilot by trade, commented: ‘No weapons system can hold a stick to what you guys have developed here’. The four jets (serials 82-0800, 84-0809, 84-0824 and 88-0843) formed up and headed into the desert and out of service.

Fast-forward two years to 2010 and a video appeared on the internet of an F-117 flying over the Nellis ranges, revealing that at least some of the aircraft were still active. The sightings have continued and in July 2016 a pair of jets was spotted flying together in the pattern at Tonopah. Now, we have shots of a single jet operating a low level.

The F-117s are officially being kept in Type 1000 storage, indicating that they are maintained in a status from which they could be recalled to active service, should the need arise. Type 1000 aircraft are termed ‘inviolate’, meaning they have a high potential to return to flying status and no parts may be removed from them. The USAF states that the aircraft can be reactivated within 30 to 120 days depending upon how long the particular aircraft has been in storage.

It’s unclear why a small cadre of F-117s are being retained in flying status, but it’s likely to be linked to some sort of operational testing on the NTTR. 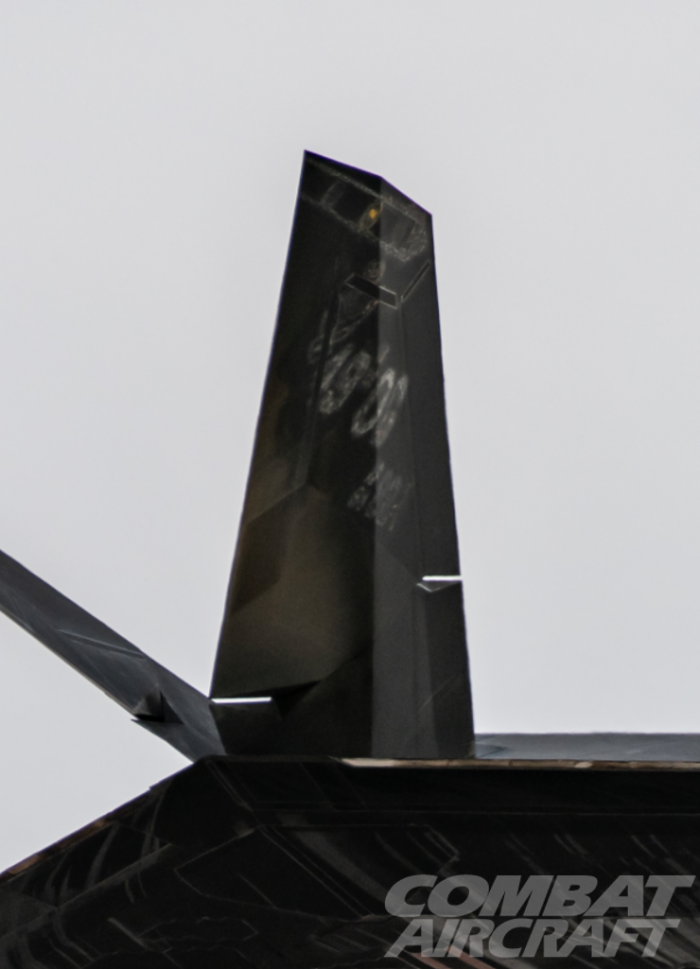