Since the last update on this eagerly awaited module, the Eagle Dynamics (ED) team has been focusing on several core features of the Nimitz-class aircraft carrier.

This is not simply an update to the existing John C. Stennis aircraft carrier that released last year, but a new object that is built from the ground up. It will feature accurate dimensions, high-resolution mesh and textures; animations for the elevators, antennas, defence systems, launch officer bubble, risers, catapults, jet blast deflectors, and more. The module will include unique skins for all ships of the Roosevelt sub-class that includes the Theodore Roosevelt (CVN-71), Abraham Lincoln (CVN-72), George Washington (CVN73), John C. Stennis (CVN-74), and the Harry S. Truman (CVN-75). Not only will there be the correct names and CVN numbers, but also unique textures and deck weathering for each ship. 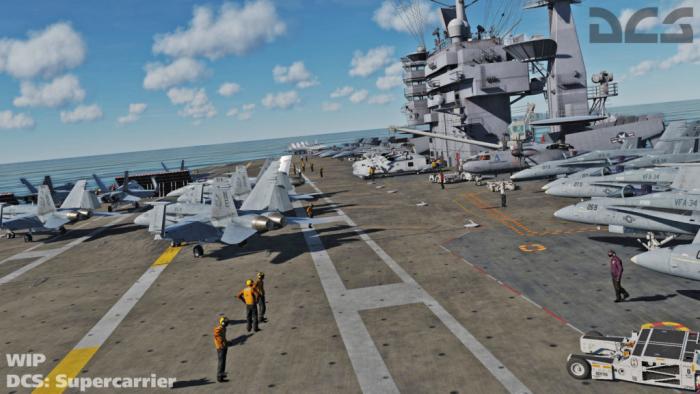 The Supercarrier will include highly accurate simulation of carrier communications. This includes Case I, II, and III operations and unique voice-overs for departure, marshal, approach, tower, the landing signal officer (LSO) and even messages over the 5 MC. Many of these parts are voiced by service members that filled the actual roles. Also included will be the voice over files to support all aircraft types that have flown from a Nimitz-class aircraft carrier, including the F-14. 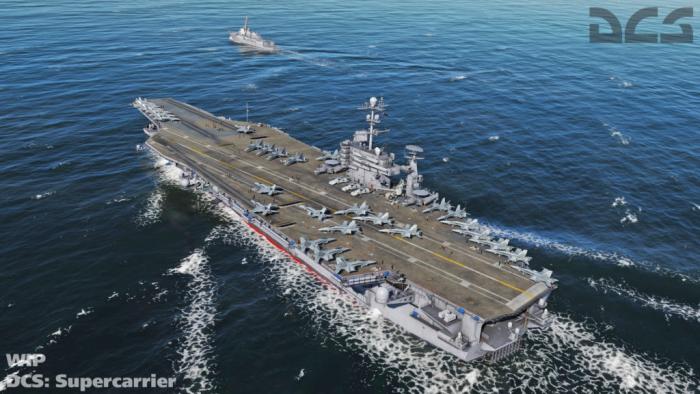 To make the carrier deck feel alive, deck crew is a must. ED is doing this through a combination of static-placed deck crew with animations that mission creators can place and fully patched and animated deck crew that support launch operations from all four catapults.

In addition to these three core areas, Eagle Dynamics is also implementing:

At this time, there is no release date or pricing but we will release more information when it becomes available.

Fight for Honor Enrollment is Open
In support of Folds of Honor and in cooperation with DCS World Events, Thrustmaster, and C.W. Lemoine, ED is happy to support the Fight for Honor charity event.

Pick any aircraft and dogfight 1 vs 1 (guns only) against other players across the world in this charity event to support the fallen and their families. DCS pilots will fight for the opportunity to fly in DCS with real F/A-18 and F-16 fighter pilots C.W. “Mover” Lemoine or Trevor “Gonky” Hartsock. All proceeds of this event will benefit Folds of Honor.

Opening day rounds will take place later on September 7 and on the following day, September 8. Closing tournament rounds will then be taking place the weekend of September 28 and 29. Participants will be flying multiple times on each day as long as they continue to win.

You must have an account already registered on dcs-world.com before registering. Join the DCS Discord for more detailed info about the tournament. Upon registration, users must select any official DCS aircraft they will be flying with throughout the tournament. The free modules are allowed. Registrants will submit their information into the FOH website and a CSV will be compiled and sent to DCS World Events.

Registrants will be contacted with their time slots.