The history of the An-225 began more than 30 years ago, at the time conceived to proceed hand in hand with two other overtly ambitious Soviet aerospace programmes – the An-124 Ruslan strategic military transport aircraft and a re-usable space system similar to the US space shuttle. Design activities for the An-124 were launched at the Kiev-based Antonov Design Bureau in the late 1960s, to meet a Soviet Union Ministry of Defence requirement to replace the An-22 Antey turboprop airlifter and get an equivalent of the Lockheed C-5 Galaxy that was fielded by the US Air Force in 1969. The programme proved a notably protracted undertaking due to numerous conceptual problems and the design was not frozen until the late 1970s, while the An-124’s maiden flight did not take place until December 1982. 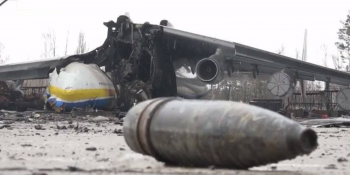 Battle of Antonov Airport: Analysis of the Attack

Babak Taghvee provides analysis on the Battle of Antonov Airport, which resulted in the loss of one of the most iconic aircraft to ever grace the skies, the Antonov An-225 Mriya 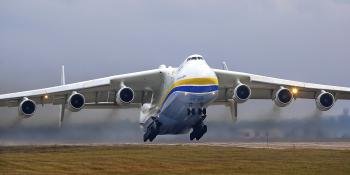 The life and legacy of the Antonov An-225: What next?

Airliner World reflects on the long career of An-225 Mriya and ponders what happens next for Kyiv’s cargo-hauling colossus. 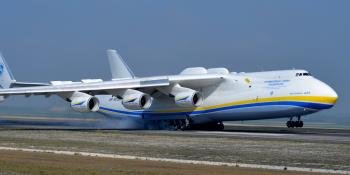 Aviation's world heavyweight champion might have been destroyed last month, but our memories haven't. How much do you know about the An-225? 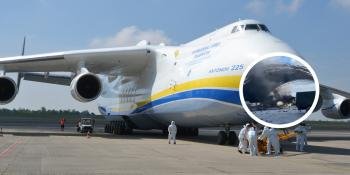 BREAKING: Video confirms Antonov An-225 has been destroyed

A video circulating on social media reportedly confirms that the world’s only Antonov An-225 was in fact destroyed during fighting at Gostomel Airport near Kyiv in Ukraine.

Following days of conflict in Ukraine, one of the largest aircraft ever built, the Antonov An-225 Mriya has been destroyed by Russian forces, according to Ukrainian officals 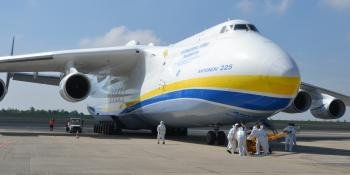 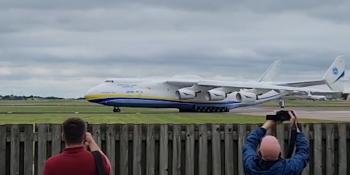 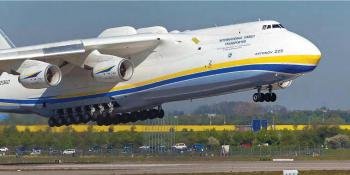 With reports stating that Russia’s invasion of Ukraine has led to the destruction of the Antonov An-225 Mriya, Key Aero revisits the history of the world’s largest aircraft 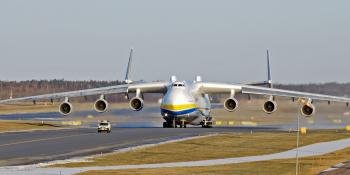 The Giant of the Skies: Antonov AN-225

The heaviest aircraft ever built landed in the UK over the weekend. With six engines, 32 wheels and a wingspan of 88 metres, the Antonov An-225 Mriya draws a crowd wherever it goes…