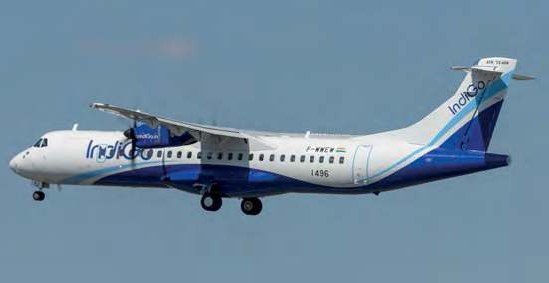 ATR HAS delivered the 1,000th ATR 72 aircraft to the low-cost carrier IndiGo. The aircraft, VT-IYJ (msn 1496) is the tenth ATR to be received by the Indian airline since it received its first example of the turboprop in November 2017.

The manufacturer said the delivery “consolidates the ATR 72 as an outstanding commercial success and a benchmark in the regional aviation market”.