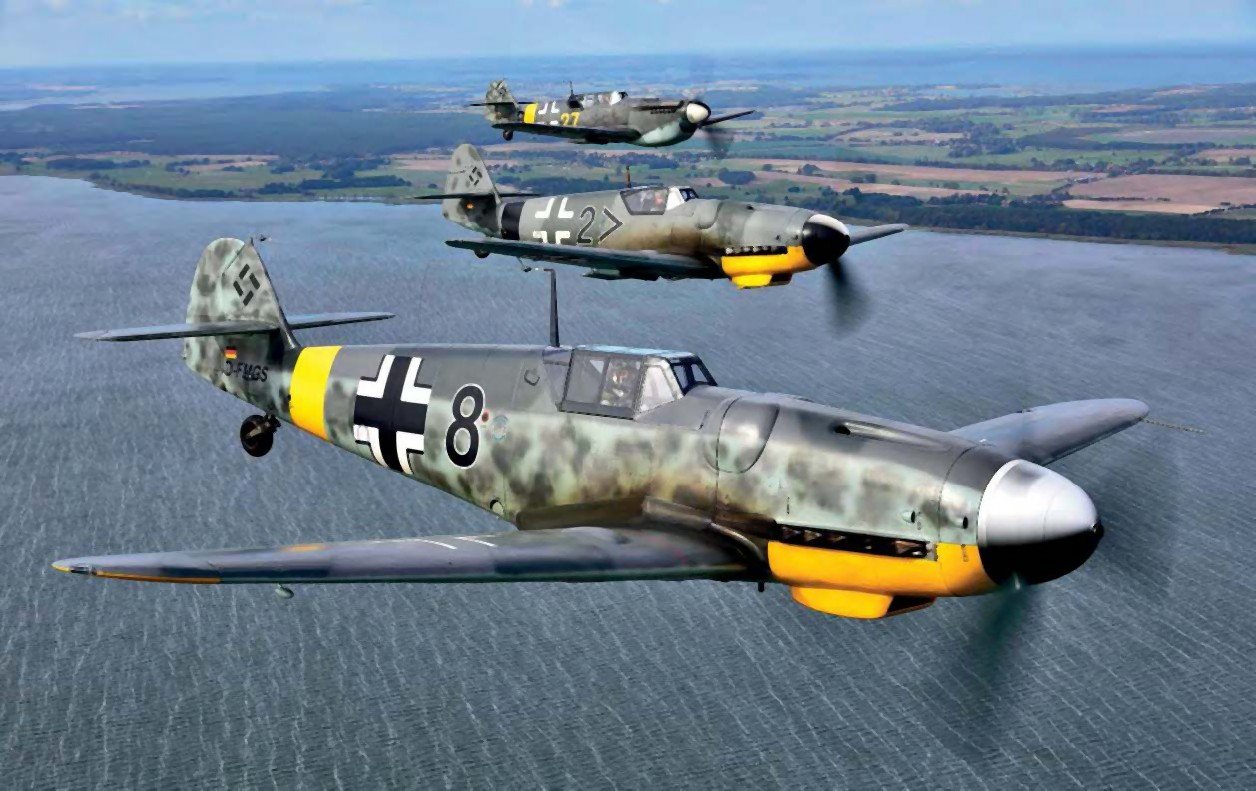 During Hangar 10’s end-of-season fly-in at Heringsdorf, northern Germany from 27-30 September, three resident Messerschmitt Bf 109s flew in formation, probably the first occasion on which a trio of the type had been seen in German skies for more than 73 years.

Guest of honour at the event was Dr Hans-Heinrich von Srbik, president of the Messerschmitt Foundation. He was given a flight in the back of the two-seat Bf 109G-12, D-FMGZ, which currently has a Rolls-Royce Merlin engine substituting for the Daimler-Benz DB605 fitted previously. The machine was flown by well-known Swedish display pilot Mikael Carlson. Volker Bau was at the helm of the Daimler-Benz-powered Bf 109G-14, D-FMGV, and the Hangar 10 chief pilot Klaus Plasa was flying the Bf 109G-6, D-FMGS.