By Richard Benedikz 3rd May 2022
News

Just Flight's in-house team developed the highly detailed simulation of the 146 regional jet following comprehensive, hands-on research with a real-world aircraft, G-JEAO, which retired from service with British European Airways in 2000 and is now preserved at the de Havilland Aircraft Museum, and the CC.Mk2 and C.Mk3 aircraft of Royal Air Force, 32 (The Royal) Squadron.

Just Flight's 146 'Whisper Jet' features the 100, 200 and 300 series of this classic British airliner. The design process of what was to become the 146-100 began under Hawker Siddeley in 1973, when the high T-tail, short undercarriage, four engines and distinctive airbrake were chosen to produce a regional airliner with short-field performance and quiet operation. The 146-100 first flew in 1981, followed by the stretched 200 series in 1982 and the 300 series in 1988. 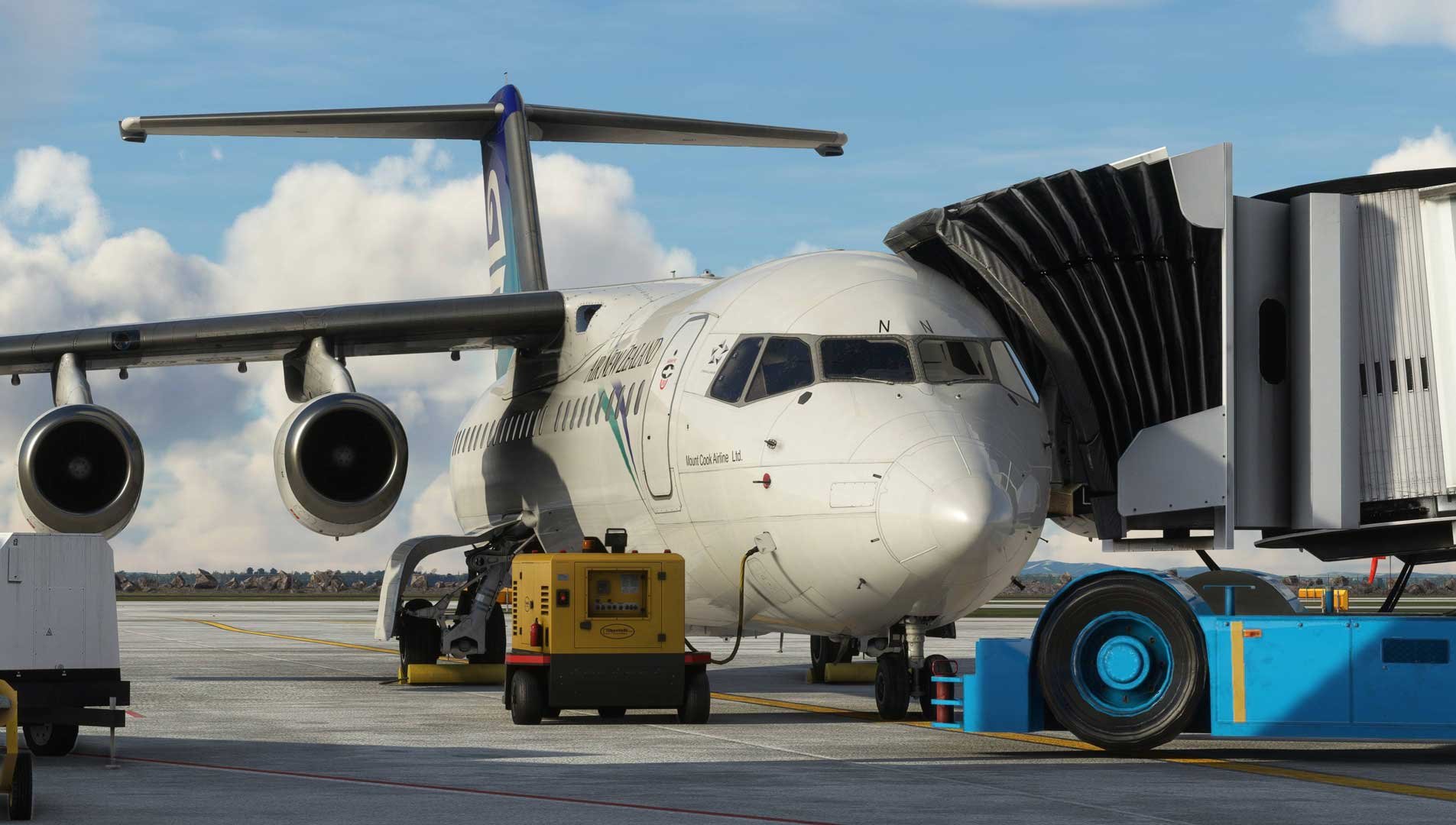 The Royal Air Force purchased three 146-100s in 1986 and these were operated by The Queen's Flight, designated the CC.Mk2 'Statesman' and equipped with VIP cabins. The aircraft were used to transport the British royal family and senior members of the UK military and government.

The 146 was also popular with cargo operators due to its excellent capacity and low engine noise, allowing for night flights into city airports. Two cargo variants were developed: the convertible passenger and freight variant (QC) and the freight-only Quiet Trader (QT). The Royal Air Force also operated two 200QC aircraft, designated the C.Mk3. 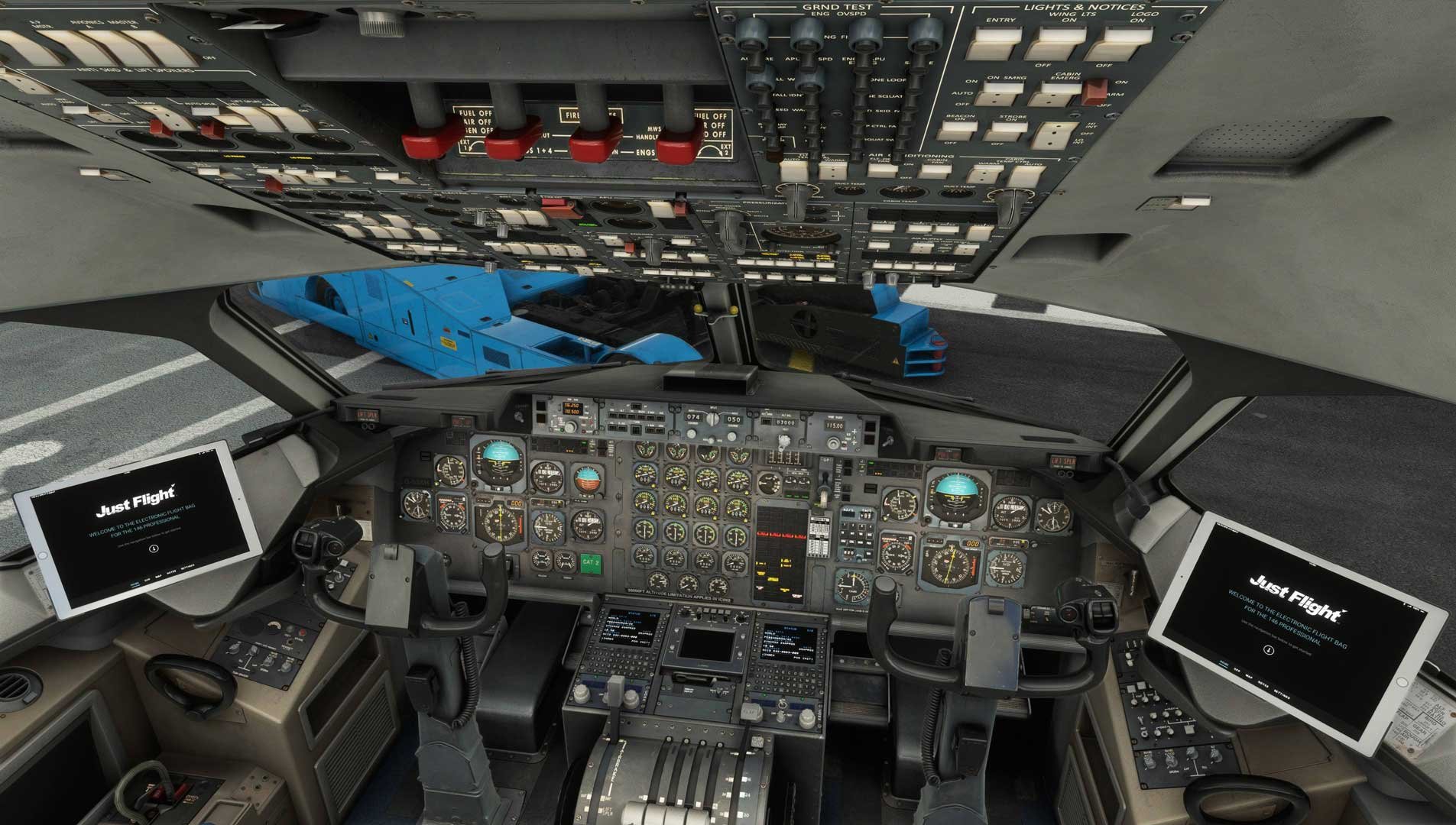 The Captain and First Officer positions are modelled with hundreds of functional switches, knobs and controls. The aircraft features complex custom-coded systems based on real-world FCOMs, including hydraulic, electrical, fuel and pressurisation. The cockpit is also fitted with a functional Thrust Management System (TMS) and comprehensive navigation equipment which includes an FMS. 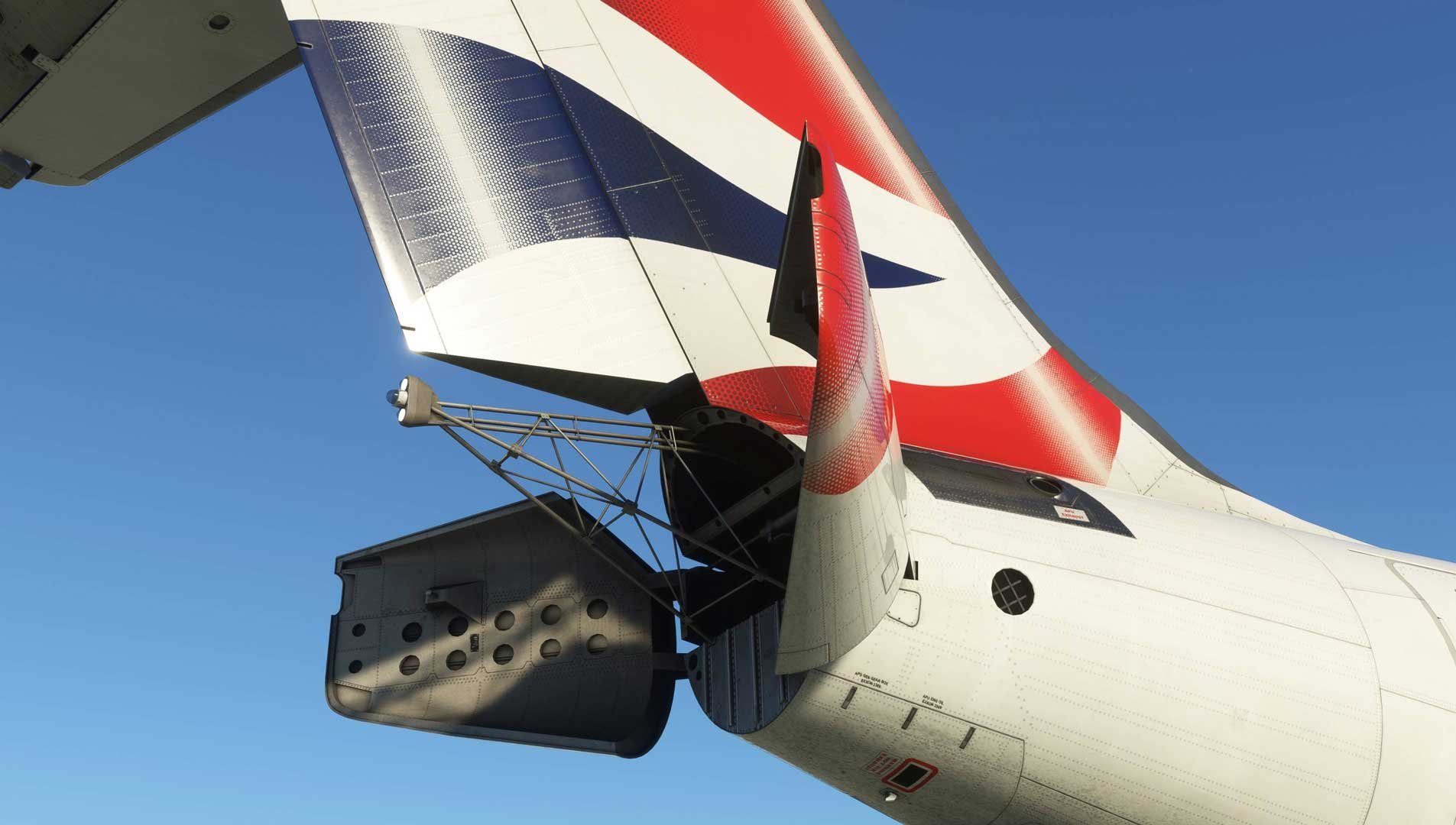 The aircraft sports dynamic lighting and 3D Wwise sounds, with unique flight dynamics for each variant and custom effects from condensation and contrails to realistic exterior lighting.

New features - the 146 Professional has been available for some time in both Prepar3D and X-Plane 11, but the aircraft has undergone an extensive upgrade process to bring it up to the latest MSFS standards, with a significant number of changes to both the visuals and the aircraft systems.