A-20 wins at Oshkosh

Highlight of the Experimental Aircraft Association’s AirVenture show at Oshkosh from 23-29 July may have been the Boeing B-29 Superfortress duo (see News, Aeroplane September) but there were plenty of other even more rare aircraft on show. Among the prizewinners at Oshkosh, the Grand Champion World War Two award went to the San Antonio-based Douglas A-20G Havoc, 43-21709/N747HS, of Lewis Air Legends, which made its maiden postrestoration flight from Chino, California on 15 July 2015. The Collings Foundation’s Spitfire IX BR601/NX645Q from Stow, Massachusetts was awarded Reserve Grand Champion World War Two. The fighter — the sixth MkIX delivered to the RAF — flew again on 31 August 2016 following a two-year restoration by The Spitfire Company at Biggin Hill, Kent (see News, Aeroplane November 2016). An EAA Gold Wrench Award was also presented to the Spitfire Company. Best Bomber went to Doc’s Friends of Wichita, Kansas for B-29 N69972 Doc, and the Antique Grand Champion recipient was Scott Woods of Tiburon, California for his 1937 Stinson SR-9F, N18445. The Judges’ Choice award was presented to the Commemorative Air Force Dixie Wing for Bell P-63A Kingcobra N191H (featured from page 84). 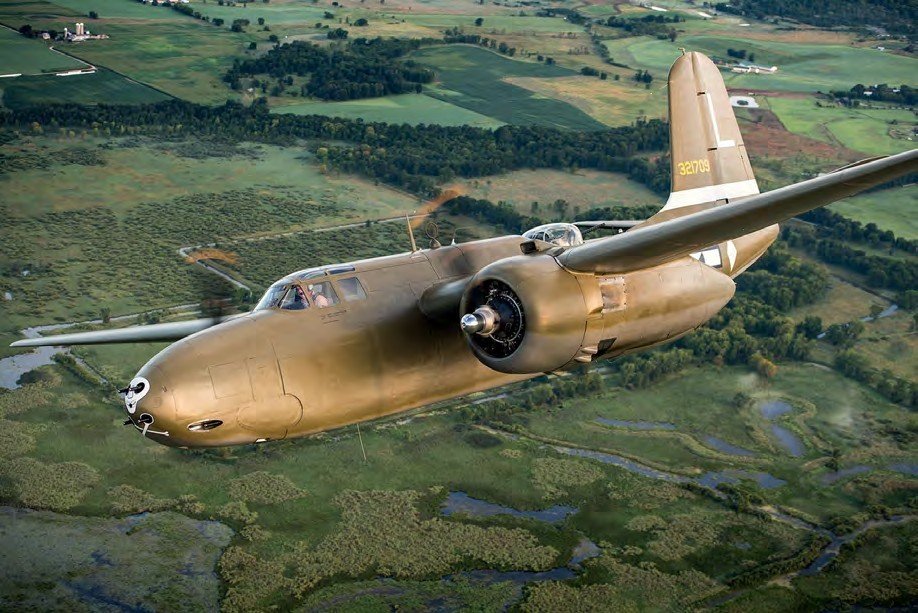 A surprise for British visitors was Riley Dove N772S, thought to be the only Dove airworthy in the USA, and definitely the only Riley conversion still flying. Owned by Don E. Marcrum, the recently refurbished machine is based in Vestavia Hills, a suburb of Birmingham, Alabama. Originally built as an executive Dove 6A at Hawarden in 1956 as c/n 04467, it was soon ferried to Venezuela as YV-P-BAP, serving as a corporate transport for a large electrical contracting company. During 1966 it was acquired by the Riley Aeronautics Corporation at Fort Lauderdale, Florida, and converted to Riley Turbo Executive 400 configuration, the comprehensive rebuild including the replacement of the 380hp DH Gipsy Queen engines with 400hp Lycoming IO-720s, a swept fin, modifications to the wings for greater aerodynamic efficiency, a new ‘centrestacked’ instrument panel, and a restyled interior. It returned to Venezuela, and in 1969 was traded to an aircraft dealer in Miami. The aircraft was then sold to an owner of Service Auto Rentals in Sarasota, Florida, who used it until his death in 1986. It didn’t fly again until 1993, when Thomas C. Hudson of Bessemer, Alabama, acquired N772S and had it totally restored. It moved 20 miles west to Vestavia Hills after being purchased by Don Marcrum in September 2012. 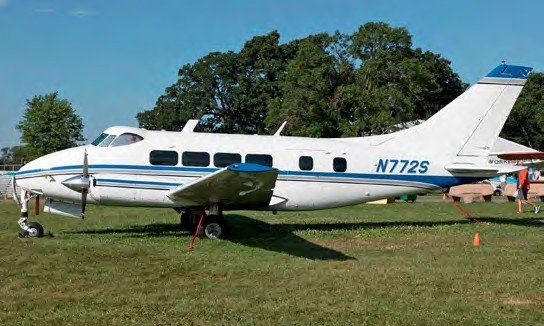