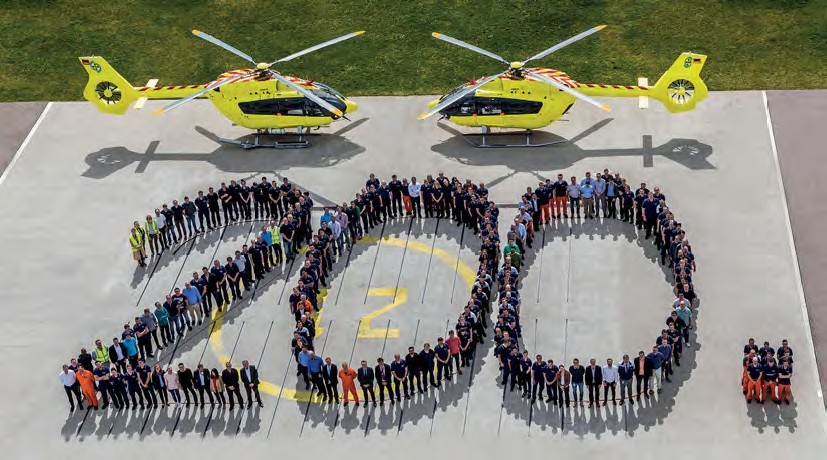 AIRBUS HELICOPTERS announced on May 2, 2018, that it had delivered the 200th production H145M helicopter to Norsk Lutfambulanse (NOLAS) at the end of April.

The helicopter, LN-OOT (c/n 20200), is also the final helicopter for NOLAS under the current contract and will be utilised for Helicopter Emergency Medical Services (HEMS) operations at nine bases throughout Norway. The bases are at Arendal, Bergen, Dombås, Eel, Evenes, Førde, Lørenskog (two helicopters), Stavanger and Trondheim.

With the latest delivery, NOLAS now has eight H145s and seven H135s in service across the country. Airbus Helicopters said that the Norwegian company is currently the only air ambulance company to operate an entire fleet of helicopters fitted with its Helionix avionics suite. NOLAS will commence operations as Norway’s national HEMS service provider on June 1, 2018.

Airbus Helicopters also said that the worldwide H145 fleet had achieved more than 100,000 flight hours since the type was introduced into service in 2015. The overall H145 family of helicopters, which encompasses the BK117, EC145 and H145 has accumulated over five million flight hours and more than 1,400 helicopters have been delivered to date.