In case you missed it: 2021's top historic news

We know our readers have busy lives, and may have missed some of this years top historic aviation news. Fear not, we've rounded it all up so you can refresh yourself!

The Vulcan to the Sky Trust (VTST) released a statement in November explaining that it has until just the end of 2021 to hit its fundraising target of £2.2 million needed to secure a mortgage and build a new home for Avro Vulcan XH558. Without the funding, the future of Operation Safeguard could be at risk.

Michael Trotter, business development director, at The Vulcan to the Sky Trust (VTST) said: “This is a huge ask. We need to raise the funding in weeks to enable us to build the hangar and to get XH558 undercover. We are calling on people from across the country with an interest in heritage, aviation and the Climate Challenge to get behind this project and help us to create a venue that will inspire generations for decades to come, and through our Green Technology Hub investigate solutions to greener travel.”

People can support the campaign by adding a name to the aircraft and contributing to the Trust’s work to build the new hangar creating a brighter future for heritage aircraft preservation, restoration and operation. Names will be added permanently under the delta-wing of Vulcan XH558, on the bomb bay doors and undercarriage doors for a donation of £50, and on other designated areas for a donation of £30. Each dedication comes with a personalised certificate that acts as a commemorative receipt for the requested donation.

Businesses can support via the Vulcan 558 Executive Alliance – a membership group open to businesses from across the UK. Any company that joins the Executive Alliance will, in return for sponsorship, receive a package of benefits including having their name displayed on a dedicated members’ wall in the new hangar. https://vulcantothesky.org/executive-alliance/

9. Seafire returns to the skies after work at Old Warden

Supermarine Seafire F Mk.XVII SX336 flew for the first time in around five years on November 18 from Old Warden in the capable hands of Stu Goldspink. The aircraft’s return follows a period of extensive maintenance at the Bedfordshire aerodrome. 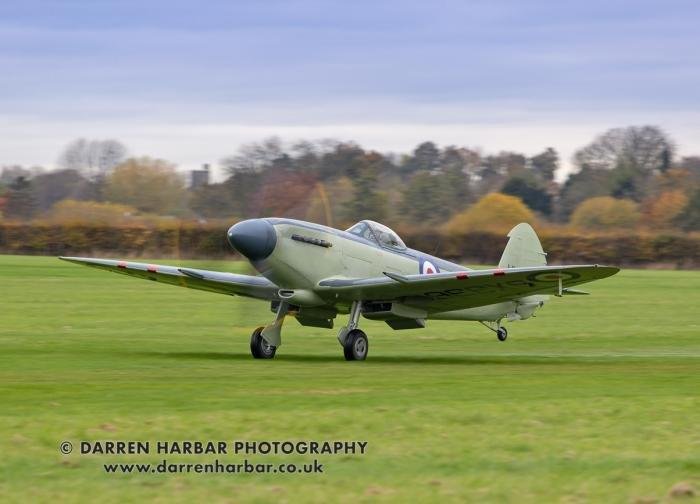 8. BBMF leader to move on this October

Back in October 2021, command over the Battle of Britain Memorial Flight changed hands. Previous Officer Commanding Squadron Leader Mark’ Disco’ Discombe AFC stepped aside to welcome in the new O/C Mark 'Suggs' Sugden, who will now command the BBMF for the next three years up to the end of the 2024 display season.

Want to get to know the new O/C? Key Aero met with Suggs for an in depth interview about the direction he plans to take the flight in. Watch the series here!

One of the RAF’s most senior squadrons was reformed at RAF Brize Norton, Oxfordshire, on September 28 2021 when 30 Squadron became the second operational Airbus Atlas C.1 unit.

6. Mosquito makes first engine runs in over half a century

De Havilland Mosquito FB.VI TE910 (NZ2336), part of the collection assembled by the late John Smith in New Zealand, fired up its two engines for the first time in 52 years on November 8.

Built by Standard Motors as an FB.VI for the RNZAF, it was delivered in April 1947, before being sold on to John several years later. The aircraft remained in storage for more than 60 years until, along with several other exhibits, it was transferred to the Omaka Aviation Heritage Centre, near Blenheim, for restoration in September 2020. 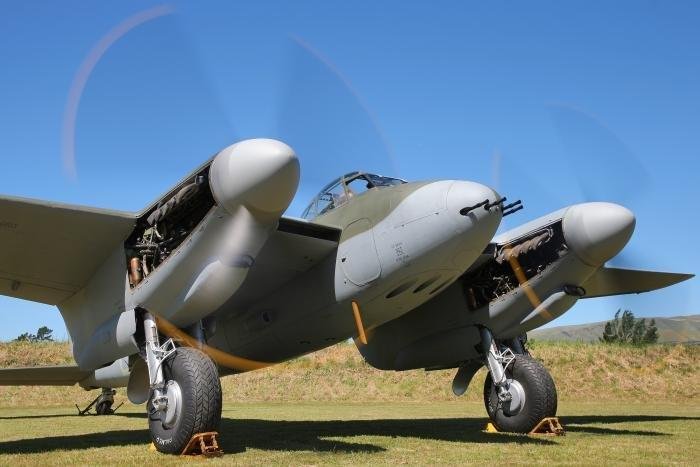 In a workshop in western Sweden, one of the country’s most ambitious aircraft restoration projects, a Heinkel He 111H-3, has been gradually taking shape...

On 22 September 2021 the Historic England-backed Military Aviation Heritage Networks announced a new heritage trail to highlight the rich aviation history of East Anglia, following on from a similar No 11 Group, Fighter Command trail that was launched during August.

The East Anglia trail features 30 historic airfields, museums, memorials and aviation sites concerned with aviation history, ranging from First World War aerodromes that protected the UK from airships and bombers to Cold War bases for ‘V-bombers’ and missiles. It includes an array of historic buildings and features the ‘V-bomber’ base at RAF Marham, a radar transmitter block, the anti-aircraft gun dome at Langham, control towers and numerous airfields and hangars featuring fascinating collections of aviation heritage that are accessible to the public.

Focke-Wulf Fw189, Werke Nr 2100, is believed to be the sole surviving example of this distinctive Kurt Tank designed type. The twin-boom, twin engine, heavily glazed aircraft was the main reconnaissance type used by the German Forces on the Eastern Front during World War Two and became known as ‘The Flying Eye’. Now it is on the search for a new custodian.

Reports state that the wreckage of the aeroplane was found in forest near Loukhi, south of Murmansk, Russia. It was there, in Arctic conditions, that the aircraft remained for 52 years. It was recovered from the forest by helicopter in 1992 and transported back to the UK by air, road and sea, where it then went into storage.

Spectators were given two opportunities to see the spectacular sight of Vulcan XL426 streaming her brake parachute at London Southend Airport this year. 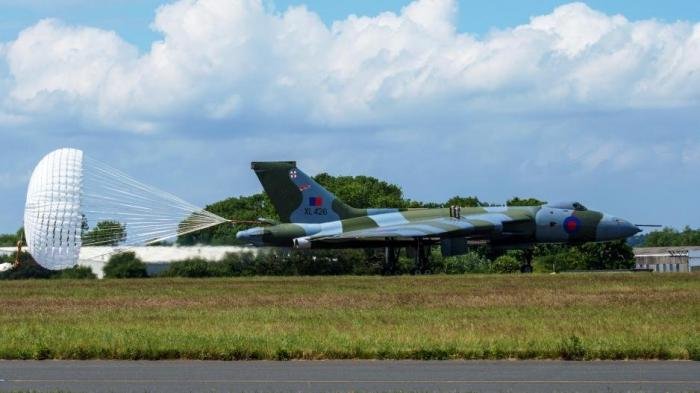 The Lincolnshire Aviation Heritage Centre released a statement in July 2021 regarding the efforts to return Lancaster NX611 to flight.

The Lincolnshire Aviation Heritage Centre (LAHC) have been working with les Ailes Anciennes at le Bourget in France to create a plan that can help both Avro Lancaster NX611 and Avro Lancaster NX664 in their eventual return to flight conditions.

Want to make sure you never miss out on the historic aviation news again?

Make sure you're subscribed to our weekly 'History in the Air' newsletter. It's completely free and arrives once a week every Friday with a round up of historic news and features for you to feast your eyes upon!

Start getting it now by signing up here