Built in the golden age of aviation, JFK's TWA Hotel has a long and vibrant history. Martyn Cartledge travelled to the Big Apple to discover its past and experience its present. 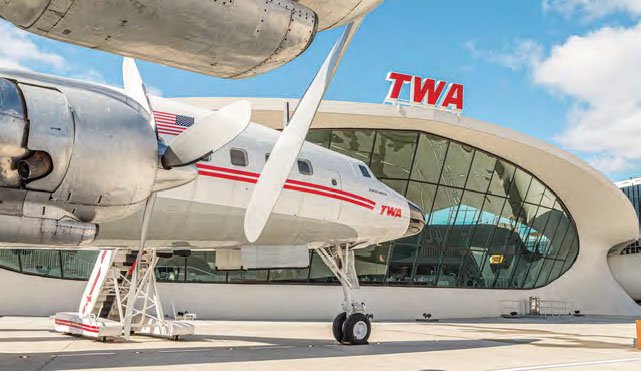 Lockheed L-1649 Starliner, N8083H (c/n 1038), stands pride of place outside the TWA Hotel. The propliner is one of only four examples of the Constellation variant still in existence. All photos author unless stated

Journey anywhere in the world and you’ll find hotels big and small flanking airports. However, one differs from the rest: the TWA Hotel. Nestled in the centre of New York’s John F Kennedy Airport, it has a sense of style and character that typifies its era. It opened its doors on May 28, 1962, as the exclusive terminal for Trans World Airlines TWA) at what was then New York/ Idlewild airport.