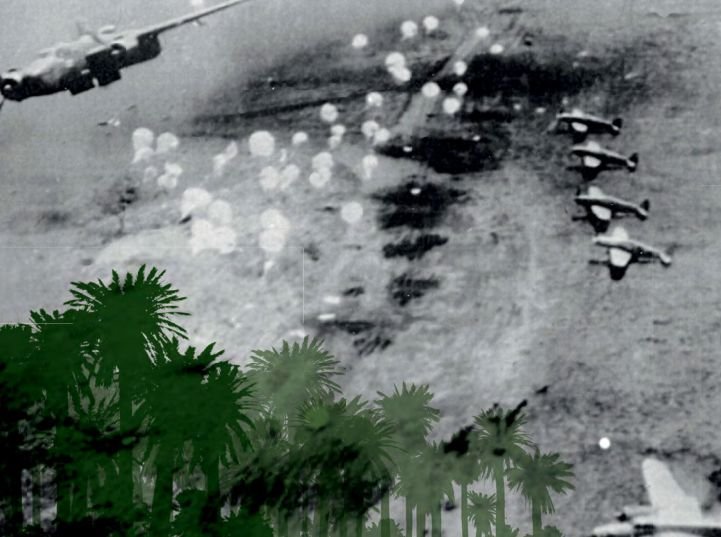 The 501st BS leading a raid against the airfield at Dagua on February 3, 1944. Note the large number of para-frag bombs going down. M J EPPSTEIN

Settling in at Columbia Army Air Base in South Carolina in November 1942, the trainee crews knew they had a lot to live up to. Nine months earlier, new recruits undergoing familiarisation on the USAAF’s latest bomber, the North American B-25 Mitchell, were asked to volunteer for a hazardous mission.

Those who rallied to the call became the famous ‘Doolittle Raiders’, flying B-25s off the carrier USS Hornet on April 18 on a oneway retaliatory raid on Tokyo. The air force had begun to strike back after Pearl Harbor.