//42 has announced the 737 Immersion V2 for Prepar3D version 4 for the PMDG 737NGXu is now available on Orbx Central. 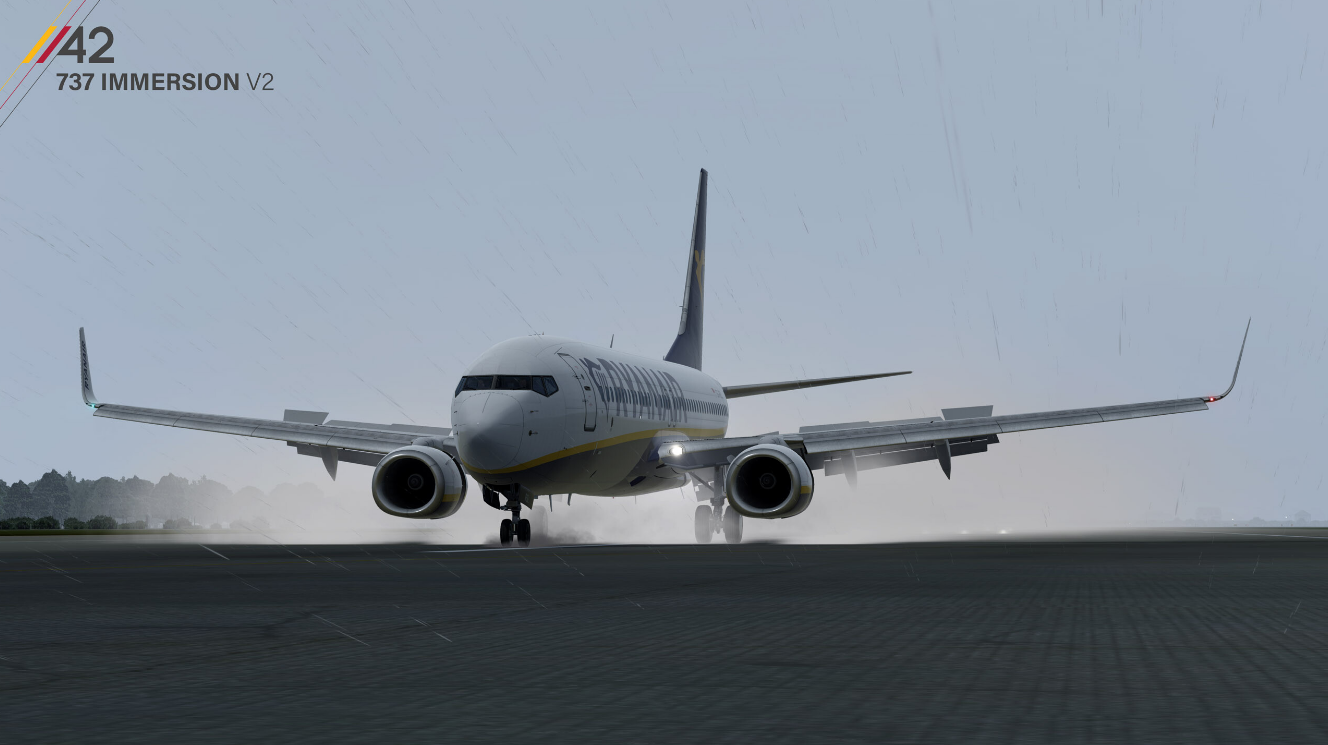 The package comes with a custom configuration tool for enabling or disabling various effects directly from the interface. It is designed for minimal performance impact and memory usage.

Other highlights include smoke on the wheels during touchdown wheel, engine start-up smoke under cold conditions, brake dust effects when retracting the landing gear, water vortex from the ground into the engine and lateral blast on rotation.