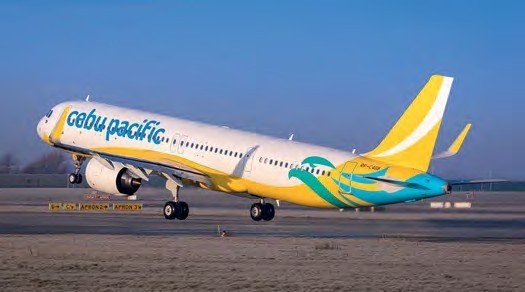 The Manila-based airline already operates 43 A320 Family aircraft and eight A330- 300 widebodies and the initial A321neo is the first of 32 it will receive directly from Airbus. Cebu’s A321neo are configured with 236 seats single-class.

Cebu’s A321neo order is another example of the preference from airlines for larger single-aisle airliners; the carrier has ordered only seven examples of the baseline A320neo as it looks to expand its operations. The larger seat count of the A321neo will also assist the airline in optimising for capacity at its slot-constrained Manila hub. The airline’s aircraft are configured with 236 seats.

Cebu was originally due to be one of the first operators of the PW1133G-JM-powered A321-271N variant of the A321neo. However, the engine supply problems affecting production and deliveries led it to postpone delivery of the aircraft.