Airbus has rolled out the first example of the latest A330 variant, the A330-900neo, F-WTTN (msn 1795), from its Toulouse Final Assembly Line following painting. The aircraft will now have its Rolls-Royce Trent 7000 engines installed before ground tests begin. Airbus’s schedule calls for the A330-900neo to undertake its first flight in the first quarter of this year, with certification and delivery to launch operator TAP Portugal in spring 2018.

The A330-900neo and its stablemate A330-800 were launched in 2014 and aim to reduce fuel consumption by 14% per seat from the current A330- 200 and A330-300. In addition to the new Trents, the updated aircraft feature Sharklet wingtip devices and improved aerodynamics. Customer aircraft will have a new cabin design called Airspace featuring LED mood lighting, wider seats, larger overhead storage bins and new galley/lavatory options. Airbus has sold 214 A330neos. 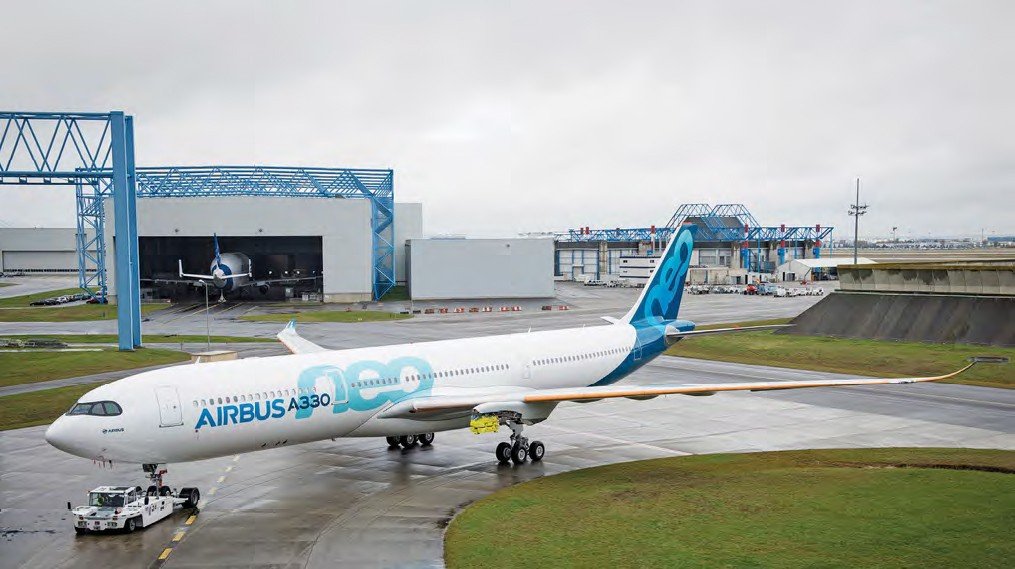 The first A330-900neo rolled out late in December. Note the Sharklet wingtip devices and the ‘shades’ cockpit design, two of the main visual differences from older A330s.
A Doumenjou/Airbus