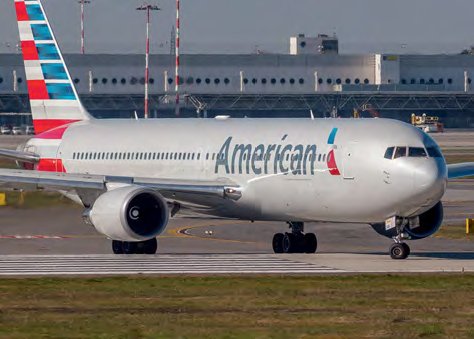 All 170 occupants of American Airlines Boeing 767-323ER, N345AN (c/n 33084), escaped after it experienced an uncontained engine failure during take-off from Chicago/O’Hare on October 28.

According to the National Transportation Safety Bureau (NTSB), one piece went “through the inboard section of the right wing, over the fuselage and into a UPS warehouse facility”.

The crew aborted the take-off and an evacuation was carried out, with 21 people receiving minor injuries. The emergency services put out the fire. Investigations revealed that “one of the fractures exhibited features consistent with fatigue cracking initiating at an internal inclusion near the forward side of the hub’s inner bore”. The NTSB confirmed the disk had 10,984 cycles and had a life limit of 15,000 cycles. The investigation continues.