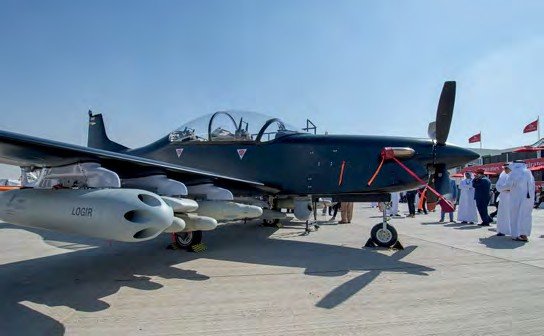 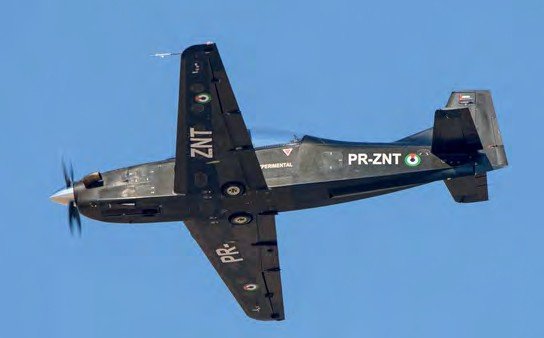 ONE TRAVELS to air shows in faraway countries to see local, exotic exhibits. The local hero of last year’s Dubai Air Show, was the B-250 Bader light attack aircraft, displayed by Abu Dhabi-based company Calidus. The aircraft was advertised at the show as the first combat aircraft ever developed in the United Arab Emirates.

The B-250 strongly resembles the Embraer Tucano. No wonder: the B-250 was designed by Hungarianborn, Brazilian-based Joseph Kovács, who is behind both aircraft. Kovács currently works for Brazilian company Novaer, which is part of the Bader programme, along with the Emirati company Calidus.

Two prototypes were at the Dubai Air Show, both built by Novaer at its facility in São José dos Campos, Brazil. Calidus is currently building a new production plant at Al Ain, Abu Dhabi, where B-250 series production will be launched.

Prototype B-250 with Brazilian civil registration PR-ZNU was on static display; the other example, PR-ZNT, also painted black, participated in the flight display. According to a company spokesperson, since the B-250’s first flight in July 2017, the two prototype aircraft have accumulated more than 50 flight hours.

In contrast to the Tucano, the Bader was designed from scratch as a closeair support, intelligence surveillance and reconnaissance, and counterinsurgency aircraft. Training is a secondary role and is advertised as low-cost in operation; the cost of one flight hour reportedly does not exceed $1,200.

The B-250 is a bit bigger than the Embraer Tucano. It is powered by a Pratt & Whitney Canada PT6A-68 turboprop, rated at 1,600shp and equipped with the Rockwell Collins ProLine Fusion avionics suite (Bader is the first attack aircraft to use the system) and an L-3 MX-15 multisensor imaging and lasing turret mounted under the fuselage.

The B-250 is made almost entirely of carbon fibre composite and is capable of carrying up to 1,796kg (3,960lb) of weapons on six underwing pylons and one ventral pylon. PR-ZNU was displayed with GPS-corrected P3 bombs made by the Emirati Tawazun Dynamics company, South Korean 70mm (2.75-inch) LIG Nex1 LOGIR infraredcorrected rockets, small DS-16 guided bombs, and 70mm (2.75-inch) Avibras Skyfire-70 unguided rockets. 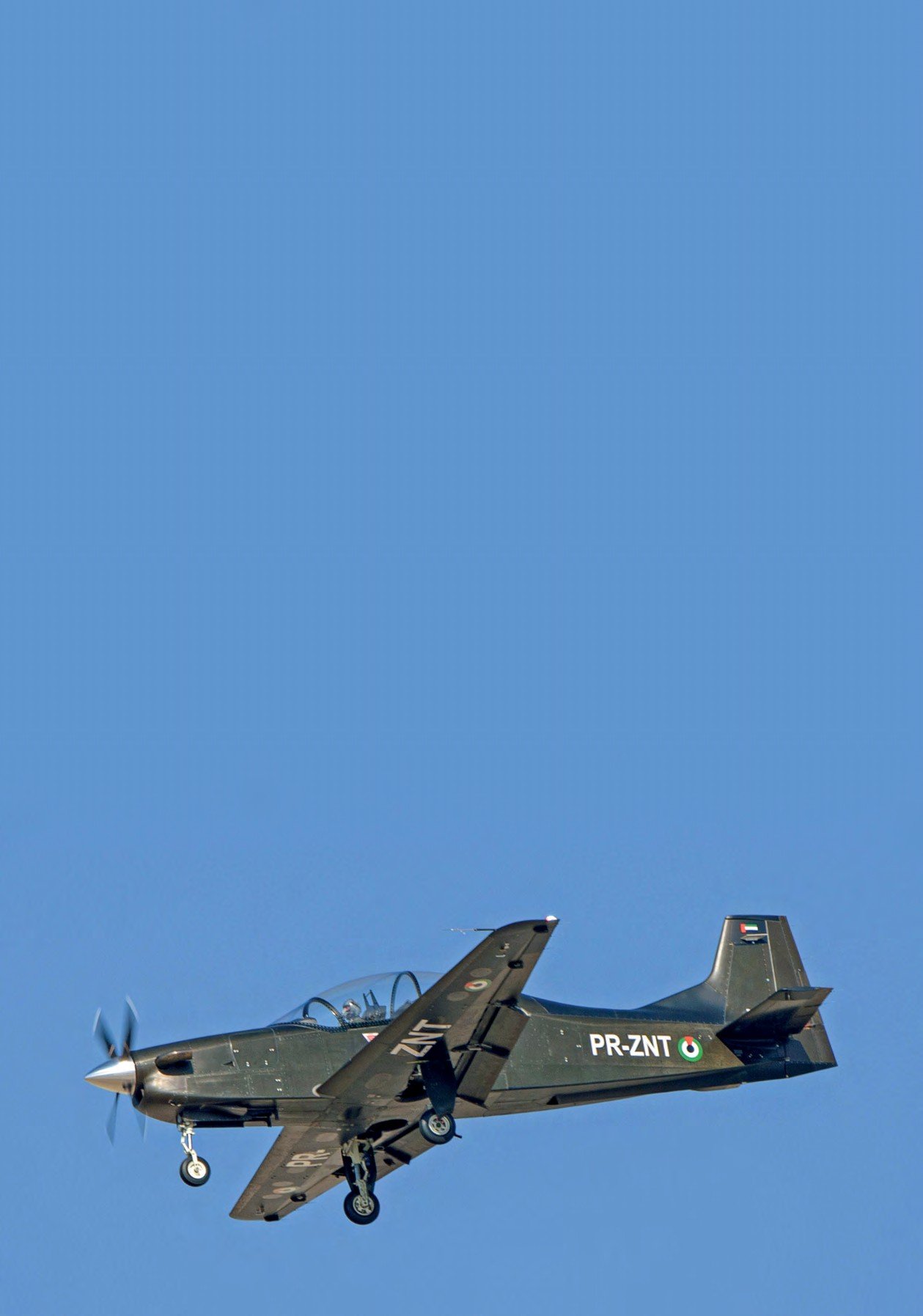 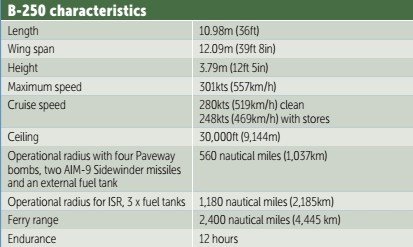