The US Navy is considering ways to accelerate the phase-out of F/A-18C Hornet strike fighters from its carrier air wings and replace the last few squadrons with F/A-18E Super Hornets. 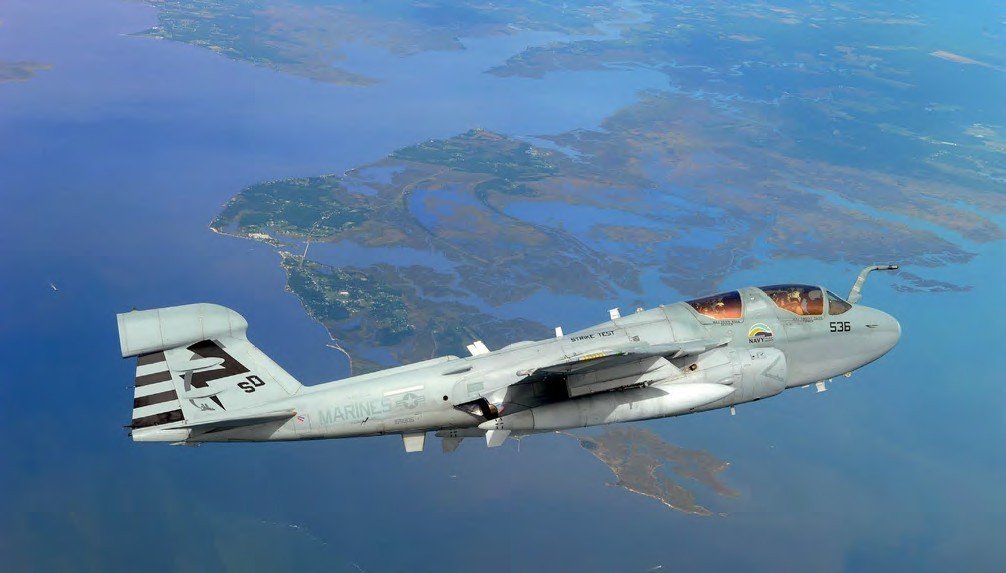 Cdr Jeannie Groeneveld, public affairs officer for Commander, Naval Air Forces said: “As we balance operational requirements and our initiatives to build the most capable and ready forwarddeployed force, we are identifying the most efficient and effective way to safely transition the last four operational Hornet squadrons to Super Hornets.

The other three F/A-18C squadrons, all based at Naval Air Station Oceana, Virginia, are VFA-34 ‘Blue Blasters’, VFA-37 ‘Raging Bulls’ and VFA-83 ‘Rampagers’.

Groeneveld said: “Accelerating the transition to Super Hornets will allow cost savings and reduce depot maintenance workload. As the Navy approaches the end of the extended service life for Hornets, the cost per flight hour continues to increase. Additionally, there are shortages in the Department of the Navy’s spare parts and supply system that have contributed to flight line readiness challenges, as well as our ability to extend the service lives of the airframes.”

He also said the transitions give the Navy the opportunity to select its best-condition Hornets for use by the US Marine Corps and by Navy support and reserve units, such as the Naval Aviation Warfighting Development Center, Fighter Composite Squadron 12 (VFC- 12) ‘Fighting Omars’, reserve squadron VFA-204 ‘River Rattlers’ and the Navy’s Flight Demonstration Squadron, the Blue Angels: “The Navy is confident it will be able to continue to support all operational requirements as it completes transition of the Hornet fleet to Super Hornets.”

Congress has supported the Navy’s requirements for increased Super Hornet procurement to bridge the gap to the fleet introduction of the F-35C Lightning II strike fighter. The first fleet squadron to transition to the F-35C will be VFA-147 ‘Argonauts’ in 2018.

The US Navy’s civilian official in charge of unmanned systems said the service will be moving at a faster pace to field unmanned aircraft on aircraft carriers. Speaking at the Defense News Conference on September 6, Deputy Assistant Secretary of the Navy for Unmanned Systems, Frank Kelley said: “The navy is committed and will have a platform running on and off a carrier.”

Kelley said the Chief of Naval Operations (CNO), Admiral John Richardson, last month visited the programme office for the MQ-25A Stingray unmanned aerial vehicle — intended to operate from carriers and refuel other aircraft in the carrier air wing — to get a detailed look at the programme.

Kelley said: “The CNO was pretty pleased with what he saw, and he told them to continue to press,” noting that the CNO talked with programme engineers and other officials at Naval Air Station Patuxent River, Maryland. “I consider that to be a commitment on the Navy’s part to continue on with the MQ-25 programme as it exists today. The MQ-25 is one of those programmes that is in [the] CNO’s crosshairs for an accelerated acquisition process.”

Kelley also said that Congress is encouraging the Navy to move faster on unmanned carrier aviation and expects the service to move at a faster pace.

The US Navy is expected to soon release a request for proposals from industry for the MQ-25 design. Asked by a reporter about the prospects of an unmanned fighter aircraft in the US Navy’s future force, Kelley said: “That might take a while.”

The Navy’s last EA-6B Prowler electronic attack aircraft was retired on August 29, 2017, in ceremonies at Naval Air Station Patuxent River, Maryland, according to a Navy spokesman.

The EA-6B Prowler, believed to be aircraft BuNo 159909/SD536, flown by Air Test and Evaluation Squadron 23 (VX-23) ‘Salty Dogs’, endured long after the Navy retired the EA-6B from operational fleet service in 2015. It was used by VX-23 for various test events in support of electronic warfare technology development and in particular to support the remaining EA-6B squadrons in the US Marine Corps: Marine Tactical Electronic Warfare Squadron 3 (VMAQ-3) and VMAQ-2. They will be retiring their Prowlers in 2018 and 2019, respectively.

The US Navy no longer operates any lighter-than-air aircraft, again.

The service retired its single MZ-3A blimp and has offered it up for auction, according to an announcement on the website of the General Services Administration. The blimp has been inactive since June 2016, when it was deflated, disassembled and stored at Joint Base Dix-McGuire-Lakehurst, New Jersey, a site of the Navy’s airship operations since before World War Two.

The Navy acquired a single MZ-3A, a modified A-170 commercial airship built by the American Blimp Corp, in 2006 as a platform for sensor evaluation. It has been operated intermittently, including testing at Yuma, Arizona, and for the US Fourth Fleet. In recent years, it was photographed with a large towel rack antenna array installed along the top of the blimp. The purpose of the array is not known.

Built with an aerial refuelling capability, only now is the Navy gearing up to use the capability, almost four years after the aircraft’s first deployment. The capability will extend the range and endurance of the P-8A, allowing for more time on station and longer transits. Wilharm said his squadron completed its first aerial refuelling fiight on August 1 over Tennessee, teaming with a KC-135 Stratotanker from the Tennessee Air National Guard.

The first deployment of a P-8A squadron qualified for aerial refuelling is scheduled for 2018.

Since 1995, MH-65 helicopters have been stationed at Traverse City for search-andrescue missions throughout the Great Lakes region. All but one have been transferred to Helicopter Interdiction Tactical Squadron 1 (HITRON-1) at Jacksonville, Florida. The other has been assigned to the Aviation Training Center at Mobile, Alabama. Coast Guard Air Station Traverse City has completed transition to the MH-60T Jayhawk, which the service has identified as the helicopter most suitable for operations in the region.

According to an official US Coast Guard press release: “While assigned to Air Station Traverse City, MH-65 helicopters flew more than 63,000 hours, with 11,861 in support of search and rescue. Over 32 years of service across the Great Lakes, Traverse City’s MH-65 crews responded to nearly 4,600 distress calls, saved 208 lives, and assisted 365 others.

To date, the X-47B Unmanned Combat Air System is the only unmanned air vehicle to have operated from a US Navy super carrier
Mass Communication Specialist Seaman Alex Millar/Released/US Navy