Aerion to partner Lockheed Martin for AS2 development 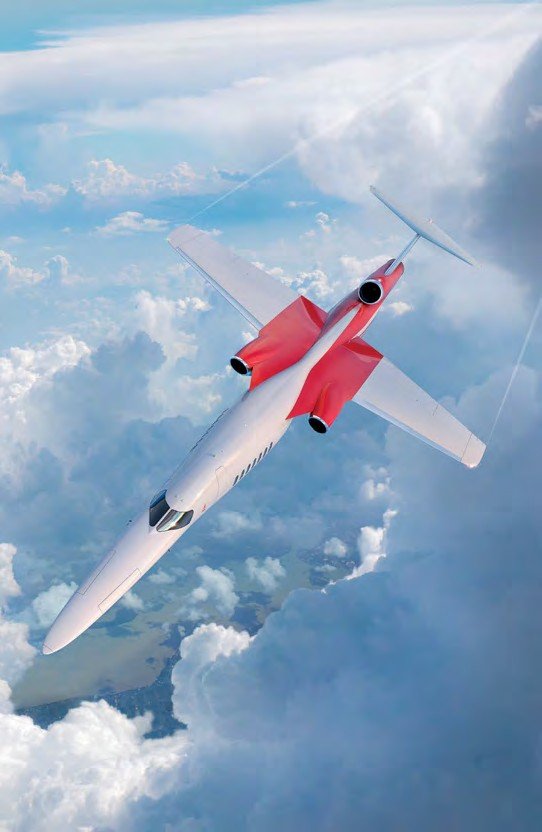 The Aerion AS2 has a wing span of 77ft, an overall length of 170ft, with a tail height of 22ft.
Aerion Supersonic

AERION HAS announced it will explore a partnership with Lockheed Martin to develop jointly its AS2, the world’s first supersonic business aircraft.

The memorandum of understanding (MoU) between the two companies was signed in Washington on December 15 and will define a formal and gated process to study the feasibility of joint development. Aerion and Lockheed Martin will work together over the next 12 months to develop a programme to consider the engineering, certification and production of the AS2.

Orland Carvalho, Executive Vice-President of Lockheed Martin’s Aeronautics division, said: “We are excited to work with Aerion on their development of the next-generation, effcient supersonic jet that will potentially serve as a platform aircraft. Following our initial review of Aerion’s aerodynamic technology, our conclusion is that the Aerion AS2 concept warrants the further investment of our time and resources. We are committed to remaining on the cutting edge of aerospace technology and we are excited to examine the contribution we might make to working with Aerion on making aviation history.”

Based in Reno, Nevada, Aerion was formed in 2003 with the aim of introducing a practical and efficient supersonic aircraft to the civil market and, in conjunction with NASA, has developed an advanced wing design to support the concept. The company has also been working on the structural design and the aerodynamics of the AS2 concept for the past two-and-ahalf years through an engineering collaboration with Airbus.

Commenting on the agreement, Brian Barents, Aerion’s Executive Chairman, said: “We are grateful for Airbus’scontribution to the programme [and] we could not have moved the programme forward to this stage without their support.”

At the European Business Aviation Conference and Exhibition in Geneva in May 2017, Aerion also announced it would team with GE Aviation to define and evaluate a final engine configuration, under a framework similar to the MoU with Lockheed Martin.

The AS2 is designed to accommodate 12 passengers and have the capability of flying between Los Angeles and Paris. Aerion says the aircraft will be capable of flying at Mach 1.4 over water and over land it will fly at almost Mach 1.2, without generating a sonic boom because of the supersonic natural laminar flow wing design. 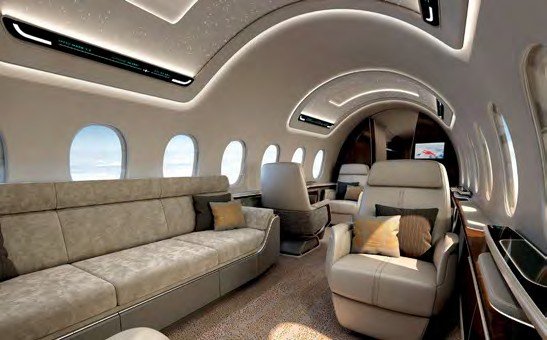 The company said: “Once fielded it will reduce transatlantic trips by as much as three hours, enabling business leaders to fly roundtrip between New York and London in a day.”

The launch customer for the aircraft is North American fractional operator Flexjet, which announced a firm order for 20 aircraft at the National Business Aviation Association Business Aviation Convention & Exhibition (NBAA-BACE) in Las Vegas in November 2015.

Speaking at that NBBA-BACE, Flexjet chairman Kenn Ricci said: “Throughout its history, Flexjet has been on the leading edge of aviation technology, introducing advanced performance to our owners. Today, we are proud to be at the forefront of the next revolution in business jets: supersonic travel. We are pleased to be the first fleet purchaser of the Aerion AS2 and to be able to offer supersonic, intercontinental flight capabilities to our owners. We have examined Aerion’s technology and the AS2’s remarkable performance capabilities, and see them as potential game-changers for business travel.”

The first flight is currently planned to occur in 2023, followed by certification in 2025, two years later than scheduled when Flexjet placed the order.