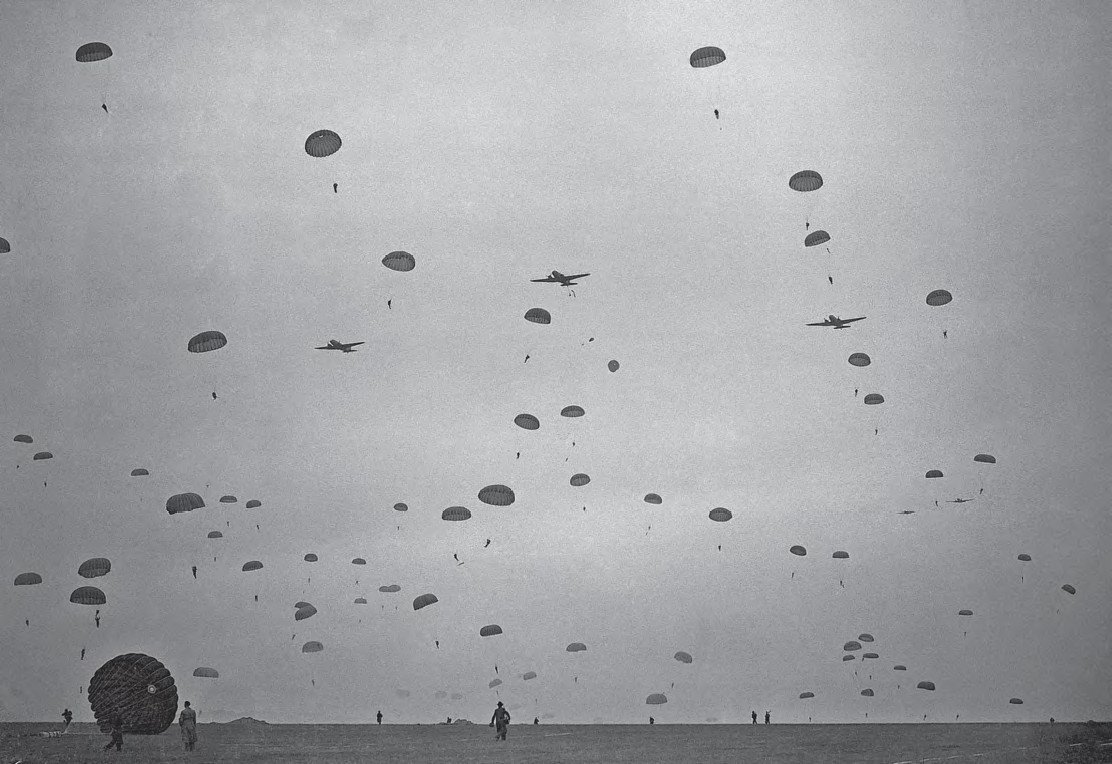 Waves of RAF Dakotas stream in over Netheravon during the paratroop-dropping phase of Exercise ‘Longstop’.
ALL PHOTOS AEROPLANE

As of 1947, Britain’s airborne forces and its military air transport fleet were straddling two eras. On the one hand, they had at their disposal capabilities that were soon to become obsolete: troop-carrying gliders, for example. On the other, while new aircraft like the Handley Page Hastings were still to enter service, the likes of the Douglas Dakota and Avro York remained very capable, as would be proved the following year when the Berlin blockade demonstrated the growing Soviet threat.