First flown on January 21, 1928, the Bristol Bulldog was designed as a single-seat interceptor fighter and has been described as ‘one of the most perfectly proportioned fighters to enter service with the RAF’. Being extremely manoeuvrable, the Bulldog was used in many aerobatic displays, most notably the popular Hendon air pageants of the 1930s. In the early 1930s, Bristol Bulldog Mk IIAs were the standard equipment of 10 of the 13 fighter Squadrons forming the UK air defence. 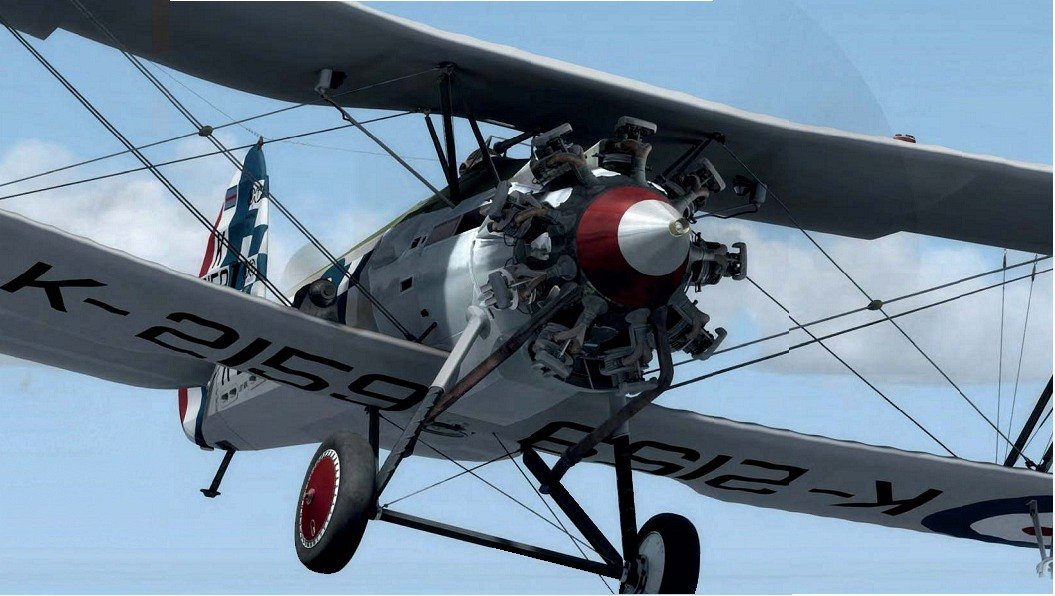 Aeroplane Heaven’s depiction of the Bristol Bulldog’s cockpit is both accurate and fully appointed.

The rendition of the Bulldog under review here, from Aeroplane Heaven (AH), is the MK IIA and it is in fact the second time that the developer has modelled this particular aircraft; the first iteration being released 16 years ago. According to AH’s owner Barry Bromley, one of the reasons for revisiting this subject was ‘to take advantage of new technologies and give the aircraft the treatment it deserves.’ So, let’s see if AH has achieved its objective.