He could have had a career as a vet. Instead, this enthusiastic French businessman became one of Europe’s top warbird owner-pilots 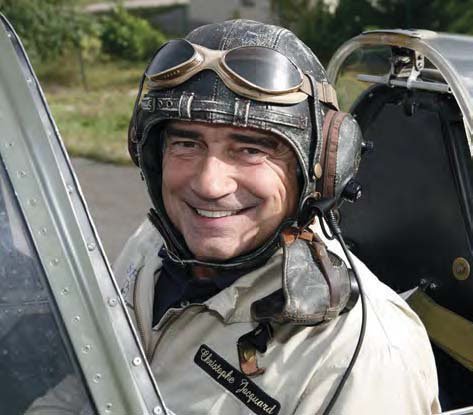 Life can take you in unexpected directions. As one door closes, another opens, with all that can bring. New possibilities present themselves, hitherto undreamed-of opportunities become reality. This was definitely the case for Christophe Jacquard (pictured above). For reasons beyond his control, his desired career path was suddenly closed off . Undeterred, he headed down a route he’d never previously considered, and was very successful at it. With sufficient means at his disposal, aviation — eventually, historic aviation — became more attainable.