Rothera station in Antarctica sports some of the most picturesque views on the continent. Located on a rocky outcrop and overlooked by a massive glacier dotted with mountains to the west, it is surrounded by sea on all other sides with a line of the majestic mountains of the Antarctic Peninsula visible to the east on clear days.

The runway is squeezed between the base and hangar buildings and the sea at both ends. To complete the scenery, Aerosoft has also added the remote bases of Fossil Bluff and Sky Blu even further south. 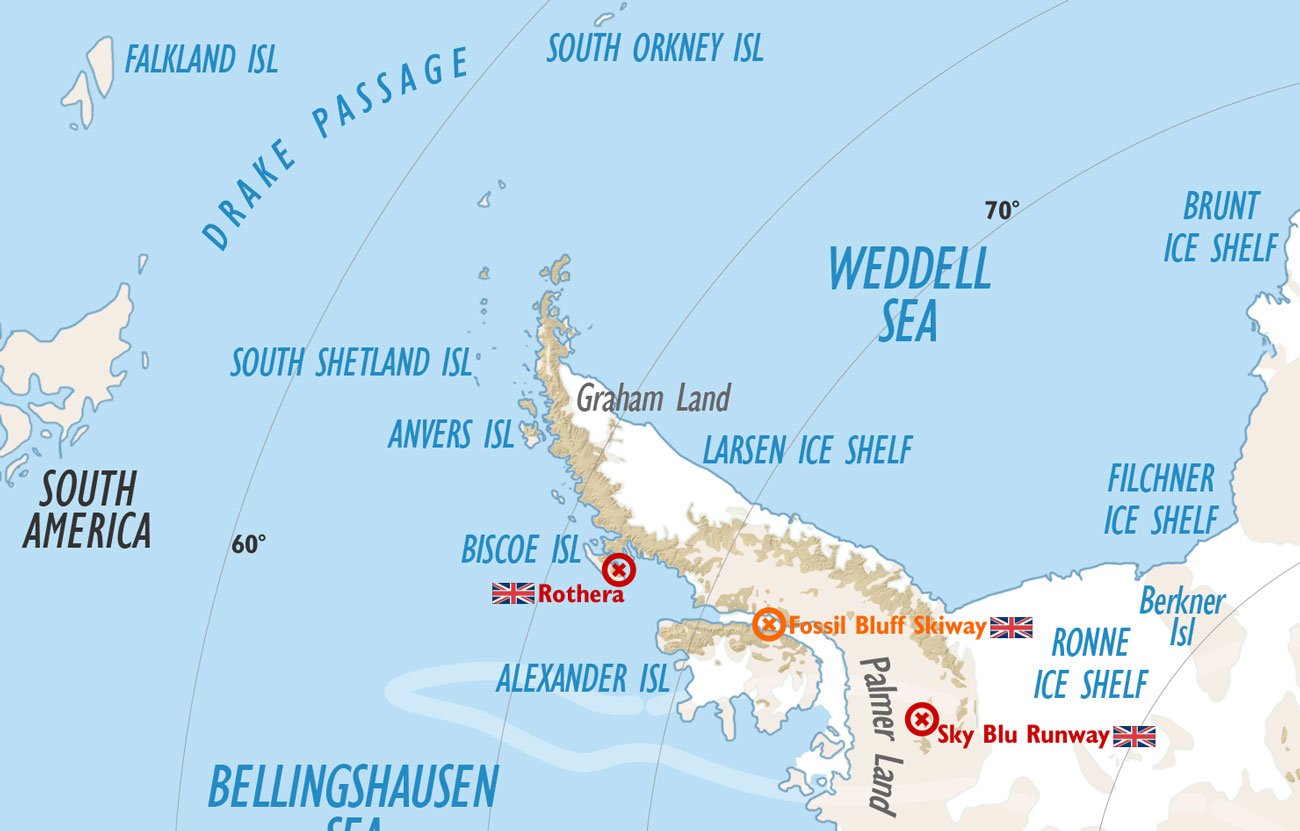