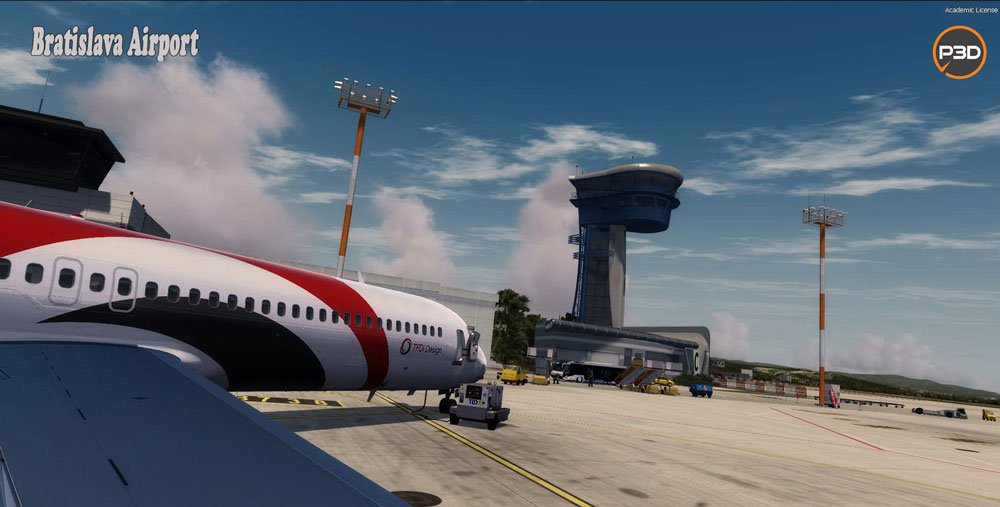 The largest international hub in the Slovak Republic is recreated in detail with accurate airport buildings such as the Austrian Airlines Technik Bratislava hangars.

It features accurate runway and taxiway lighting, which depends on weather conditions such as reduced visibility, rain and snow. Other highlights include vehicles, including fire fighting trucks and fuel tankers, which are based on actual service vehicles used at the airport.

The scenery comes with a coverage area of 125 km2, which includes Bratislava city. Additionally, the vegetation changes according to the season so in autumn, the leaves change colour and the trees are covered in snow during winter.

Animations include windsocks, passengers and airport staff, including technicians and a flight crew with pilots and flight attendants on a Ryanair Boeing 737.

An optional SODE file is required for a snow-covered runway during the winter months and wet surfaces and puddles when it rains.

Bratislava Airport is available on Aerosoft’s online shop for €24.15.