Aerosoft has announced Liepaja Airport for Prepar3D V5.2 is now available as a download. 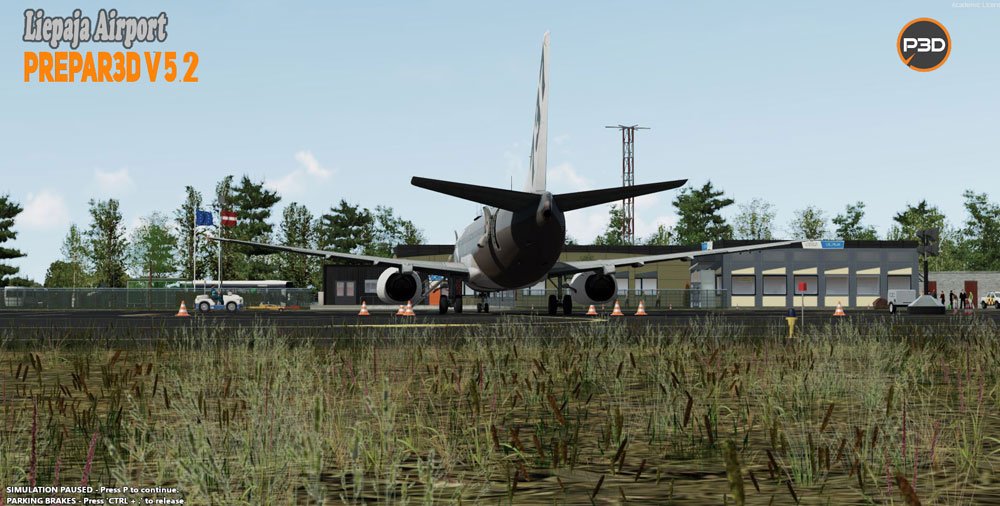 Liepaja Airport (EVLA) in Latvia is recreated in detail based on aerial photographs provided by the Latvian Geoinformation Agency. The package covers the airport and surrounding area, including the city of Liepaja and harbour with landmarks such as Liepaja University, Lutheran Cathedral and Drupas fort.

All airport buildings are modelled, including the airBaltic flight academy hangar; most of the 3D objects are made with PBR (Physically Based Rendering) effects, including the runway and apron.

Other highlights include weather-dependent runway and approach lights, animated windsocks and passengers/cars at the airport. Seasonal effects and 3D trees are also part of the package. Liepaja is fully compatible with Orbx add-ons: Global Base Pack, Global openLC Europe and Global Vector.