The latest destination to be released Aerosoft is Airfield Lido di Venezia for Microsoft Flight Simulator. 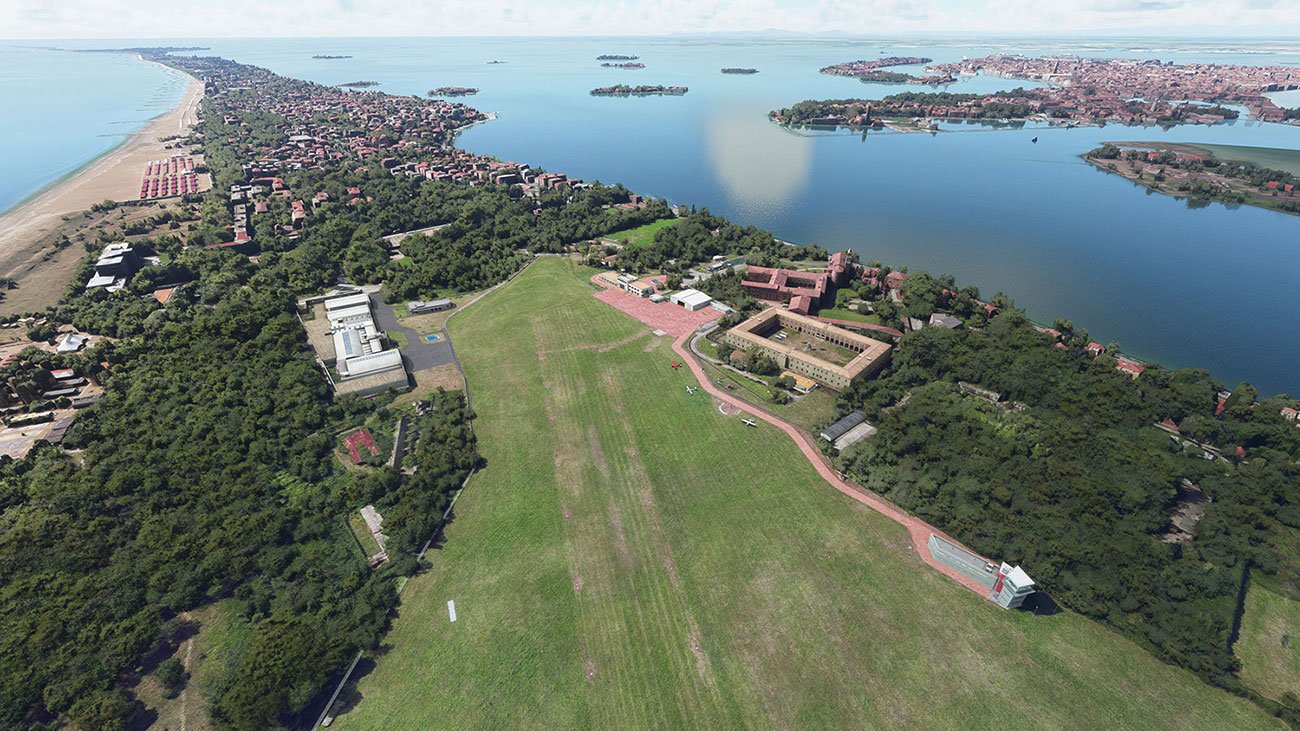 Lido Airport is the ideal starting point for sightseeing tours over Venice, one of the most famous cities in the world. The airfield is restored in the style of the former commercial airport and has been authentically recreated in Microsoft Flight Simulator by Aerosoft.

It comes with custom modelling and texturing with PBR (Physically Based Rendering) effects throughout. Various clutter objects such as 3D people, static aircraft and helicopters are based on actual traffic at the airfield. Custom night lighting is included for the runway and taxiway along with animations such as weather dependent 3D people, animated sun visors at the tower and more.

The package is designed to blend with the photogrammetry of Venice and is performance optimised using the Microsoft SDK.