By Richard Benedikz 6th May 2021
News

Franjo Tuđman Airport (LDZA) is modelled in detail with 3D buildings, an authentic model of the new terminal with transparent windows and interior, including the military area with hangars and buildings.

Many little details around the airport are animated, such as windsocks, air and ground radar antennas and custom jetways.

The runway slope is modelled on technical documentation from the airport while ground markings and the taxiway layout is based on recent charts. Up-to-date AFCAD data includes correct gate and parking positions with an animated jetway with each gate.

Physically Based Rendering (PBR) effects are included throughout and the airport is designed to blends seamlessly with the MSFS environment with custom orthophoto maps. The area is terraforming with the correct elevation for the airport and its surroundings. Points of interest such as the nearby old wooden chapel of the Wounded Jesus from 1758, the TV tower on the Sljeme Hill and the ruins of the medieval fortified town Medvedgrad are also part of the package. 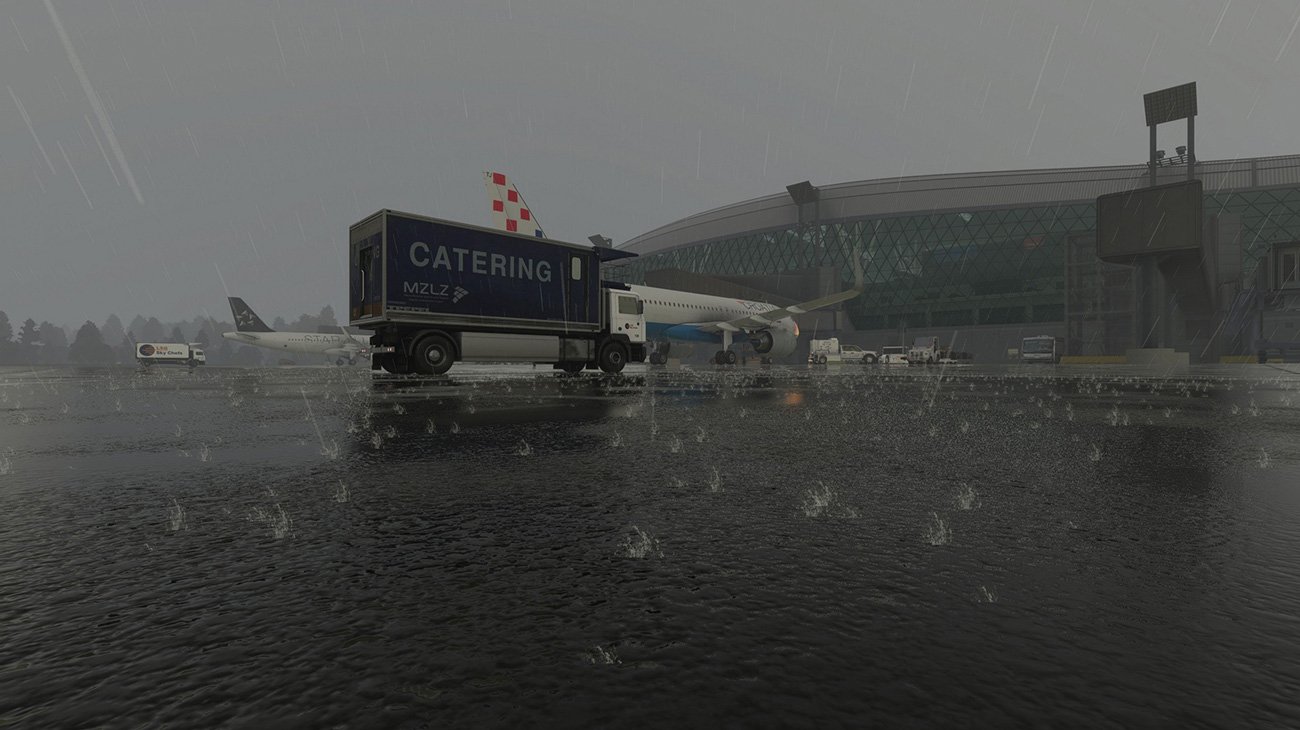