This year marks the 25th anniversary of the Embraer ERJ145’s first flight. Bernie Baldwin charts the jet’s fascinating history and examines how it revived the Brazilian manufacturer. 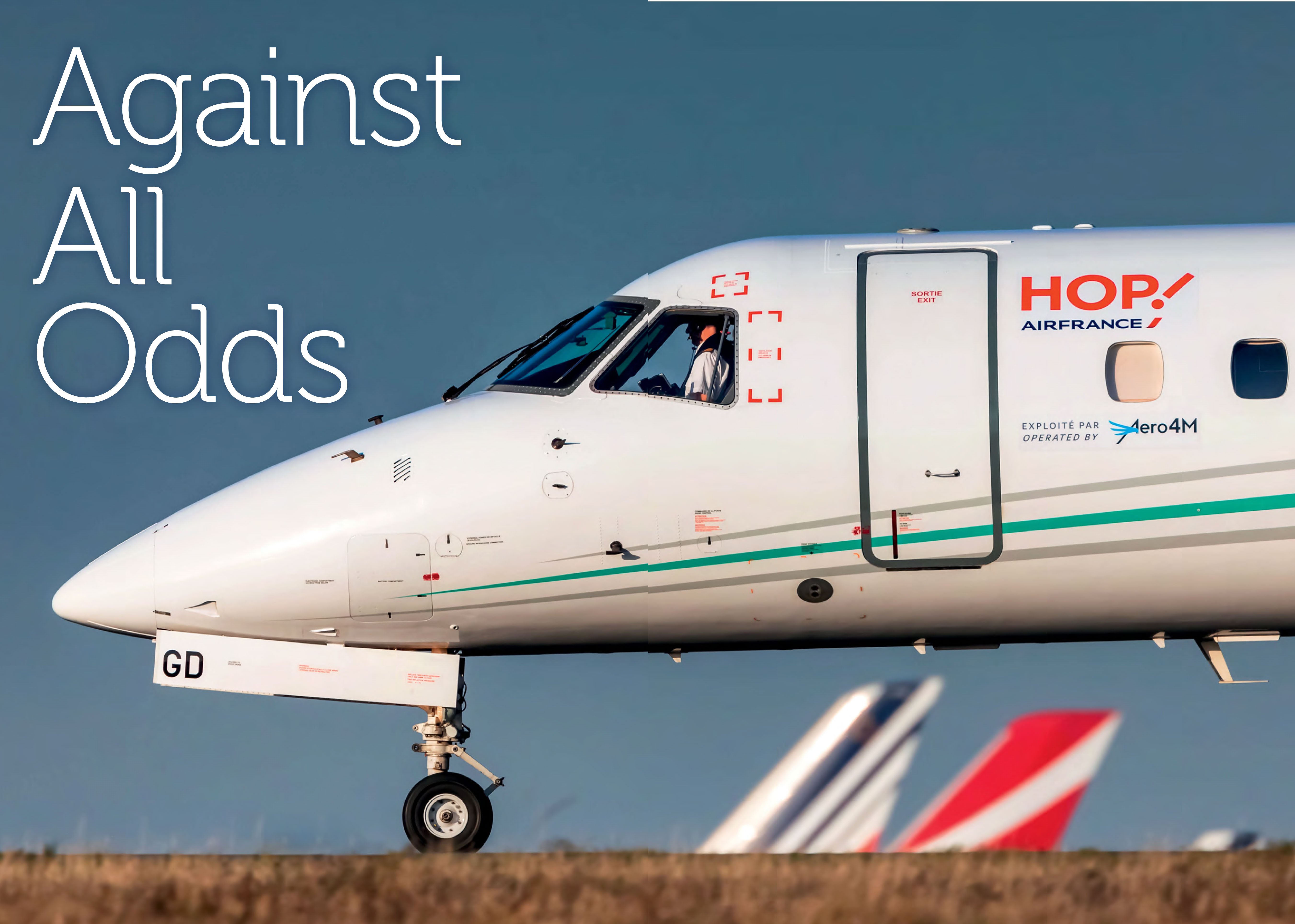 Régional has operated 21 examples of the ERJ145 and two ERJ135s on behalf of Air France Hop. This example, F-HRGD (c/n 145369), was briefly leased from Regourd Aviation.
AIRTEAMIMAGES.COM/ MATTHIEU DOUHAIRE

When the Embraer EMB 145 first took to the in August 1995, the regional jet era entered a captivating new phase which completely changed the fortunes of the Brazilian firm and the wider industry. There would most likely be no E-Jets and certainly no tie-up with Boeing had it not been for the success of the family, that later became known – and is hereon referred to – as the Embraer Regional Jet (ERJ).