The President of Irkut Corporation, Oleg Demchenko, declared: “Today is a historic day for our collective and the whole command working on [the] MC-21. We have applied in our aircraft the most advanced technical solutions, which will provide increased comfort to passengers and attractive efficiency features to airlines.”

The beginning of MC-21 testing, previously declared for the beginning of this year, was moved back several times. At the end of February 2017 during strength testing at the TsAGI institute in Zhukovsky, at a loading of 96% of design value, cracks on the MC-21’s composite wing torsion box appeared. According to Irkut, the necessary reinforcement of the wing, also applied to the first flight prototype, has increased weight by 25kg (55lb) and delayed testing for a month.

On April 28, the MC-21 was rolled out on the airfield and direct preparation for flights began. In the middle of May, the aircraft undertook the first speed taxiing. The first meeting at the European Aviation Safety Agency’s Cologne, Germany, headquarters on April 19–21, 2017, where the Russians presented the MC-21 and plans for its certification in Russia and then in Europe, was an important event for the programme. 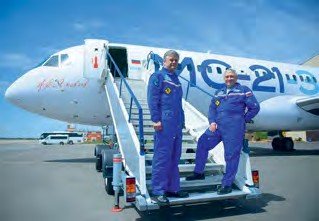 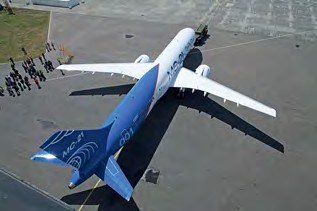 This angle shows the high aspect ratio wing, which is made of composites processed in a new technology called vacuum infusion.

The MC-21, or Mainline Aircraft for the 21st century, is to be a breakthrough product. The Russians understand the MC-21 must be significantly better than its rivals to succeed. To fulfil this aim, they developed an entirely new wing with a high aspect ratio of 11.5, creating a high lift-to-drag ratio. At Mach 0.8, the MC-21’s lift-to-drag ratio is claimed to be 6% better than that of the Airbus A320 and 7% better than the Boeing 737NG.

The wing is made of composites processed in a new technology called vacuum infusion, previously never used in the aircraft industry for producing such large components. The main advantage of vacuum infusion is the possibility of making large integral structures, like the 18m-long (59ft) and 3m-wide (4ft) MC-21 wing panel, in a single cycle.

The fuselage is of conventional metal construction. However, the MC-21 has a fuselage wider than its rivals; its outer diameter is 4.06m (13ft 4in), 150mm (5.9in) more than that of the A320 and 300mm (11.8in) more than that of the 737. The additional width can be used for wider seats or for a wider aisle. The first option will be liked by passengers and the latter by low-cost operators seeking savings by shortening the turnaround (disembark and embark) time. Passenger comfort is also increased by the new air conditioning system that maintains pressure equivalent to the altitude of 6,000ft (1,800m) instead of the standard 8,000ft (2,500m). The cabin windows are larger than usual. 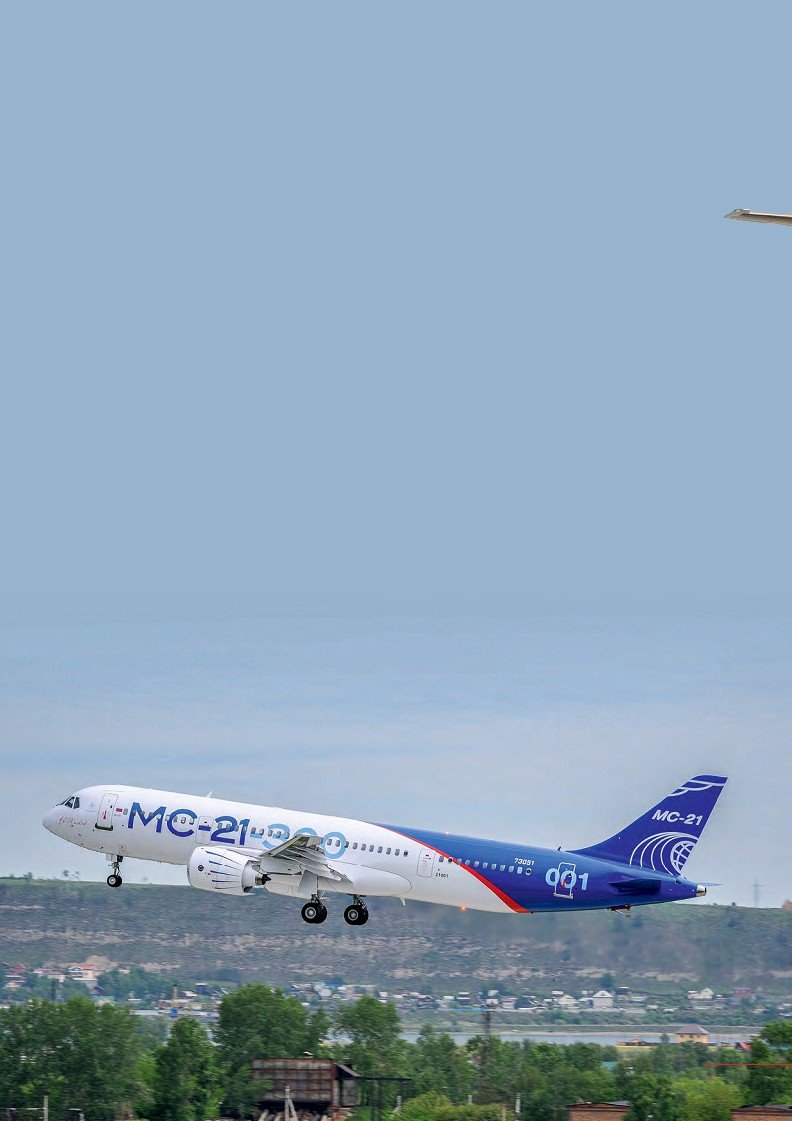 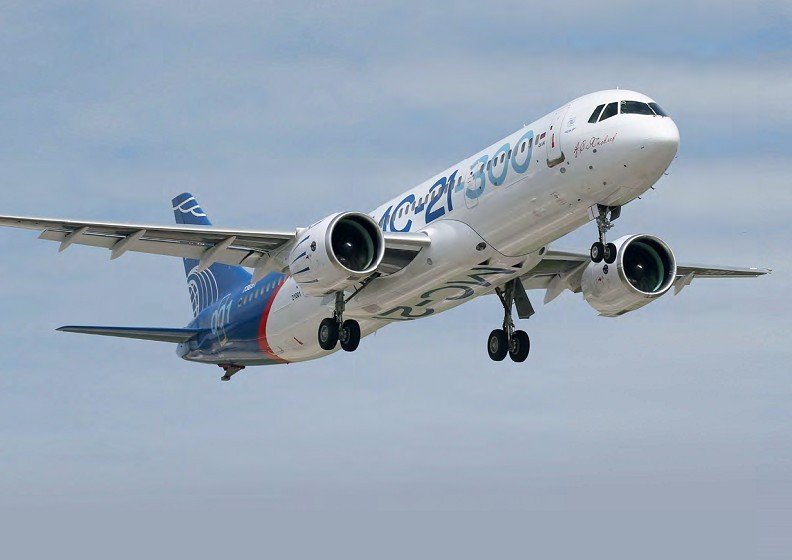 The initial 163-seat (in typical twoclass configuration) MC-21-300 version has collected the most orders and is being developed first; afterwards, a 5.5m (18ft) shorter MC-21-200 for 132 passengers will be developed. These are the only two versions in Irkut’s plans. The final decision about the stretched MC- 21-400 version is not expected soon; market research is still in progress. 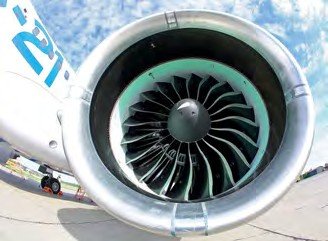 According to the latest edition of the national Program of Development of the Aircraft Industry for 2013–2025, accepted by the Russian Government on March 31, 2017, the Russian certificate for the aircraft with Pratt & Whitney engines is to be issued by December 30, 2018, and the aircraft with PD-14 engines will be certified by December 30, 2019. The first prototype of the shortened MC-21-200 version is to be made by June 30, 2019.

So far, Irkut has collected 175 firm orders and 110 options and intents of purchase. The launch and largest customer is the Russian state-owned Rostec Corporation, which in August 2011 ordered 35 MC-21-300s and 15 MC-21-200s for Aeroflot, all with PW1400G engines. In April 2017, Aeroflot’s Chief Executive Officer, Vitaly Savelyev, said he expected to receive the first three aircraft in 2019. Among the firm orders for the MC-21 there are no foreign customers. The production rate is scheduled to reach the intended figure of six aircraft per month in 2022. 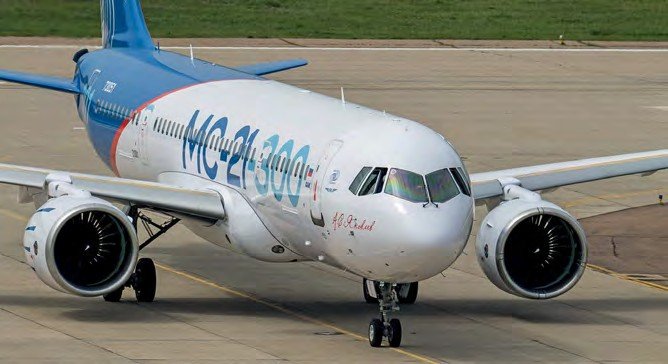