Air Canada has unveiled a retro livery for its latest undelivered Airbus A220, marking the first time a historic paint scheme has been applied to the type by any airline.

The jet, C-GNBN (c/n 55112) is wearing a Trans-Canada Air Lines design, which the airline says “proudly recognises our heritage”. 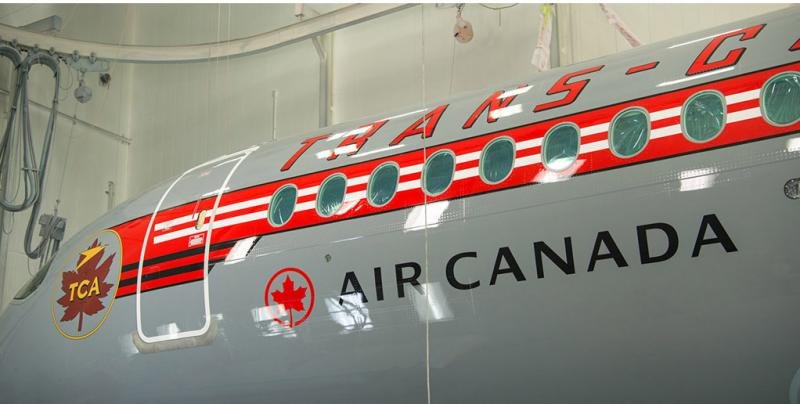 The yet to be delivered A220-300 is set to join the flag carrier’s growing fleet of the type “soon” and will be the 17th example.

The striking scheme features an all-grey base layer with a red and white cheatline which extends along the full length of the fuselage.

On the tail, there is a rounded yellow logo featuring a red Canadian maple leaf and a yellow Speedbird symbol.

The aircraft was painted at Airbus’ Mirabel facility in Quebec, Canada.

This is not the first time Air Canada has adorned one of its jets with this retro livery. In 1997 – to celebrate its 60th anniversary – the flag carrier painted an A319 in a similar scheme.

The narrowbody, C-FZUH (c/n 711) wore the livery in service for 24 years until it was stored at Kansas City International last month.