Only a few years after being founded Air Caraïbes started to focus on intercontinental routes while still operating regional services. Jozef Mols discovers how this carrier has flourished serving the French territories in the Caribbean 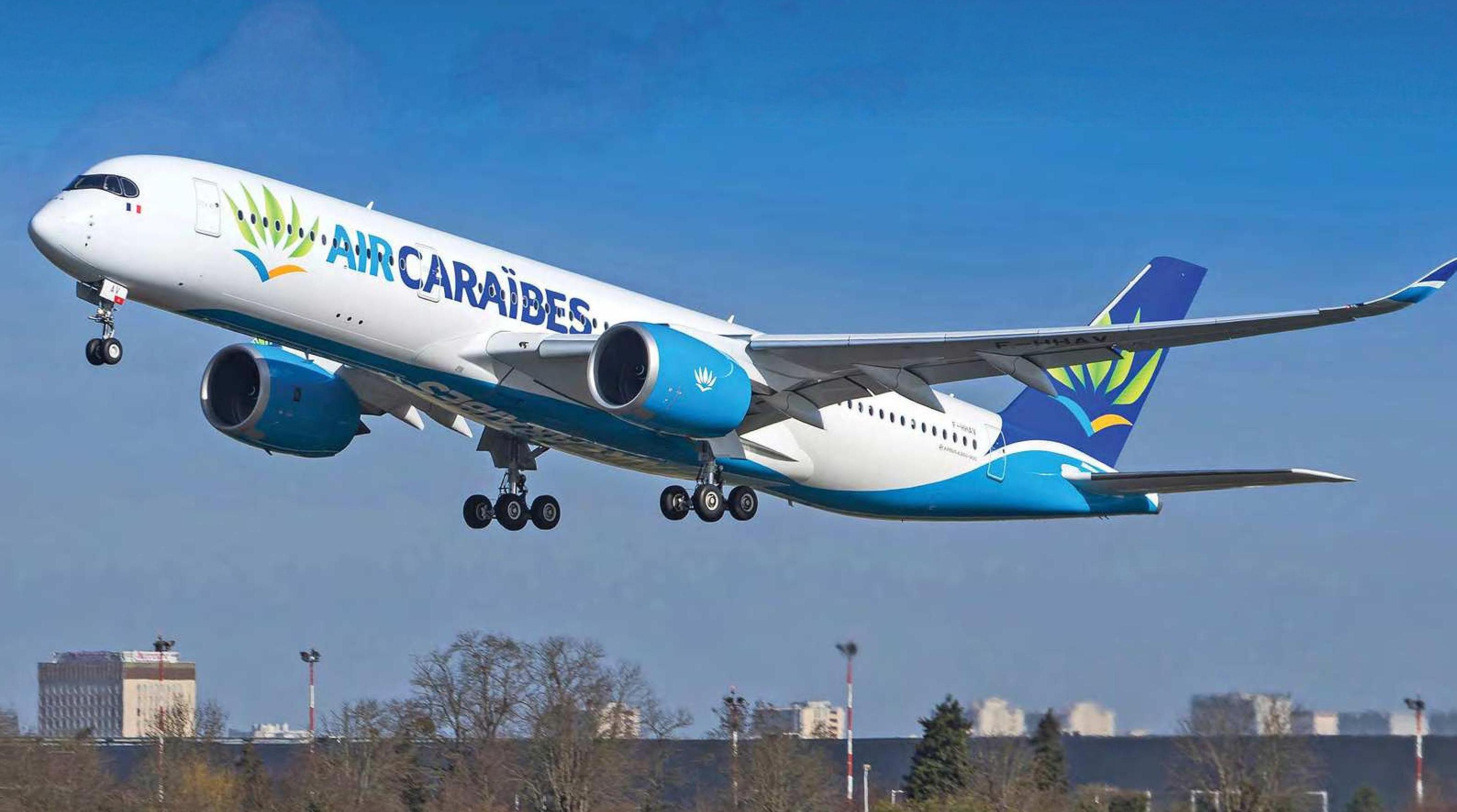 The Airbus A350-900 was introduced to the Air Caraïbes fleet in February 2017 with a three-class configuration of 389 seats
AirTeamImages.com/Philppe Noret

Both Martinique and Guadeloupe in the Lesser Antilles are French overseas territories – each with a population of about 420,000 people. Three French airlines (Air France, Corsair International and Air Caraïbes) offer regular services between the islands and the French capital. The smaller isles – such as the nine that form the archipelago of Les Saintes, numbering fewer than 3,000 souls – rely on regional air transportation. Whereas in the first years after World War Two, Air France was the main airline serving the islands, increasing wealth in Europe and the expansion of international tourism gradually resulted in new carriers joining the fray, both regional and intercontinental.