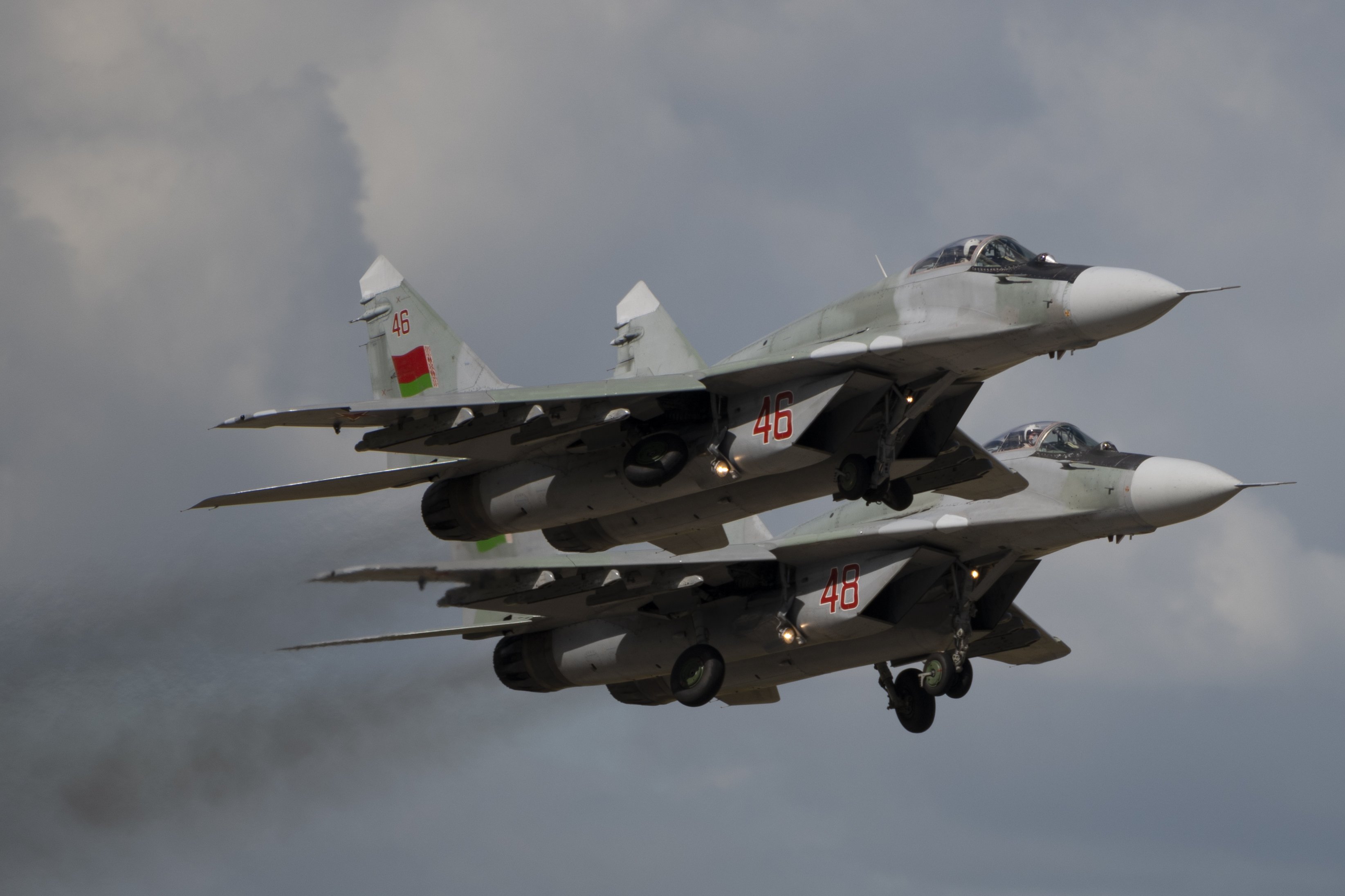 It’s believed that eight ‘Fulcrums’ have been upgraded to MiG-29BM standard (including three modernised MiG-29UBM trainers) and that these had been redelivered by November 2015; an acceptance ceremony followed at Baranovichi on December 1. Recent acquisition of Su-30SMs means the days of the remaining MiG-29s could be numbered. All photos Patrick Roegies unless stated

Most of the Soviet assets based on Belarusian territory had been subordinated to the local Belorusskiy Voyennyy Okrug (BVO, Belarussian Military District), which was a second-tier echelon force of the Western Strategic Direction. In case of hostilities, its well-equipped formations were intended to be rushed in at a moment’s notice to support and relieve the first-tier echelon force – comprising Soviet and Warsaw Pact units based in Czechoslovakia, East Germany and Poland.