AIR SCENE: Around the Aviation World

The General Atomics Aeronautical Systems Inc (GA-ASI) MQ-1C ER Gray Eagle production aircraft began flight testing at the Dugway proving ground, Utah, for evaluation of the US Army’s First Article Test, which will demonstrate the MQ-1C ER’s mission capabilities. The MQ- 1C ER is scheduled to go through logistics demonstration early in 2018 to validate maintainability. Follow-on operational test and evaluation in March 2018 will demonstrate the aircraft’s ability to meet US Army operational requirements in preparation for fielding, which is planned for August 2018. The MQ-1C ER recently completed a 41.9-hour endurance flight, exceeding the 40-hour flight test goal while flying out of El Mirage, California, in a representative US Army mission configuration. Mark Broadbent

Dornier Seawings showed the first prototype of the new Dornier Seastar at Oberpfaffenhofen, Germany on August 18. The concept of the amphibian was introduced for the first time in 2009.

Compared to the version presented in 2009, the new cockpit can be equipped with a digital Honeywell Primus Epic 2.0 avionics suite.

The first aircraft is expected to make its maiden flight during the first quarter of 2019, followed by certification in 2020. The first ten fuselages will be built by Diamond Aircraft at its Canadian factory.

Airbus is preparing for the certification and service entry of the A350-1000 later this year. Qatar Airways is the launch operator and, with 37 on order, its biggest customer. United was to have been another key operator, and its switch to the A350-900 means Etihad Airways will now be the next largest operator with 22 examples. Despite the changes, United ordering ten extra aircraft means the A350-900’s backlog rose to 679 units and the A350’s overall backlog increased to 858 aircraft at the time of publication. Mark Broadbent

The United Arab Emirates is in discussions with the Japanese Government regarding the purchase of an undisclosed number of Kawasaki Heavy Industries C-2 transport aircraft, with an estimated price tag of JPY 19 billion, according to a report by Japan’s Nikkei on August 28. If finalised, a deal would mark the first export sale of the C-2, which is now entering service with the Japan Maritime Self Defense Force following an initial order for nine aircraft. Nigel Pittaway

Rolls-Royce’s Trent XWB-97 and Trent 1000 TEN have received EASA certification ahead of their service entries on the Airbus A350-1000 and Boeing 787 respectively. The Trent XWB-97 generates 97,000lb (432kN) of takeoff thrust compared to the 84,000lb (374kN) Trent XWB-84. The 78,000lb Trent 1000 TEN certification came as the first set of production examples of the engine were delivered to Boeing in Seattle. This engine, which incorporates technologies from the Trent XWB and Advance programmes, is available for all three 787 family variants.

Meanwhile, Rolls-Royce’s new Power Gearbox set a new industry record for an aerospace gearbox by reaching 70,000hp during tests at the company’s Dahlewitz facility in Germany. The Power Gearbox is designed to allow the shafts at the engine core to run at very high speeds and with the fan running at a slower speed. The technology will be used in Rolls-Royce’s next-generation UltraFan engine currently in development. Mark Broadbent 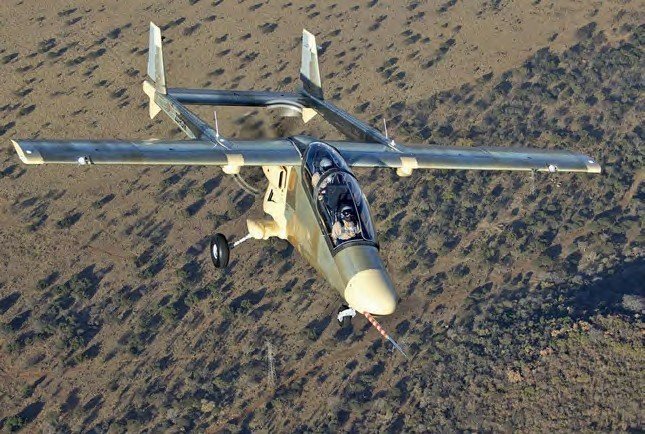 Aerosud and Paramount have begun flying the second prototype Advanced High-Performance Reconnaissance Light Aircraft (Ahrlac) as series production nears. The aircraft, ZU-PDM, performed its maiden flight from Wonderboom airport on July 14, three years after ZU-XDM first flew on July 26, 2014. Ahrlac Holdings originally planned to produce three prototypes (ZU-XDM, ZU-ADM and ZUPDM), but this proved to be unnecessary due to the computer-assisted design and development process. Aircraft ZU-PDM, is configured to production standards and compared to the first prototype, has retractable landing gear, revised cockpit canopies with ejection seats, a full mission system, a lighter 8g rated airframe and more sophisticated avionics. Some sensors have already been tested during 300 flight hours on ZU-XDM (such as an electro-optical sight with laser designator, infrared line scanner and synthetic aperture search radar), but ZU-PDM will be used for weapons and other testing. Ahrlac Holdings is in the process of launching production at a new facility at Wonderboom airport, and has several years’ worth of production already allocated. The factory will produce baseline Ahrlac aircraft, with militarised Mwari models being outfitted at another facility, either with Paramount or Boeingsupplied equipment. Guy Martin 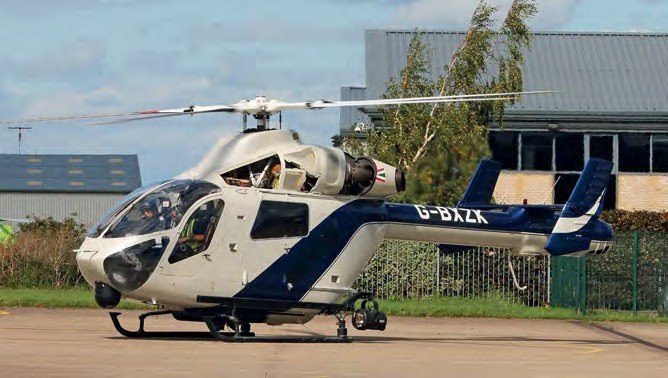 Saab used the Defence and Security Equipment International (DSEI) exhibition in London in September to launch a new variant of its JAS 39 Gripen fighter.

The new Gripen Aggressor aircraft is based on the JAS 39C Gripen C. The Swedish manufacturer said the Aggressor has the same handling and flight characteristics, sensors and data link capabilities as the Gripen C, but has no live weapons capability. Saab’s head of Gripen marketing and sales Richard Smith said at DSEI that the company sees potential for the Aggressor with the US Air Force’s Adversary Air and UK Ministry of Defence’s Air Support to Defence Operational Training (ASDOT) programmes.

ASDOT is a £1.2 billion competition to replace a number of UK Ministry of Defence training systems, including a Red Air capability from 2020. Adversary Air, or ADAIR, is a programme to provide 40,000 hours of contracted aggressor support training at 12 bases in the United States.

Smith said: “There is a major difference in the capabilities provided by the aggressors on the market today and what the need is for coming years. In order to train as you fight, you need to fly advanced combat tactics against peer and near-peer opponents, and that is the Gripen Aggressor.” Nigel Pittaway

The Royal Bahraini Air Force (RBAF) is to receive 19 Lockheed Martin F-16V Fighting Falcon fighters under a $2.785 billion deal announced by the US Defence Security Co-operation Agency on September 8.

On the same day, the organisation also announced that US State Department approval had been granted for upgrade of the RBAF’s existing fleet of 20 Block 40 F-16C and F-16D jets to F-16V configuration, under a separate $1.082 billion deal.

Bahrain’s F-16C and F-16D fleet currently serves with the 1st and 2nd Fighter Squadrons within the 1st Fighter Wing at Sheikh Isa Air Base.

The US State Department said the F-16V will improve Bahrain’s capability to meet current and future threats and improve interoperability with the United States and its allies in the region. Nigel Pittaway