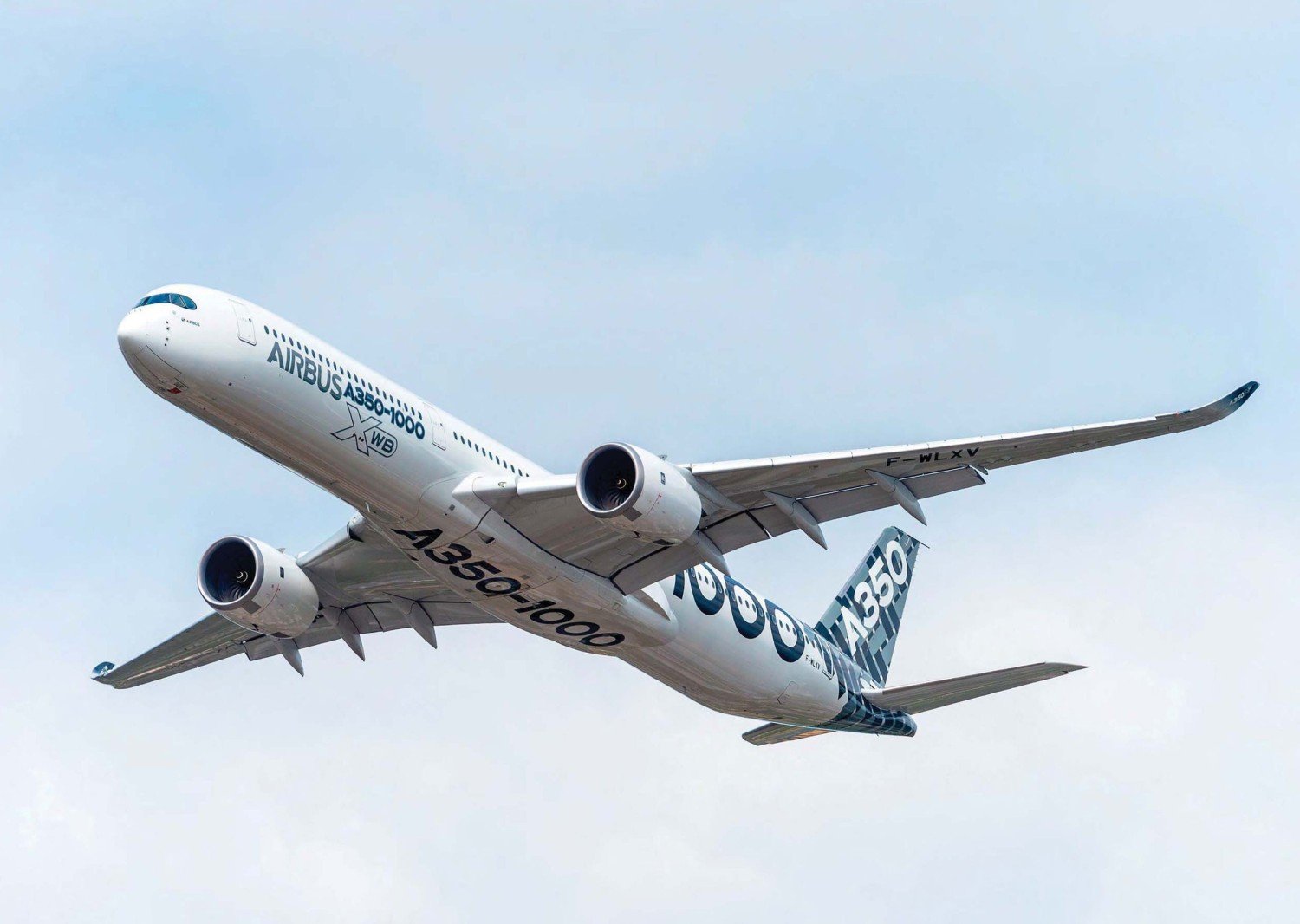 Waiting in the departure lounge at a major UK airport recently, this correspondent couldn’t help but notice how a fellow traveller ignored the view of the turnaround on a Boeing 737 directly in front of them yet turned to watch the same process underway on a 777 nearby.

Although heavy airliners always catch the eye, it is those far smaller and less striking – some might say dull – single aisle narrowbody aircraft that form the bulk of the global commercial airliner fleet and manufacturers’ order backlogs.

Still, it is the heavies that enrapture the flying public. Perhaps it’s simply due to their size; a large aeroplane with big wings and big turbofan engines inevitably commands more attention. What’s happening in this market area?

What is a heavy?

According to the US Federal Aviation Administration, the term ‘heavy’ specifically refers to large widebody aircraft with a maximum take-off weight (MTOW) of 300,000lb (136,000kg) or more. The term is included in air traffic control radio transmissions to allow controllers to put extra distance behind the heavy to minimise the wake turbulence for aircraft trailing behind.

The classification ‘heavy’ takes in most twin-aisle widebody aircraft, from the current-production Airbus A350 and A380 and the Boeing 777 and 747-8 to older, outof- production types such as A340s, DC-10s and MD-11s. It also includes those other current production twin-aisle widebodies of a slightly smaller size, such as the A330, A350-900 and 787.

These smaller widebodies are not the focus of this feature, which looks specifically at the largest twin jet and quadjet airliners – namely, the A350-1000, 777X, A380 and 747-8. (However, manufacturers’ product positioning, the use of widebody aircraft and above all the dynamics of the widebody aircraft market inevitably mean there are references to these other aircraft in this feature.)

A notable recent development in this market – unfortunately for anybody who appreciates large and characterful aeroplanes – is Airbus’ announcement earlier this year that it will stop producing the A380 in 2021.

The A380’s end as a current-production model, together with low sales for the Boeing 747-8 Intercontinental, the latest passenger version of the Jumbo – only 51 have been sold since its 2005 launch and there have been no sales to an airline since Air China’s order in 2012 – underlines how the writing is on the wall for four-engine passenger airliners.

The so-called ‘big twins’, including not only the Boeing 777-300ER, but also the 777X and A350, have been decisive in the quad-jets’ demise. With two fewer turbofan engines and more economic powerplants (the General Electric GE90-115B on the 777-300ER, the Rolls-Royce Trent XWB-97 on the A350-1000 and the GE9X on the 777X), as well as large payload capabilities, extensive range and plentiful underfloor revenue cargo capacity, the big twins can do much of what quads can do, but more efficiently. The A380, like the 747-8I and the A340 (axed as a currentproduction aircraft in 2011) is the latest widebody passenger airliner subsumed by the big twin tide.

Boeing still formally offers the 747-8I, but for several years its focus in the ‘Dash Eight’ Jumbo programme has been on the 747-8 Freighter variant. With its large 30,288ft3 (857m3) cargo volume, the 747-8F is intended for freight operators looking for high-capacity haulage.

The A380’s demise and the focus on freight with the 747-8F means the market for the largest passenger airliners is now contested solely by the big twins, which in turn makes ‘A350-1000-v-777X’ a focal point in the contest between Airbus and Boeing for leadership in the commercial aircraft market.

Despite the punch and counterpunch between each manufacturer about the merits of its respective big twins, neither the A350- 1000 nor the 777X has sold strongly.

The last A380 will be produced in 2021, a reflection of how twin jets dominate the market for the largest airliners.
A Doumenjou/Airbus

The Starlux order was the first for the A350- 1000 since a single example was sold to an undisclosed operator in 2017 and you need to go back to 2016 for the previous airline order, from Virgin Atlantic for eight. (An order for 16 from Iran Air also announced in 2016 was subsequently cancelled due to US sanctions against Iran.) Virgin is due to start operations with its first A350-1000 this summer, with British Airways also introducing the type soon.

The A350-1000 and 777X sales figures mean the market for the largest passenger heavies looks firmly in the aircraft-order doldrums compared to orders for single-aisles and even slightly smaller widebodies such as A330s, A350-900s and 787s.

The stasis was evident at the recent Paris Air Show. There was no business for the 777X, only a handful of 777 Freighter sales and just one passenger 777-200LR order from Turkmenistan Airlines in a deal described by Boeing as an “intent to order”. There were no orders for A350s.

Why are these heavies not selling?

One factor in the sales performance for the brand-new heavies is the big airlines that buy the very largest airliners have arguably already ordered what they need. The likes of Emirates, Etihad Airways, British Airways, Lufthansa, Qatar Airways and Singapore Airlines have ordered either A350-1000s or 777Xs (or, like BA and Qatar Airways, both). With production slots filled well into the 2020s, availability for these heavies has been pushed back, which possibly limits interest in them.

Another factor is that many airlines serving high-capacity niches have already introduced equipment for these needs relatively recently, which further pushes out demand. As a CAPA analysis has noted, although the 777-300ER – the big twin which really changed the long-haul game with its economics and operating costs – was first introduced to service back in 2004, “half of all 777-300ERs have been built since 2012. Those aircraft are far from having replacements be considered. Even earlier aircraft still have many years ahead in their life.” 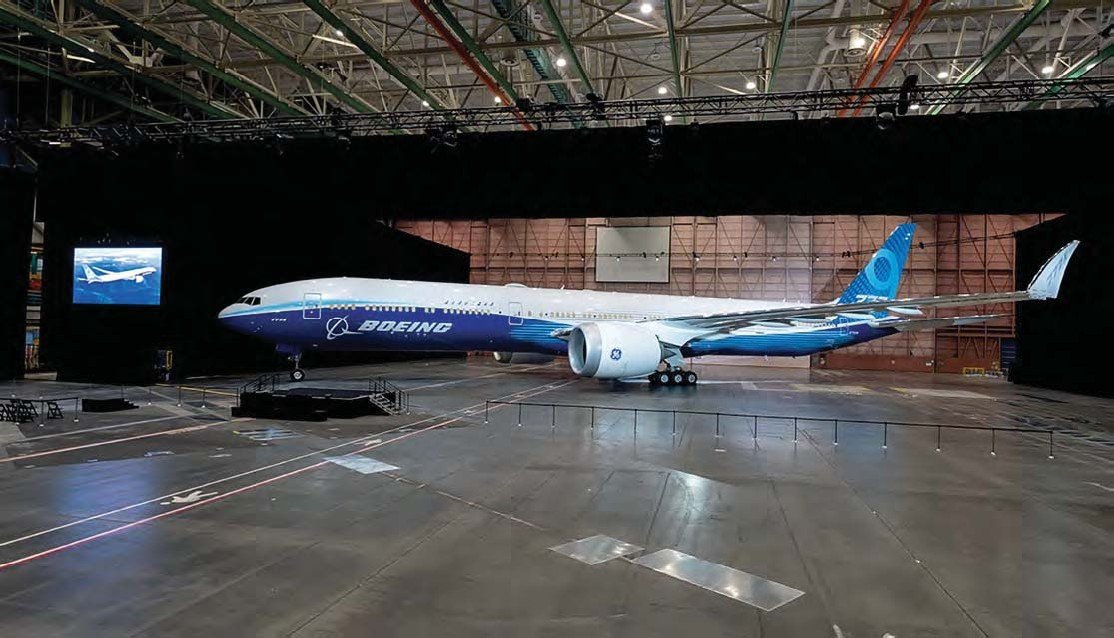 The first Boeing 777-9 is a brand-new heavy for the widebody aircraft market, due to fly this year. Boeing

Capital expenditure (capex) decisions are a further factor that has been part of the 777-300ER’s success. As CAPA notes, the 777-300ER’s upfront capital costs “will be extremely favourable, or even negligible”. The 777-300ER provides cost-eff ective capex for airlines wanting to add capacity and do so quickly. For example, United Airlines only took on its first 777-300ER in December 2016, but it now operates 18 and last year ordered four more.

The introduction of slightly older but still efficient equipment that, crucially, off ers a lower capex cost than the ultra-new 777X or A350-1000 might conceivably limit demand for the newer jets in the short to medium term. On the other hand, much depends on an individual airline’s plans. After all, BA (like United) has recently ordered more 777- 300ERs, but it will also receive both 777-9s and A350-1000s.

However, perhaps the most important factor influencing demand for the highestcapacity aircraft is that only a small number of major airlines have sufficiently large networks and passenger/cargo flows to require the capacity, range and MTOW these aircraft provide.

The A380’s orders record says much about how this issue can constrain sales for the biggest airliners. Only 15 carriers operate the type and, aside from Emirates’ 111-strong fleet (sustained by traffic flows on the carrier’s extensive spokes from its Dubai hub), most operators have no more than ten or 12. Some users have even fewer: Asiana, Qatar Airways and Thai Airways International have six each and All Nippon Airways will operate just three. Singapore Airlines and Lufthansa are outliers with fleets of 19 and 14 respectively.

Another issue influencing sales is simply a wider change in what airlines want. The analysts at CAPA noted: “There is potentially a structural adjustment at airline management and in boardrooms to be more risk averse…Many airlines are being conservative and downgauging to smaller aircraft, also allowing them to retain wider city pair options.”

The result is increased demand for slightly smaller widebodies like A330s and 787s that off er equally high levels of efficiency and performance and a reduced appetite for the largest A350-1000/777X-class aircraft. Tellingly, some operators have switched their orders to smaller models. In 2017, Cathay Pacific converted six A350-1000 orders to the A350-900 and last year United Airlines likewise downgauged 45 A350-1000 orders to the other variant.

Other carriers are buying selectively, ordering only a smallish fleet of the very largest aircraft to cater for certain markets. For example, Virgin Atlantic’s dozen A350- 1000s will form only a small proportion of its future fleet, the majority of which will be composed of smaller 787-9s and A330-900s, while BA’s A350-1000s and 777-9s will operate in the carrier’s longhaul fleet alongside 787s. In June 2019, Emirates’ President Tim Clark confirmed in a Seattle Times interview the Gulf carrier is renegotiating its 777X order (the largest for the type at 150 jets), indicating some Triple Sevens could be substituted for 787s.

A further shift in the dynamics of the widebody aircraft market has been caused by the increased payload/range capabilities of single-aisle jets, exemplified by the 4,700 nautical miles (8,400km) range of the new A321XLR launched in June 2019. Boeing noted in its latest Commercial Market Outlook (CMO) issued in June 2019 that nearly 40 new routes beyond 3,000 nautical miles (5,500km) distance have been introduced since 2016 with single aisle jets.

The increasingly capable single aisles mean the heavies, be they Airbus or Boeing, no longer hold the monopoly on flying lots of people over long distances, which is fragmenting the widebody aircraft market.

In its CMO, Boeing says the singleaisles, coupled with low-cost long-haul air travel growth and passenger preference for point-to-point services bypassing big hubs, will limit demand for widebodies. It forecasts more than 35,000 new singleaisle sales over the next 20 years, but a need for only 8,340 new widebodies. (Notice this forecast covers all widebodies; the CMO does not specify how many of those 8,340 aircraft will be the largest aircraft in the 777X class.)

Similarly, in its most recent Global Market Forecast issued in 2018 (its next is due in 2020), Airbus envisages demand for only 1,590 new aircraft with 350 seats or more over the next two decades, compared to 27,400 single aisles.

All this doesn’t mean there will be no demand for aircraft of the 777X/A350- 1000’s size, however. There is a role for the largest and longest-range heavies, as the orders for them from the biggest airlines prove. After all, in the recipe for planning and operating their networks, airlines like to have a choice of ingredients – aircraft with diff erent payload, range, seating and cargo capacities – to give them a high level of flexibility. The big jets will therefore continue to be an important part of the mix, even though their role might be more limited than before. AI 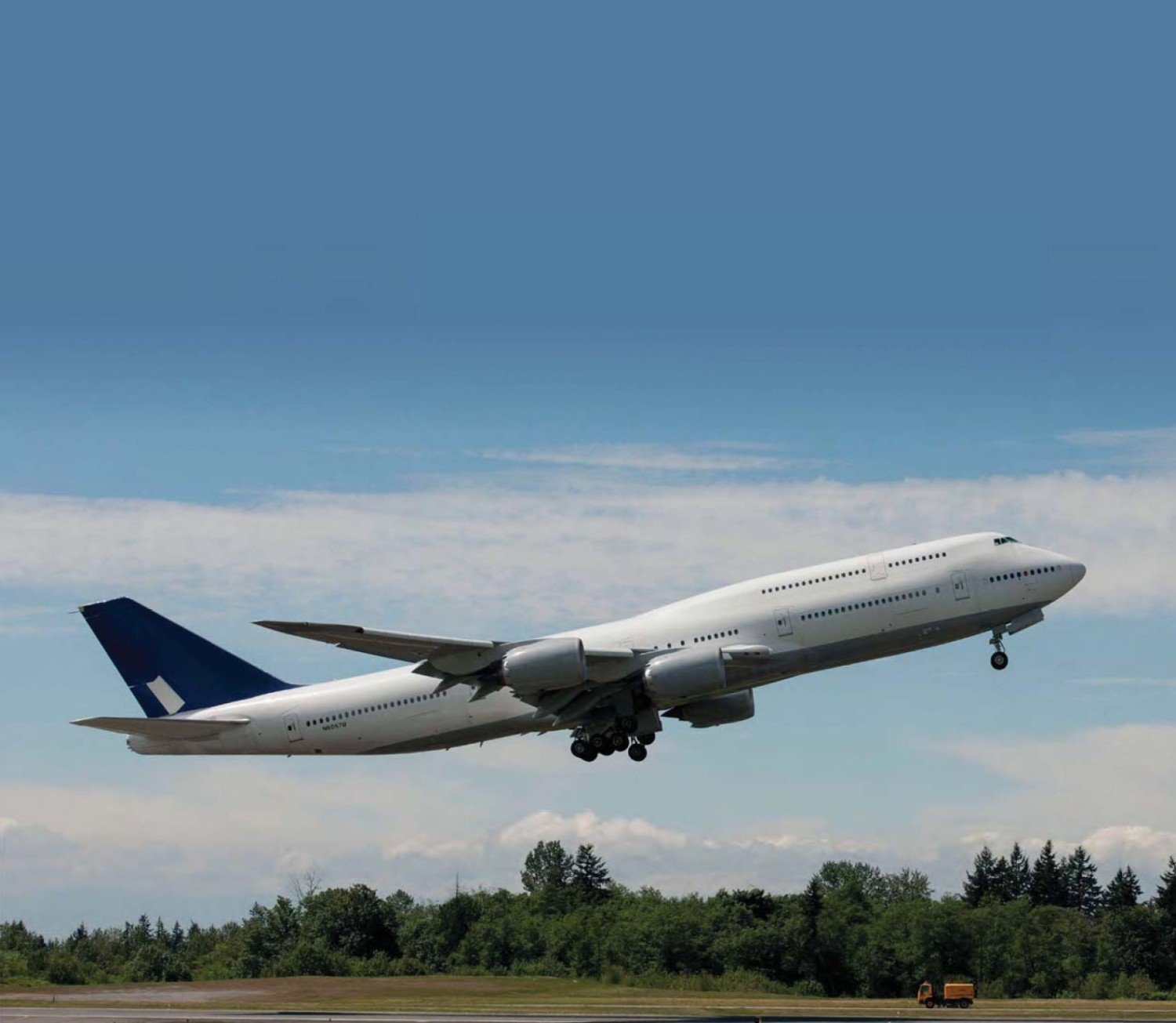 Only 51 examples of the Boeing 747-8 Intercontinental have been sold. This one, N6067U, later N828BA (c/n 37826), is pictured back in 2013 test flying a performance improvement package. This aircraft is now stored. Boeing