The European manufacturer – which has been producing aircraft since 1974 – hit the milestone in late October. Key.Aero investigates which airline took the honours. 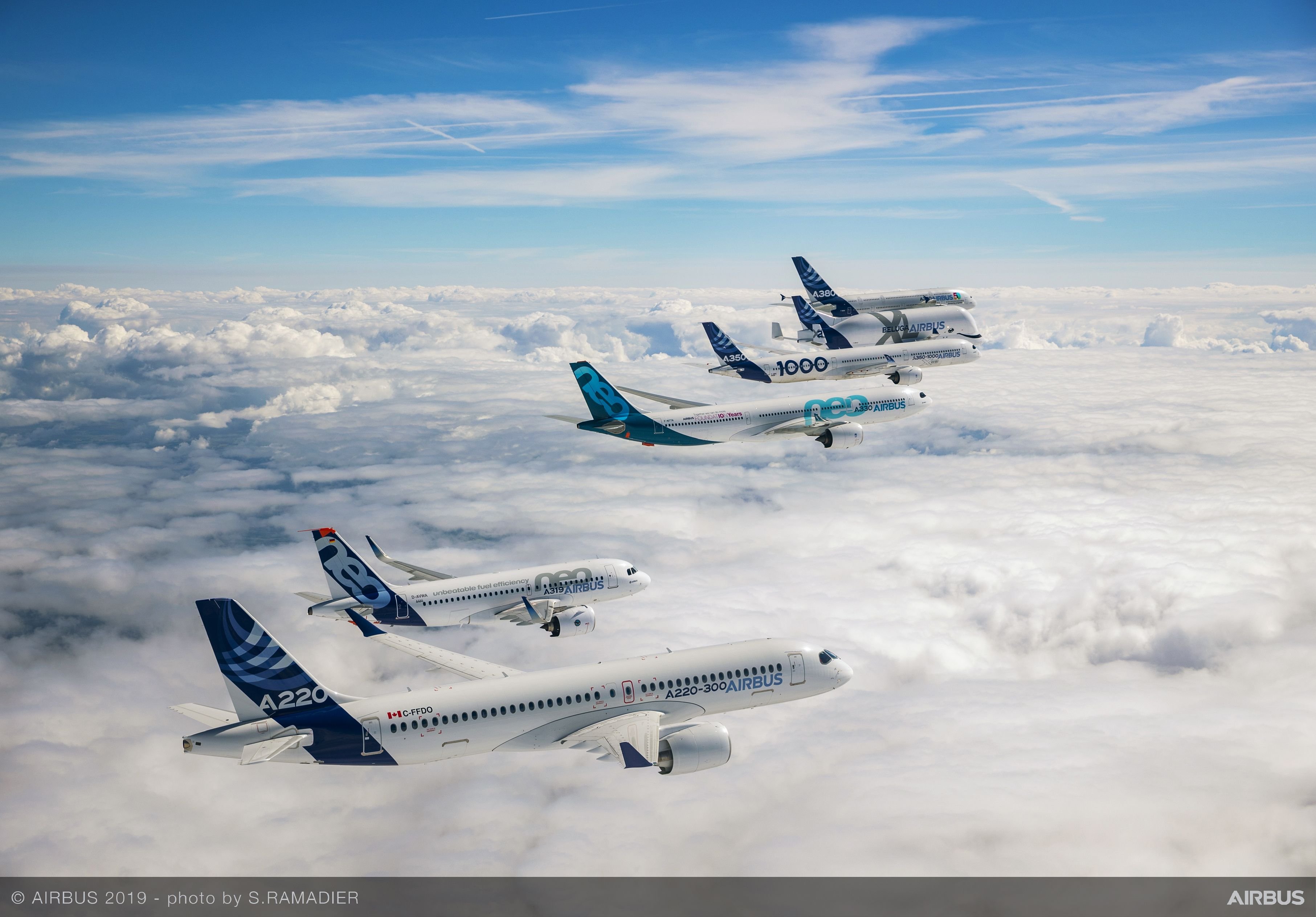 Airbus had delivered 13,039 aircraft – including 37 A220s handed over by Bombardier prior to the sale of the C Series programme – as of the end of October.
Airbus

Having been a bit keen a few weeks back, we've returned and, having checked our maths – we can confirm that Airbus delivered its 13,000th aircraft on October 30.

As of September 30, the aerospace giant had delivered 12,967 commercial jets since May 10, 1974 when Air France received its maiden A300 and the world’s first production example of a twin-engined widebody – meaning it needed to dispatch a further 33 airliners to hit the milestone.

Or so we thought. They actually needed to deliver 70 aeroplanes. This is because Airbus includes 37 Airbus A220s in its monthly orders and deliveries report despite them being handed over by Bombardier as C Series jets prior to Airbus securing a 50.01% stake in the programme in July 2018.

Over the course of October, a further 72 Airbus-built jets flew to new owners and operators, nudging the pan-European manufacturer’s tally past the 13,000 landmark to 13,001 on October 30 – just 18 months after Delta accepted its 12th A220 and the 12,000th Airbus jet.

In its monthly orders and deliveries report, Airbus stated that it delivered nine airliners that day, including A220-300s for Air Canada and Delta Air Lines, A321neos for American Airlines, Chongqing Airlines, Turkish Airlines, an A320neo for Qingdao Airlines and All Nippon Airways’ third and final A380. Examples of the A320neo and A321neo were also received by lessors GECAS and SMBC Aviation Capital. However, the manufacturer has yet to confirm which airline took the 13,000th Airbus jet and all the spoils which go with it. 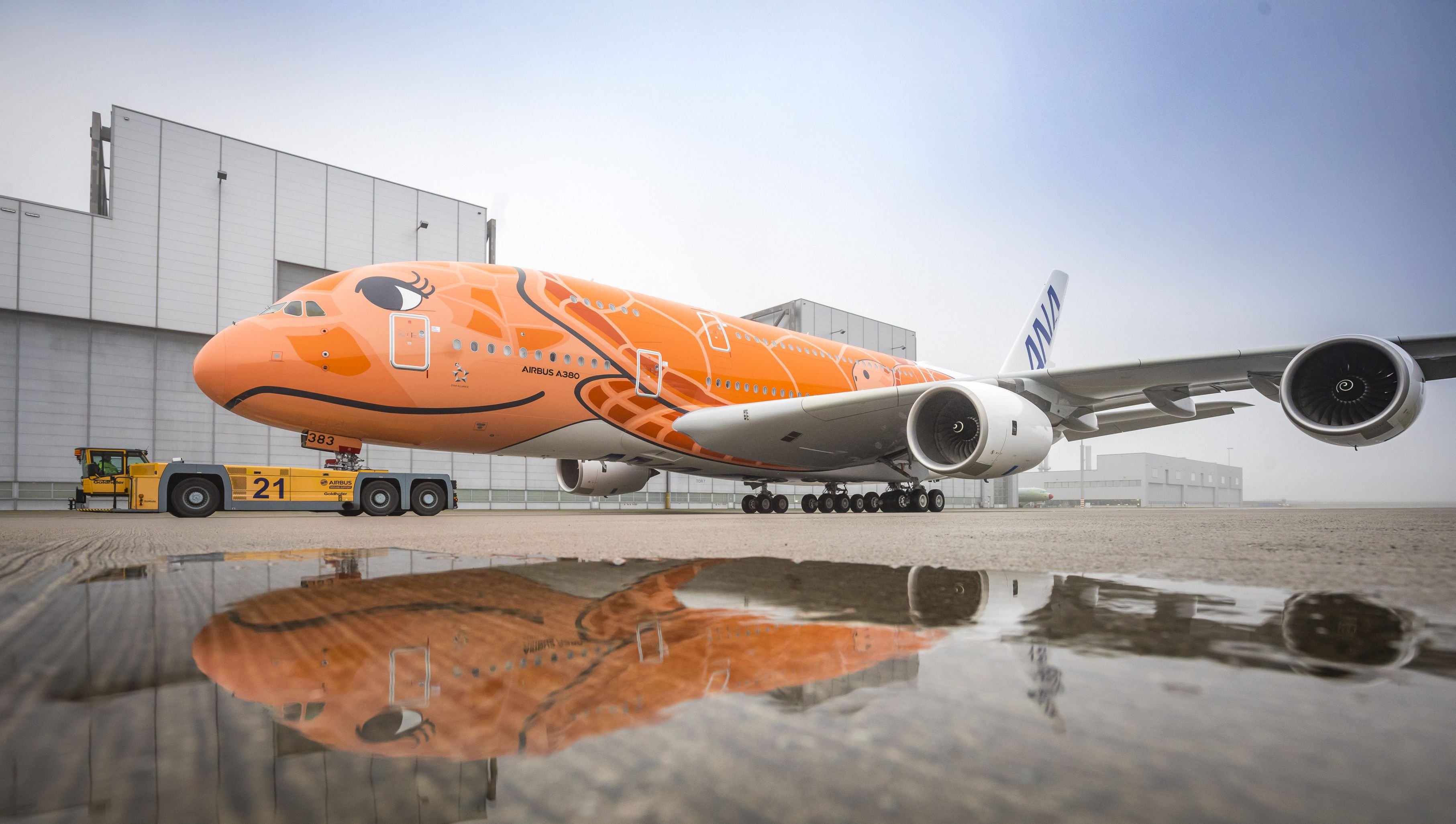 All Nippon Airways’ third and final Airbus A380 was one of nine jets confirmed to have been delivered by the pan-European company on October 30.
Airbus

The handover of the European company’s 13,000th airliner highlights the tremendous rate of knots at which new Airbus aircraft are rolling off production lines. Even with a global pandemic hindering the company’s production levels, it is just 18 months since Delta Air Lines hopped over the US-Canadian border to Montreal/Mirabel to collect its 12th A220 and aeroplane number 12,000. Making the feat evermore impressive, it took 19 years for Airbus to produce its first 1,000 jets, yet in just the past decade, the number of commercial airliners built by Airbus has more than doubled – Emirates having helped the manufacturer celebrate 6,000 deliveries by swinging by Toulouse to collect its ninth A380, A6-EDH (c/n 025) on January 18, 2010.