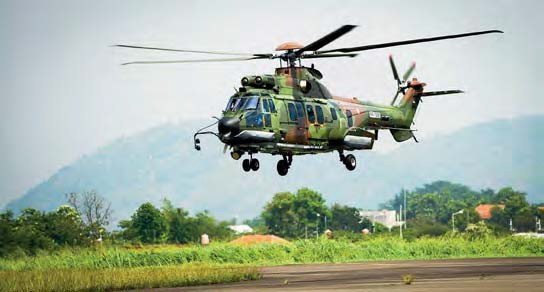 The TNI-AU will receive eight additional Airbus Helicopters H225M Super Pumas, which will be manufactured by Airbus Helicopters at Merignane, before being shipped to Indonesia and completed by PTDI at its facility in Bandung. They will join the TNI-AU’s existing fleet of six Super Pumas and will be utilised for combat SAR missions.

Similarly, Bell will manufacture nine Bell 412EPI helicopters for the TNI-AD, before shipping them to Indonesia for customisation work by PTDI prior to delivery.