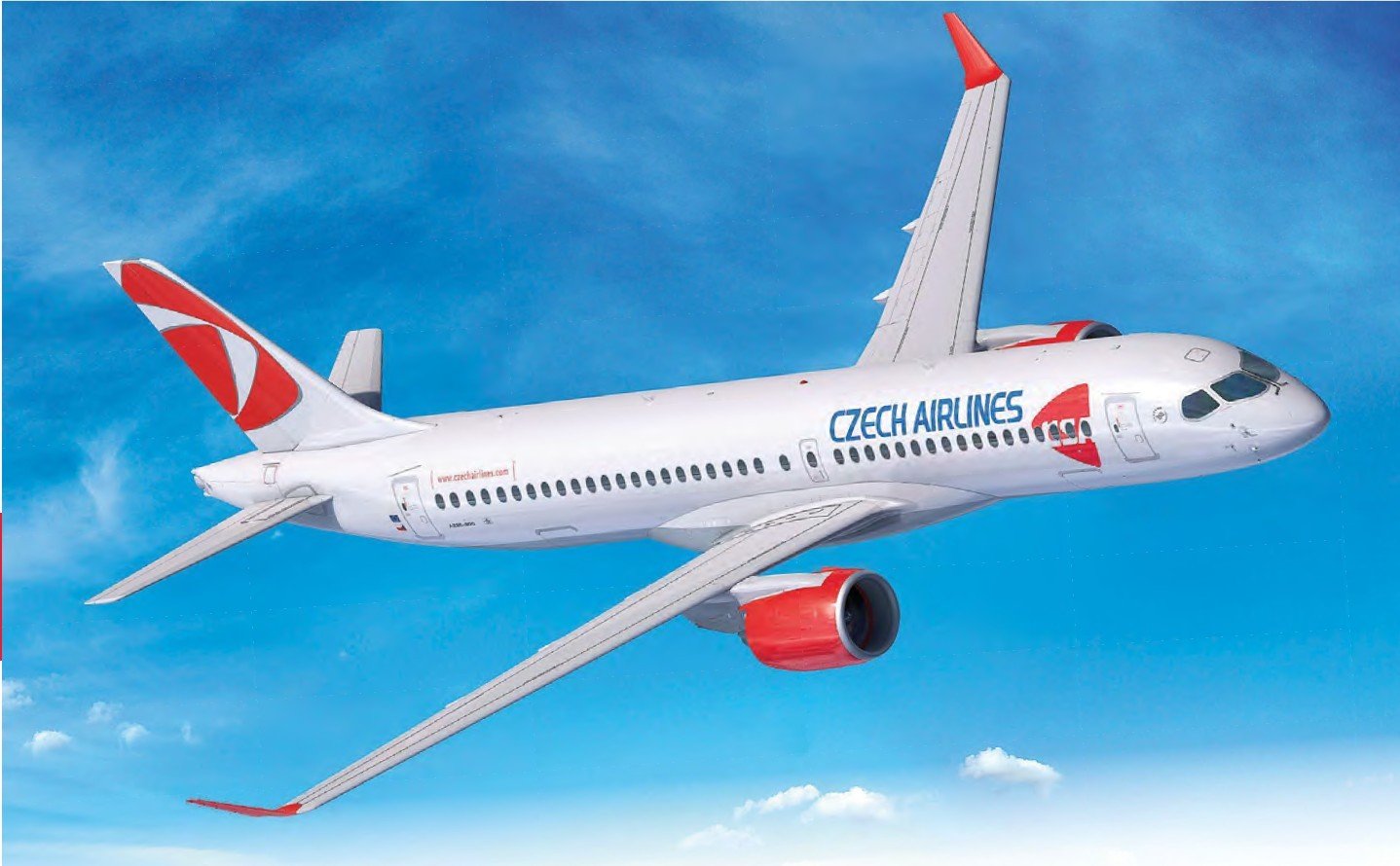 CZECH AIRLINES has become the latest customer for the Airbus A220, ordering four examples of the larger -300 variant.

The Central European carrier has also upsized a commitment for three A320neos to the A321XLR.

Following its global launch at June’s International Paris Air Show, the A321XLR offers a range of 4,700nm (8,700km) which will enable Czech Airlines to begin services from its Vaclav Havel Airport Prague base to destinations along the US East Coast, including New York, Washington, Philadelphia and Boston. The carrier’s sole long-haul route, a four-times weekly connection to the South Korean capital of Seoul, is also within the range of the ‘XLR; currently this is operated using an Airbus A330-200 on lease from Korean Air.

It has yet to be confirmed whether the 149-seat A220s will complement or replace the carrier’s six-strong fleet of A319s, five of which are currently leased to Germany's Eurowings.

The A319s are between eight and 12 years old, having been delivered new to the airline between 2007 and 2011, and accommodate 145 passengers in a two-class configuration.

Petr Kudela, chairman of Czech Airlines, said: “The A220 and A321XLR fit well with our long-term business strategy in terms of network expansion. These aircraft will definitely give Czech Airlines a competitive advantage and will increase the capacity of our regular flights.”

Christian Scherer, Airbus chief commercial officer, added: “The A220 has proved to be a strong performer in Europe with its high daily utilisation being a testament to its versatility.

The A321XLR has the longest range of our A320 Family. Passengers can now fly further without compromising on comfort, while Czech Airlines benefits from remarkably lower fuel consumption as it expands its network.” (Photo Airbus)