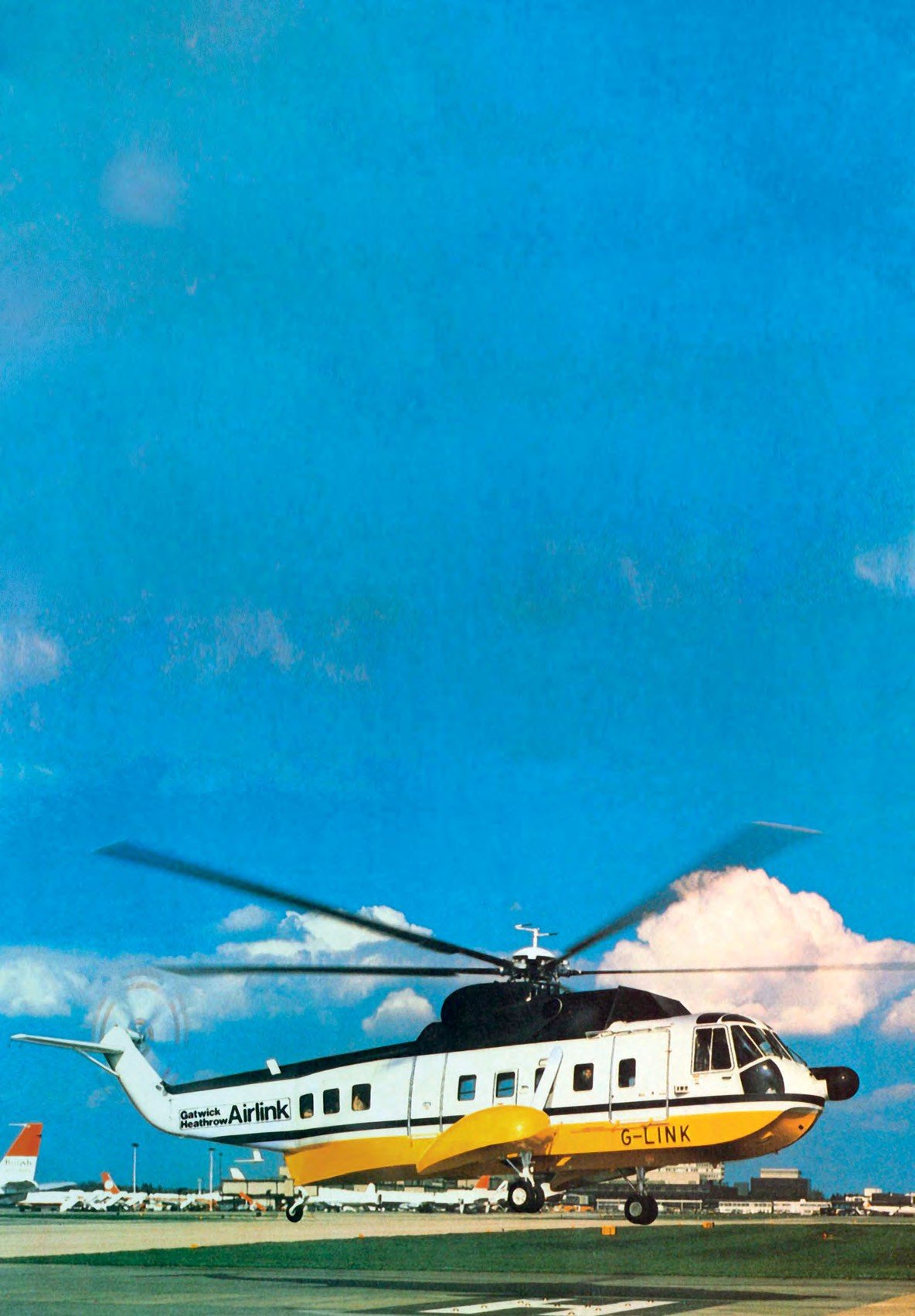 The Airlink Sikorsky S-61N, G-LINK, about to touch down on its parking spot at Gatwick.
ALL VIA BILL ASHPOLE UNLESS OTHERWISE CREDITED

On one side was the aviation industry, which wanted to improve interlining between services at London’s two main airports. On the other were the well-to-do residents of the Surrey stockbroker belt, whose houses were being overflown 20 times a day by a helicopter. In the middle was the government.

The Labour Party had seen the service as a key plank of its airports policy but, with Conservative votes at stake, the incoming Thatcher administration wanted to pull the plug on it as soon as possible. No prizes for guessing what happened.