Airports in the Sun Larnaca

When Turkey invaded Cyprus in July 1974, Nicosia International Airport was heavily shelled. The sudden closure of the country’s main gateway led to the rapid redevelopment of Larnaca as an alternative, and since then it has prospered and grown. Martyn Cartledge tells the story. 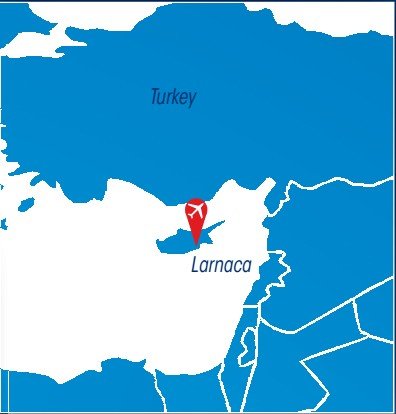 Aircraft flown by Swiss, Russian and Romanian airlines parked at the gates at the end of the pier.
(All photos author)

Cyprus has been popular with holidaymakers, particularly the British, almost since mass package tours were pioneered by the Horizon Holiday Group in 1950. But a coup on July 15, 1974 – aimed at reuniting the island with Greece – led to Turkish military intervention five days later, and flights to Nicosia International Airport came to an abrupt halt.