Former USAF pilot Jon Goldenbaum spent a memorable tour as an aggressor pilot flying F-5Es in Europe. Here are his recollections of honing the ‘dogfighting’ skills of NATO aircrews 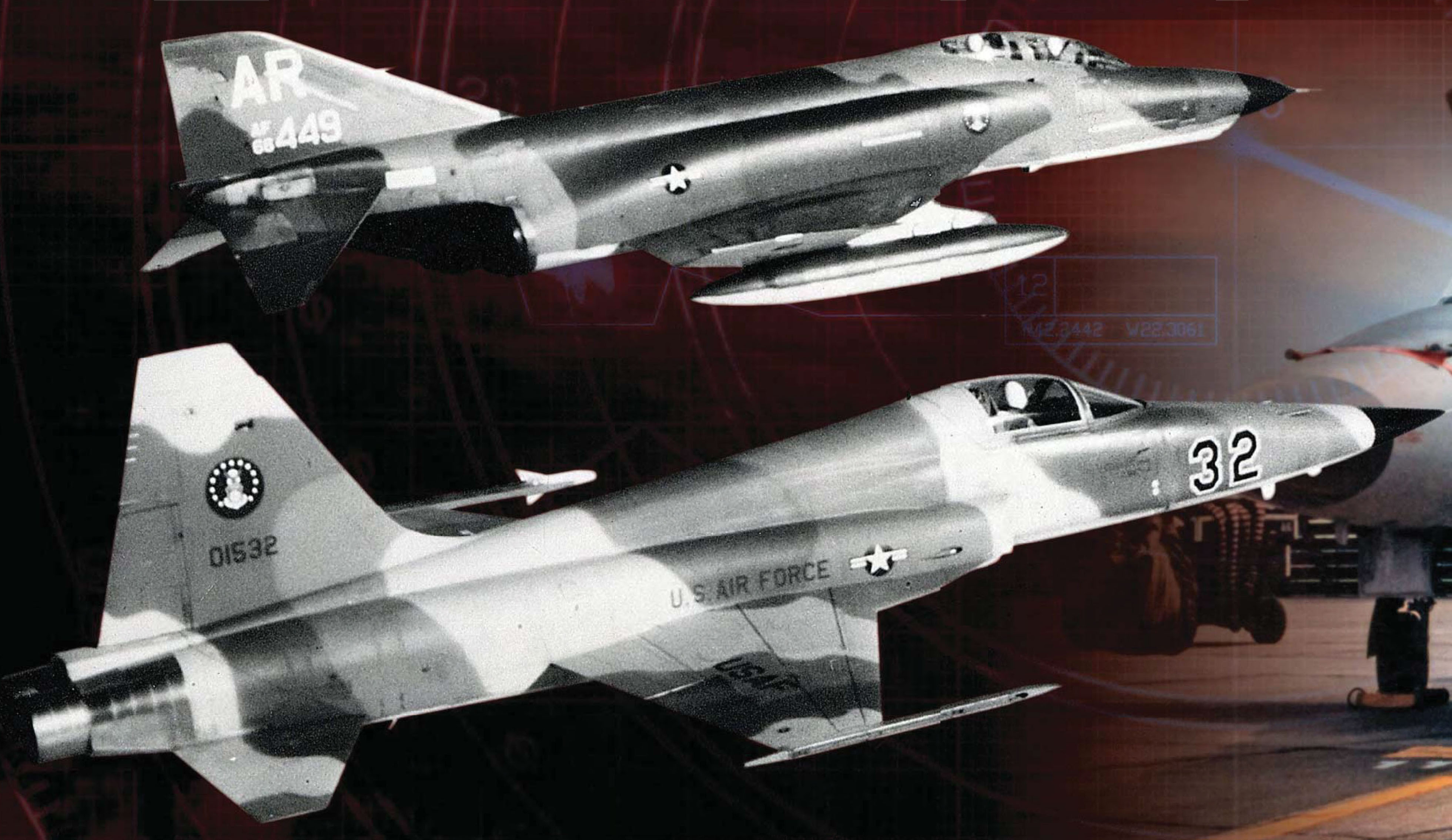 After World War Two, the US drastically changed its doctrine of air-to-air combat. Planners believed there would be no more close-quarter aerial battles and that ‘dogfighting’ between fighters with guns was obsolete. Soviet nuclear bombers and missiles were the perceived next threat and long-range interceptors evolved to counter that. These post-war ‘bomber-killers’ were equipped with conventional or nuclear-tipped air-to-air missiles, but no guns. Only multi-mission fighter-bombers toted gun/cannon armament, which was primarily viewed as weaponry for strafing. The F-101 Voodoo, F-102 Delta Dagger and F-106 Delta Dart became the USAF’s favoured interceptors, while the F-4 Phantom was the US Navy’s first line of defence; none had guns or missiles suitable for dogfighting.