This year, the Franco-Swiss Épervier air defence exercise was held at the Swiss base of Payerne. Remco Stalenhoef witnessed F/A-18s and Mirage 2000-5Fs do battle over the Alps. 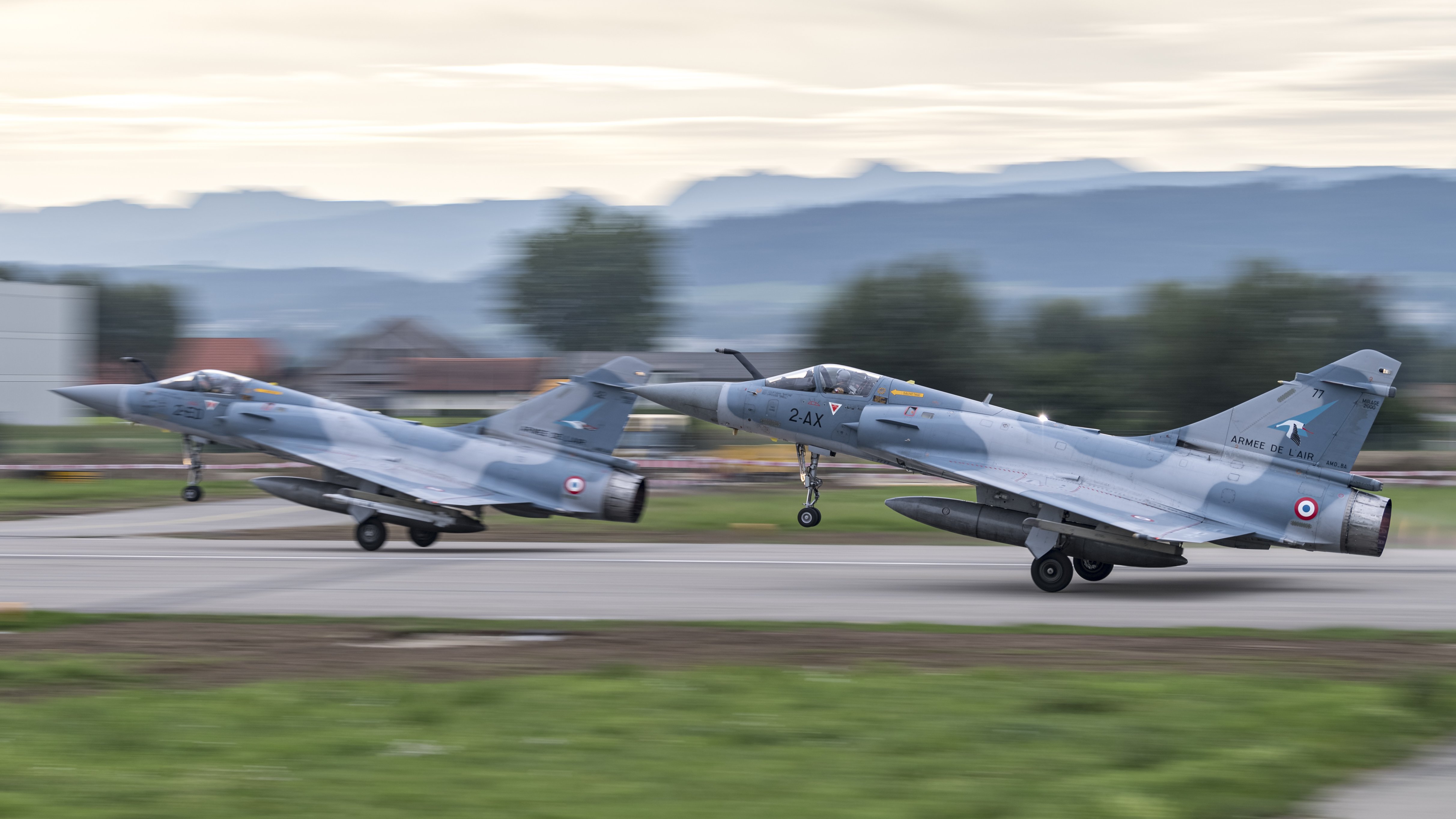 A formation afterburner take-off by a pair of ‘Cigognes’ Mirage 2000- 5Fs: serial 77 (c/n 317) ‘2-AX’ is nearest the camera. A total of six Mirages deployed to Switzerland from Luxeuil. All photos Julian Fechter/Armée de l’Air unless stated.

Neighbours France and Switzerland have long enjoyed military co-operation at various levels. In the past, Switzerland flew the French-developed Mirage III and France recently added the Swiss-made PC-21 to its ranks. Mutual training is a logical part of this bond and the Épervier (Sparrowhawk) exercise is a prominent example. The exercise dates back to 1996 when two Swiss Air Force F/A- 18s flew to Base Aérienne 102 Dijon-Longvic – then the home of Groupe de Chasse 1/2 (GC 1/2) ‘Cigognes’ – for four days of joint air defence missions alongside resident Mirage 2000Cs.