Martin Scharenborg and Ramon Wenink visited the Icelandic Coast Guard’s Aviation Department based at Reykjavík Airport, to report on the challenges currently facing the unit that proudly honours the motto Við erum til taks – ‘always prepared’. 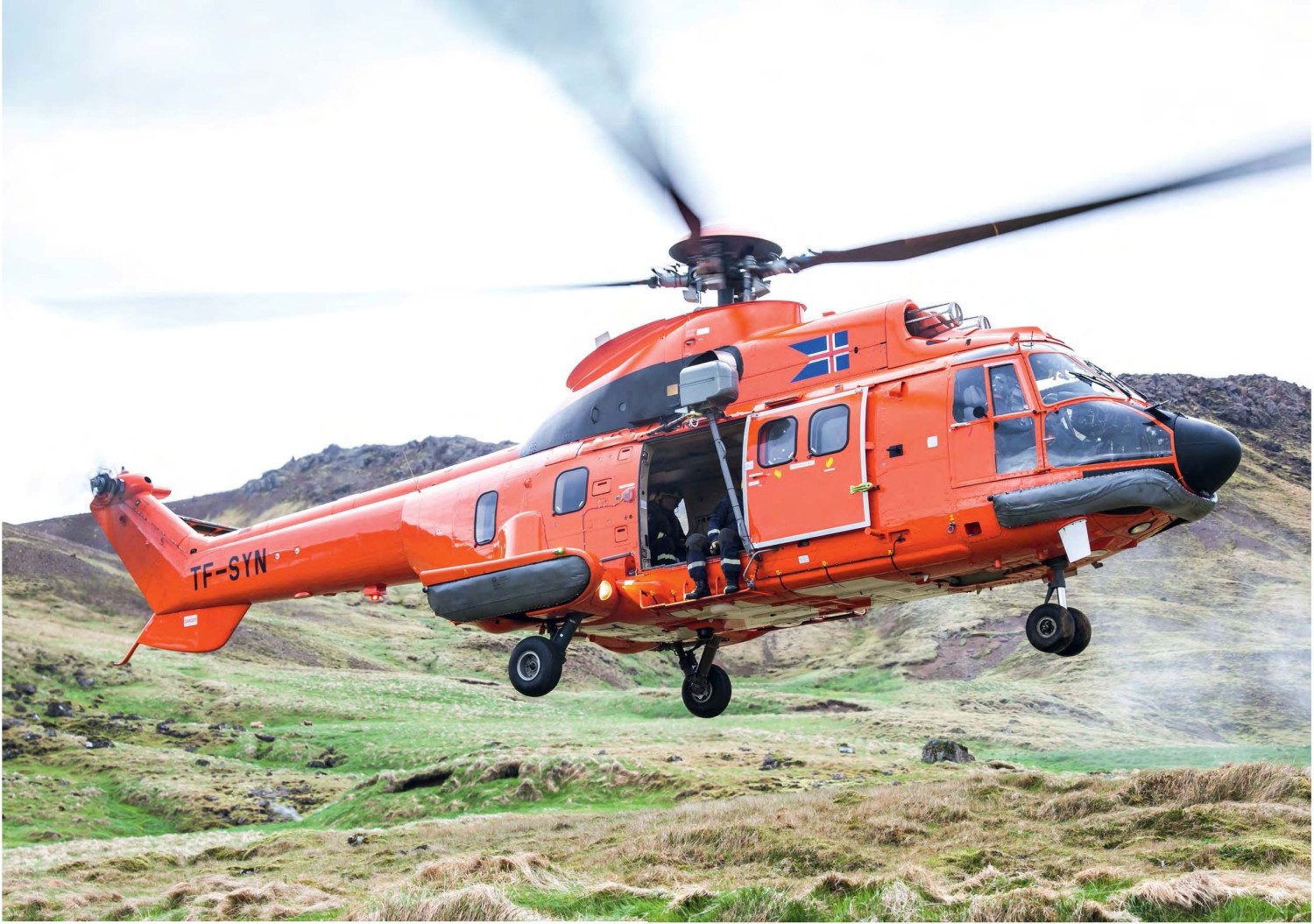 It’s a cold, rainy and windy morning when the Joint Rescue and Coordination Centre (JRCC) at Skógarhlíð receives an emergency call. There’s been a car crash on a remote road along Iceland’s south coast. Within seconds, the JRCC scrambles all necessary emergency services, including a medical evacuation (medevac) equipped Icelandic Coast Guard Super Puma and a Dash 8 surveillance aircraft. Once rescuers are on the scene, the wounded driver is stabilised and flown quickly to the nearest hospital in Reykjavík. Helicopter emergency medical services (HEMS) are among the many tasks of the heavily burdened Aviation Department of the Icelandic Coast Guard.