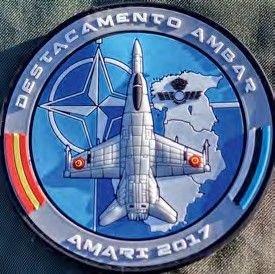 The Baltic countries of Estonia, Latvia and Lithuania joined NATO in March 2004 and since then the responsibility of policing those nations’ skies has fallen to various members of the alliance. In the beginning, a nation would provide the people and materiel to cover the mission for three months before handing on to its successor nation, but after the ninth rotation each tour was extended to four months. The three host nations provide funds to cover a large part of the cost of deploying to the bases of Šiauliai, Lithuania, and Ämari, Estonia.

The Baltic Air Police (BAP) mission is currently in its 44th rotation or block. The Siły Powietrzne Rzeczpospolita Polska (Air Force of the Republic of Poland) with Block 52 F-16C Fighting Falcons is the lead country operating out of Šiauliai. Spain’s Ejército del Aire (Spanish Air Force), on its fourth time participating in BAP, has sent five McDonnell Douglas EF-18M Hornets to Ämari. 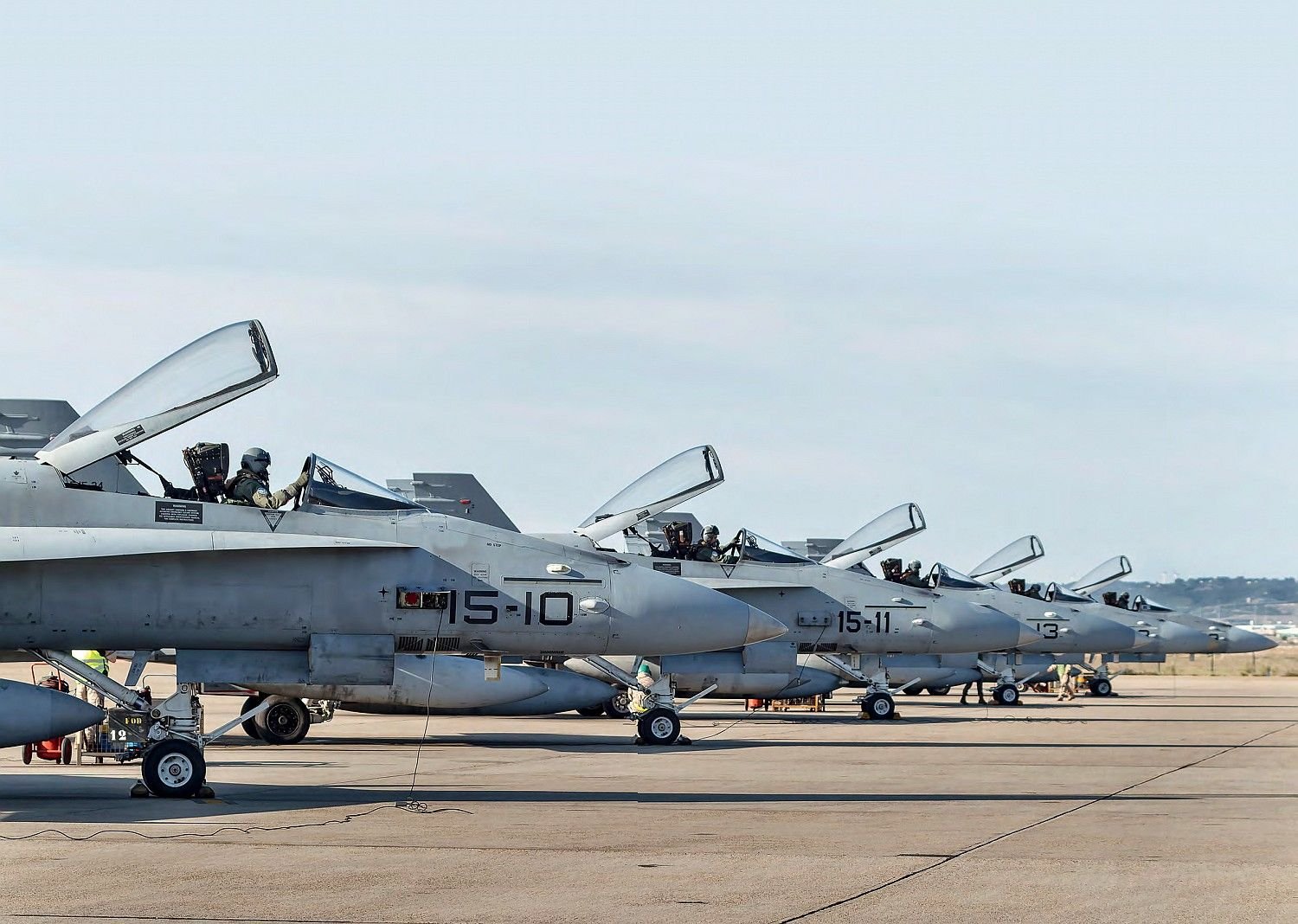 The five Spanish Hornets on the ramp at Zaragoza Air Base ready for their deployment to Estonia. Above is the Detachment Ambar Emblem.
All images by Roberto Yáñez unless noted

Some of the 128 Spanish staff, who include operations, support, maintenance, intelligence and communications personnel, medics and air traffic controllers, deployed to Amari on Detachment Ambar, pose for the camera against the back drop of a EF-18M Hornet.
Ejército del Aire

Those Spanish aircraft departed Zaragoza Air Base on April 28, 2017, although the deployment began earlier. On April 10, a convoy of equipment started its journey north and this was followed seven days later by an advance party to prepare for the arrival of the main body of the Spanish contingent, which itself was split into two phases. The Key Leader Team, made up of the detachment chiefs and maintenance personnel, landed in Estonia on April 26 to prepare for the arrival of the aircraft. They were joined four days later by the rest of the personnel deployed from Zaragoza. 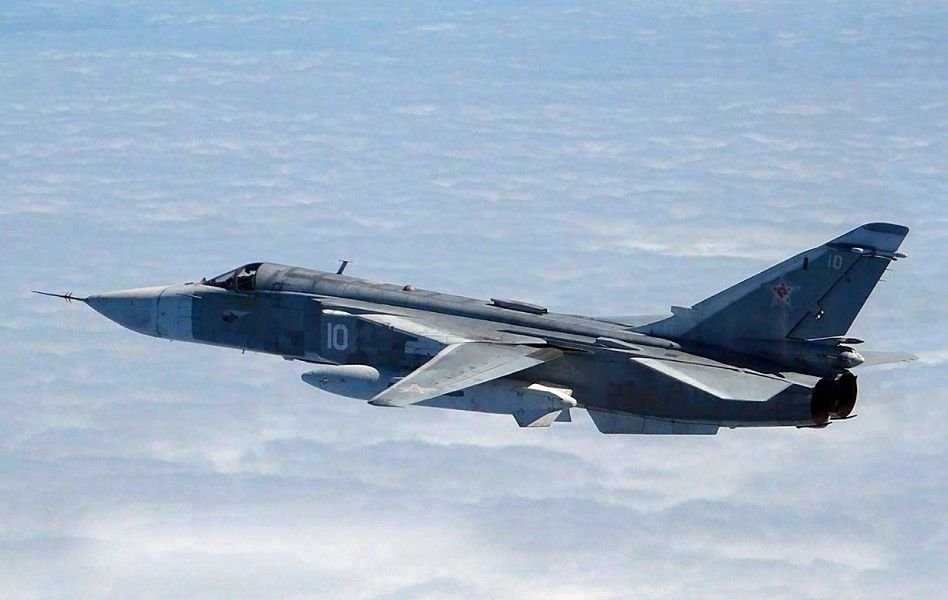 The first live interception by the Spanish Hornets of the Ambar detachment took place on May 16, 2017. It involved a Russian Sukhoi Su-24 Fencer bomber that flew over international waters close to the Estonian coast without communicating with air traffic control agencies.
Ejército del Aire

The Spanish assigned around 128 airmen of various trades to Detachment Ambar, including operations, support, maintenance, intelligence, communications, medics and air traffic controllers to support the Ämari control tower operations if needed. Apart from the eight pilots assigned to the mission, the Ejército del Aire’s Ala 15 (15 Wing) provides the bulk of the personnel, around 90 troops. Despite the challenges of the deployment, the wing not only undertakes the BAP mission, but also maintains a Quick Reaction Alert (QRA) back at Zaragoza, with one aircraft at 15-minute readiness and another on one hour alert.

On May 3, 2017, a ceremony was held at Ämari to mark the transfer of responsibility for the BAP task from the previous incumbents, the Eurofighters of the German Luftwaffe’s TLG 71 to Ala 15’s Hornets. The QRA mission started at 06:00Z the next day. From then on two aircraft are kept at 15-minute readiness, with two more in reserve. A fifth jet is assigned to the detachment to help guarantee the availability of four aircraft for the mission by allowing routine maintenance or unexpected repairs. This fifth Hornet is also used to train the eight pilots assigned to Ämari by acting as a target for simulated interceptions. It is also used in exercises organised by NATO or Baltic-area partner nations such as Sweden or Finland.

Ämari Air Base is located some 40km (25 miles) to the south of the Estonian capital, Tallín. A small base, it was modernised to NATO standards in 2012 with funds provided by NATO. For the BAP detachment there is a hangar for the primary and reserve QRA aircraft, an operations building, a maintenance hangar and a small ramp to park transiting aircraft and the appropriate fire and medical resources. Another building, dubbed the Eagle’s Nest, houses the ground support personnel for the QRA aircraft, along with the emergency rescue services.

May 22 saw the completion of the first 100 flight hours by the Ámbar Detachment in support of BAP.
Ejército del Aire

Although the duty day for most of the detachment’s personnel is from 08:00 to 17:00hrs, there is always a group of 16 personnel assigned to the alert service. This comprises the detachment chief, two pilots, two armourers, two mechanics and nine personnel in the Eagle’s Nest. The rest of the personnel are on two levels of one-hour readiness.

The first training scramble for the Spanish EF-18Ms took place on May 5, when at 14:20hrs local time the two Hornets were launched on a QRA mission at the request of the Karmėlava, Lithuania Control and Reporting Centre (CRC). On May 15, the first live intercept took place when a Russian Su-24 Fencer from Kaliningrad flew close to the coast of Latvia heading toward Estonia. The Combined Air Operation Centre at Uedem, Germany, ordered the launch of the Spanish Hornets to identify the Russian fighter-bomber visually. An hour later, the Polish F-16s had to scramble to intercept a Russian Il-20 Coot reconnaissance aircraft over the Baltic.

Spain first deployed to the BAP mission, to Lithuania, between August 1 and November 30, 2006. Four Mirage F1Ms from Ala 14 took on the role of lead nation for Block 10 of the rotation calendar established by the NATO Military Committee. The next Spanish deployment ran between January 1 and May 4, 2015. 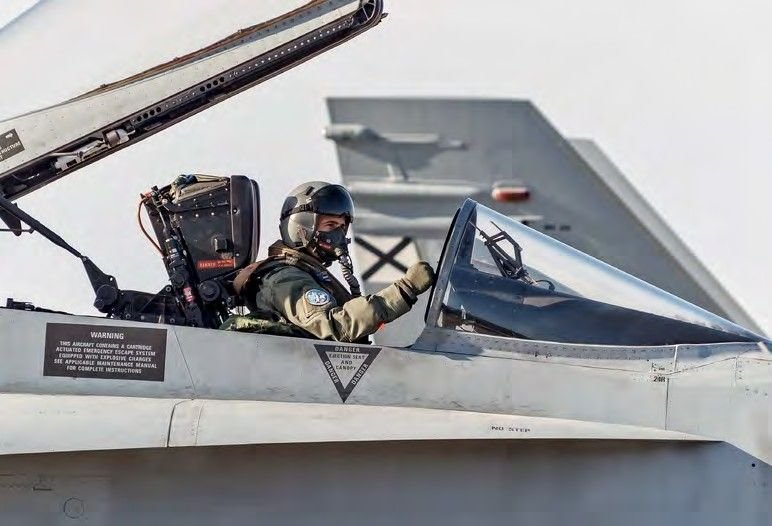 Because interceptions usually take place over the sea, the pilots wear waterproof flight suits to improve their chances of survival in case of ejection.

Four Eurofighters from Ala 11 flew to Ämari as part of Block 37. In the first quarter of 2016, four more Eurofighters, this time from Ala 14, went to Šiauliai. That deployment involved training with Lithuanian Ground Control Intercept Controllers assigned to the Karmėlava CRC.

At the end of their four months in Estonia, the Ejército del Aire Hornets will be relieved in September by Belgian F-16s. 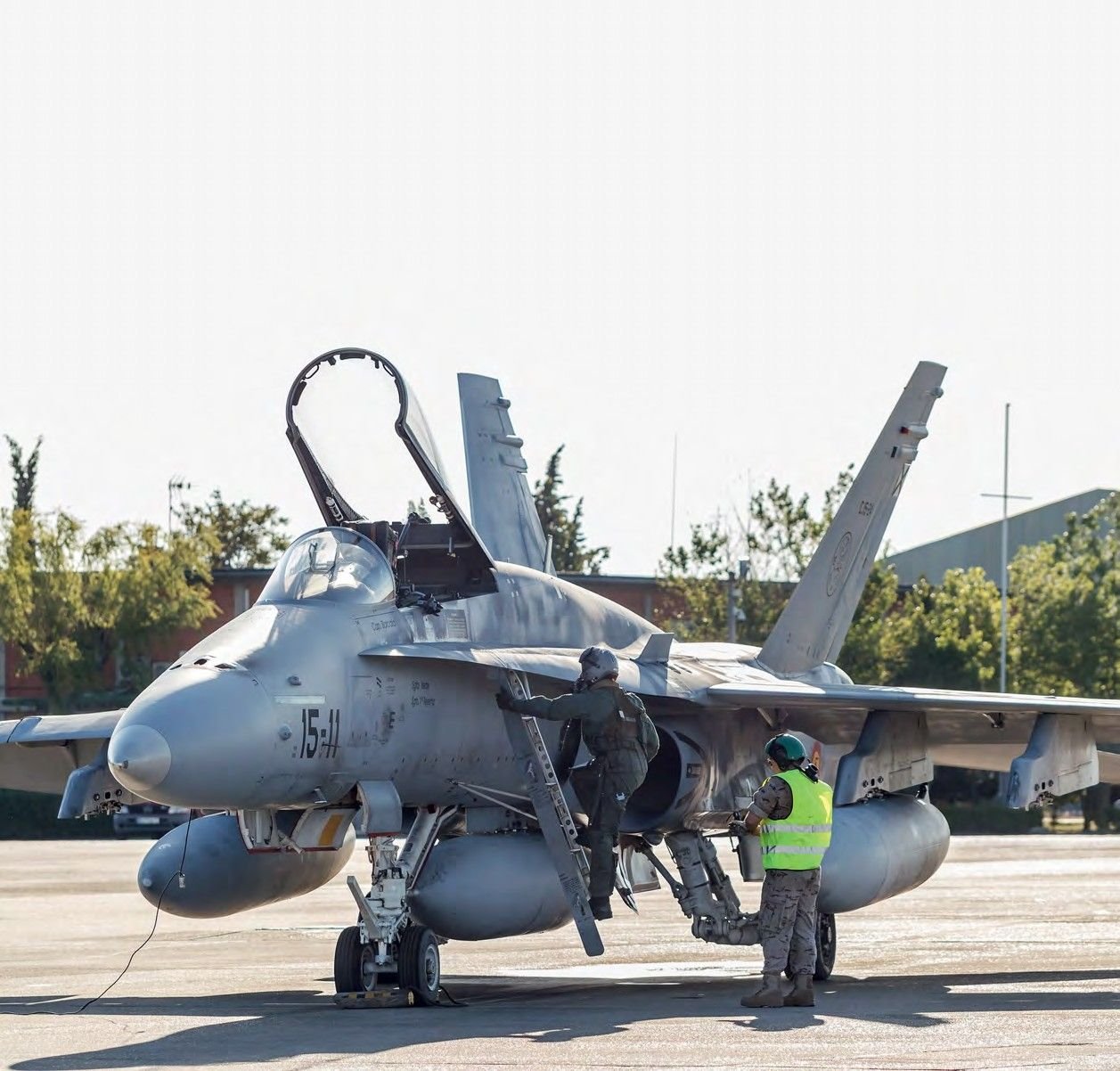 Four groups of Ala 15 pilots will take part in the BAP mission. In this image, one of the pilots from the first group climbs aboard his aircraft for the flight from Spain to Estonia.