Widely known as a late adopter of unmanned air systems, the Russian military has struggled to field into service a plethora of new models. In an effort to bridge the wide gap between indigenous capabilities and those fielded by the Western world, the Russian military is funding the development and launch into production of multiple programmes for ISR and strike missions, run by its still immature local drone industry.

However, progress has been impeded by poor availability of its advanced technologies, and the number of high-end unmanned systems cleared for operational use is too small in contrast to the low-end systems. 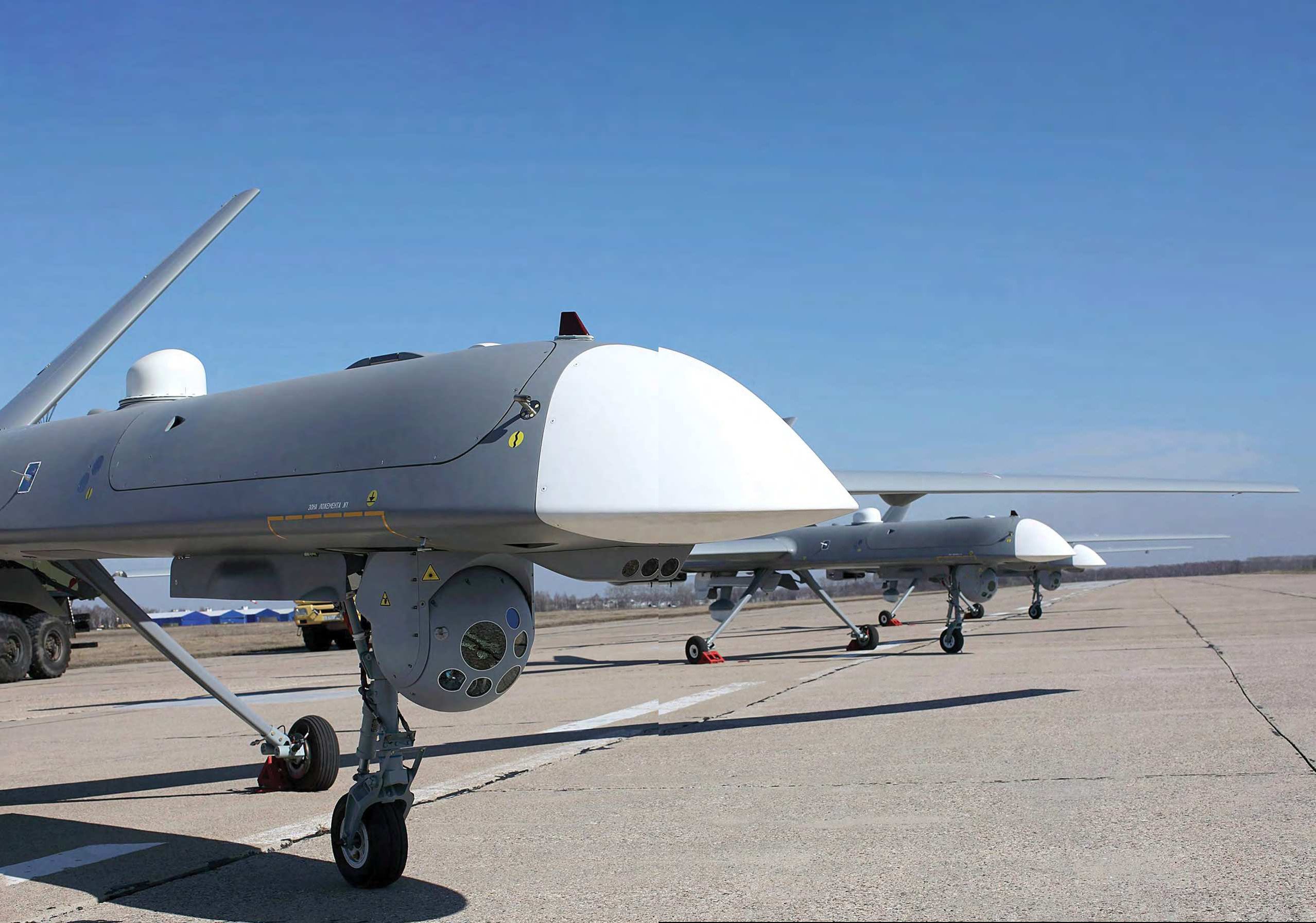 Production of the first Orion MALE system for the Russian MoD launched at Kronstadt in 2019, but its formal delivery was not reported before April 2021
Kronstadt Group

These are operated in significant numbers by all branches of Russia’s armed forces and are seeing active use in the on-going invasion of Ukraine. This large, diverse fleet of locally produced, small, low- technology unmanned systems has been complemented by a sole tactical-class UAS (TUAS) imported from Israel, fielded in 2014.