1C Entertainment, in partnership with Team Fusion Simulations and in association with 1C Game Studios has announced IL-2 Sturmovik: Desert Wings - TOBRUK, the new addition to IL-2 Sturmovik: Cliffs of Dover and set to launch this summer. 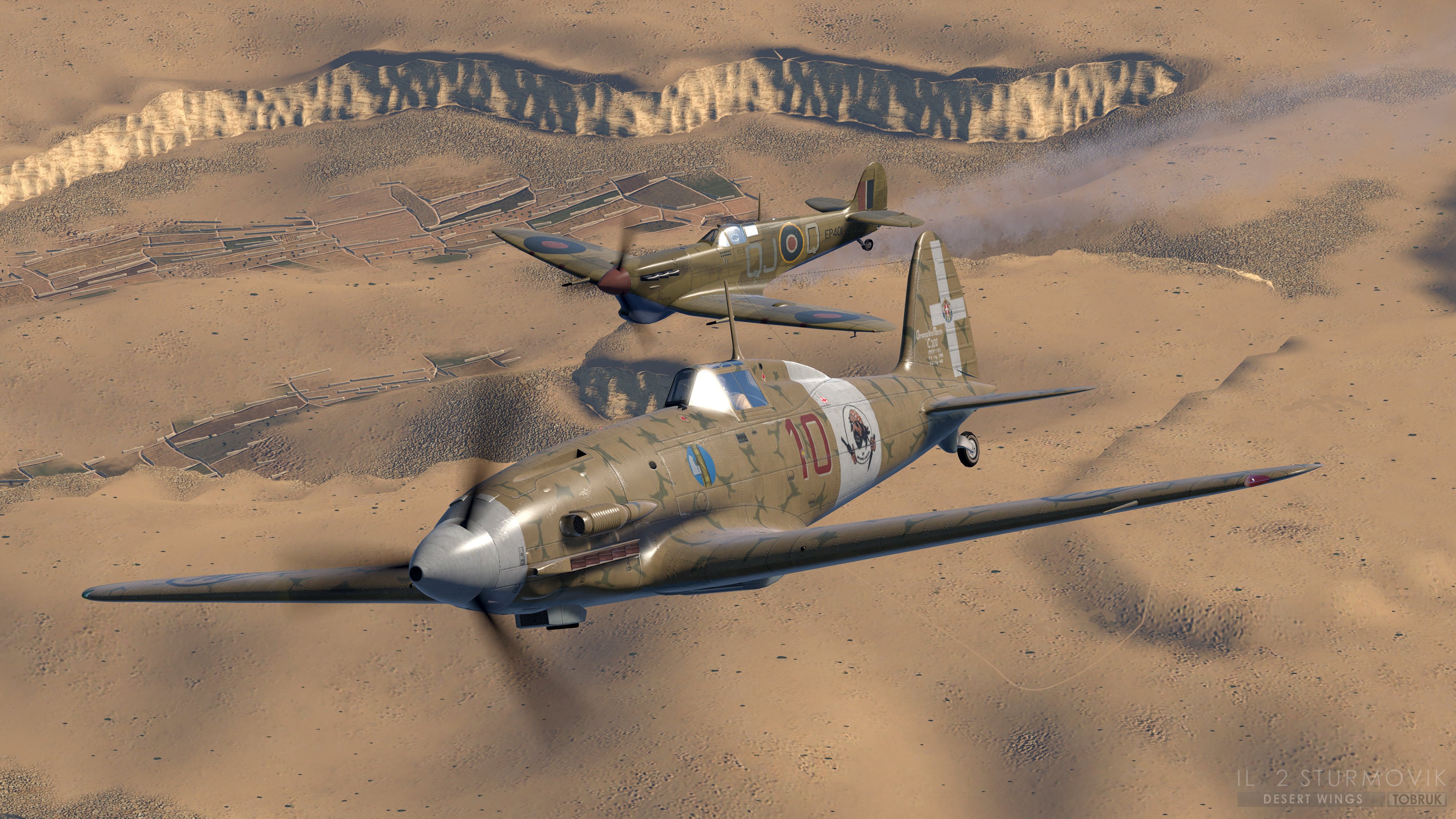 In this new IL-2 Sturmovik: Cliffs of Dover - Blitz Desert War expansion, you can fly with over 40 aircraft and variants from the Royal Air Force, the Luftwaffe or the Regia Aeronautica. The expansion also introduces a flyable Wellington bomber, as well as updated versions of the Ju-88 and Heinkel 111H. In addition to the long list of flyable aircraft, there are over 25 new tanks, artillery and vehicles as well as 17 new ships, including massive battleships, cruisers, destroyers, patrol boats, submarines, torpedo boats and merchant ships; allowing huge land and naval battles.

IL-2 Sturmovik: Desert Wings will feature a 385km x 385km North African map, recreating in detail the strategic stronghold of Tobruk and the rugged contours of the coastline, desert and sea.  It comes with more than 75 airfields, multiple landmarks and towns, an extensive road system as well as the historical fortifications, minefields and defences, all based on actual maps from the war.

Combined with the excellent multiplayer environment that allows over 100 players and dozens of AI aircraft online simultaneously, allowing for intense and challenging aerial battles.

IL-2 Sturmovik: Desert Wings - Tobruk will be available for purchase this summer via IL2sturmovik.com and Steam for $69.99 with a 15% discount during the first week of the launch.