Another Buchón in the air

The latest Hispano Aviación HA-1112 Buchón to emerge from the Air Leasing restoration hangar at Sywell, C.4K-152/G-AWHR (c/n 220), made a 12-minute test flight with Richard Grace at the controls on 1 July. The machine subsequently joined four other examples of the type — three of which had also been restored by Air Leasing — at the Flying Legends show at Duxford on 13-14 July (see pages 98-99).

During an interview not long before his death at the age of 85 on 3 May, the previous owner, Battle of Britain film pilot ‘Connie’ Edwards, said this was the machine in which Adolf Galland gave an impromptu aerobatic display at Tablada, Spain during production of the movie in the spring of 1968. G-AWHR has been painted in a hybrid scheme as a tribute to Edwards, whose favourite Buchón this was. 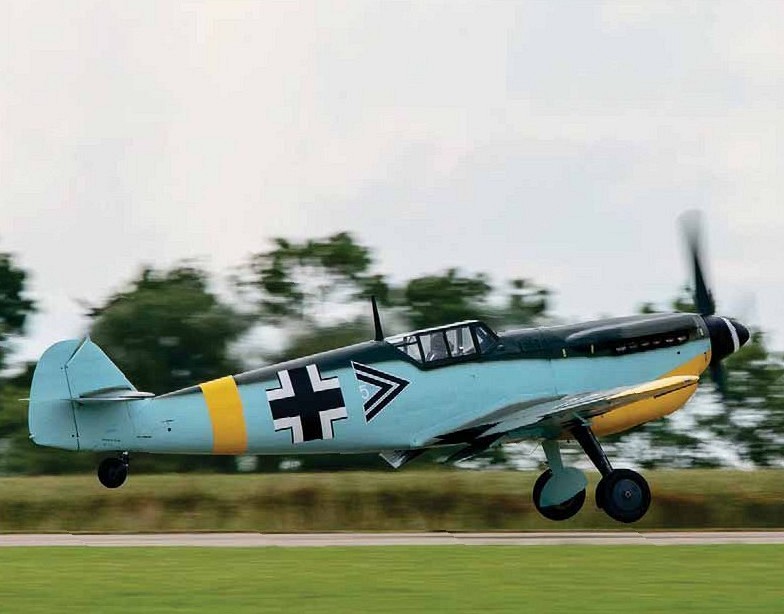