Boeing has formally launched a fourth variant of the 737 MAX range, as Mark Broadbent reports

This has been a big year for the Boeing 737. April marked 50 years since the initial 737 was delivered. In the same month, the first 737 MAX 9 undertook its maiden flight and entered testing. Then May saw the service entry of the 737 MAX 8 with Malindo Air (to be rebranded Batik Air Malaysia).

There was further significance to the year on the opening morning of the 52nd International Paris Air Show at Le Bourget on June 19, when Boeing formally launched the 737 MAX 10. This is the fourth major variant in the latest generation of the enduring airliner design alongside the 737 MAX 7, 737 MAX 8 and 737 MAX 9.

Changes from the 737 MAX 9 are a variable exit limit rating mid-exit door added to the fuselage, a lighter flat aft pressure bulkhead, a modified wing for low-speed drag reduction, a modified landing gear and a slightly modified wing to accommodate the revised gear. The aircraft will be powered by a higher-thrust version of the CFM International LEAP-1B engine that powers all 737 MAX variants.

The landing gear required modification because the 737 MAX 10’s slightly extra length requires greater ground clearance when the aircraft rotates or lands. The gear will be semi-levered, a feature first developed by Boeing in the early 2000s for the 777-300ER. A semi-levered gear shifts the centre of rotation rearwards from the main axle on the main landing gear to the aft axle, which creates the required ground clearance to avoid a tailstrike. 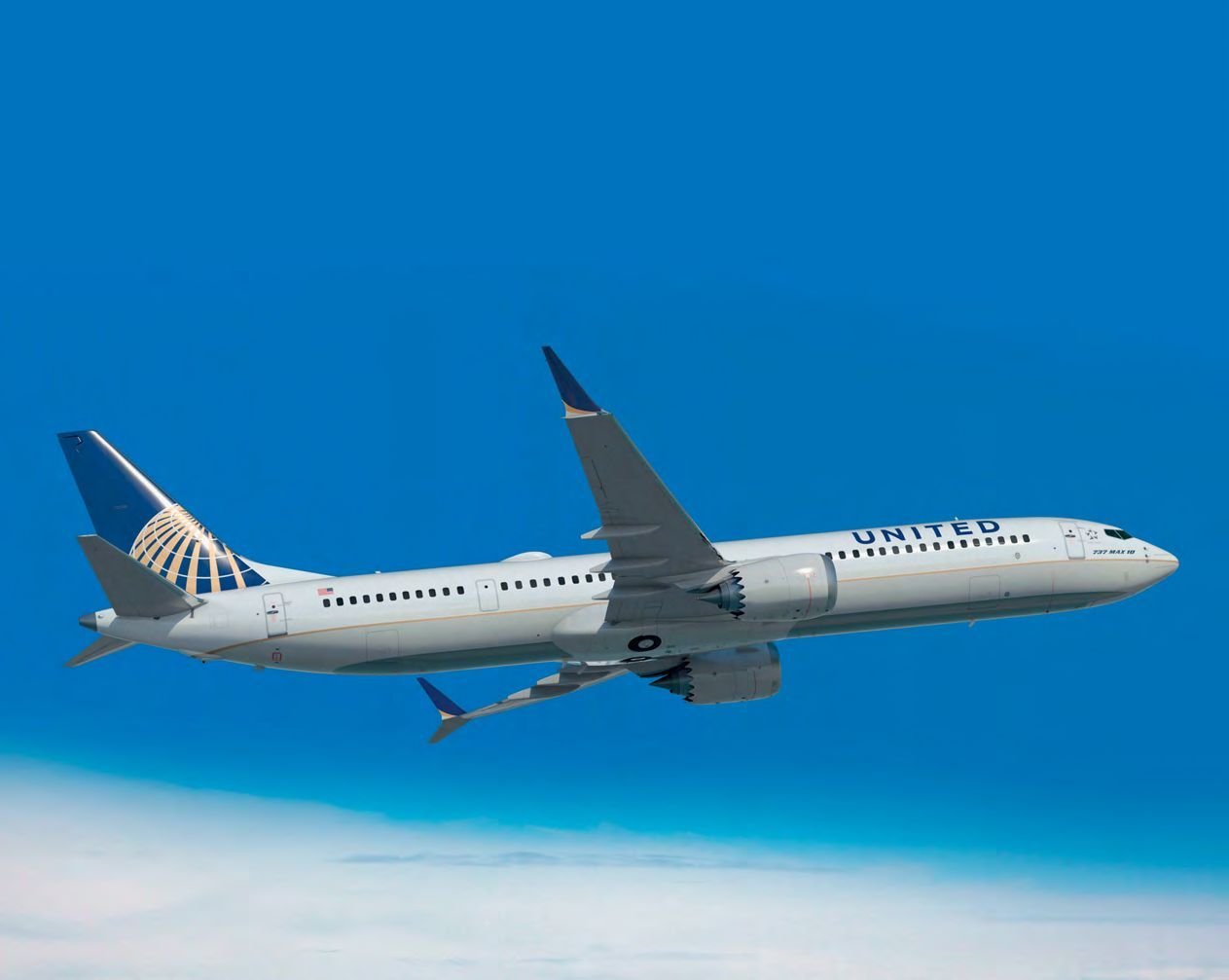 United Airlines will receive 100 737 MAX 10s, although these orders have been switched to the variant from the smaller 737 MAX 8.
All photos Boeing 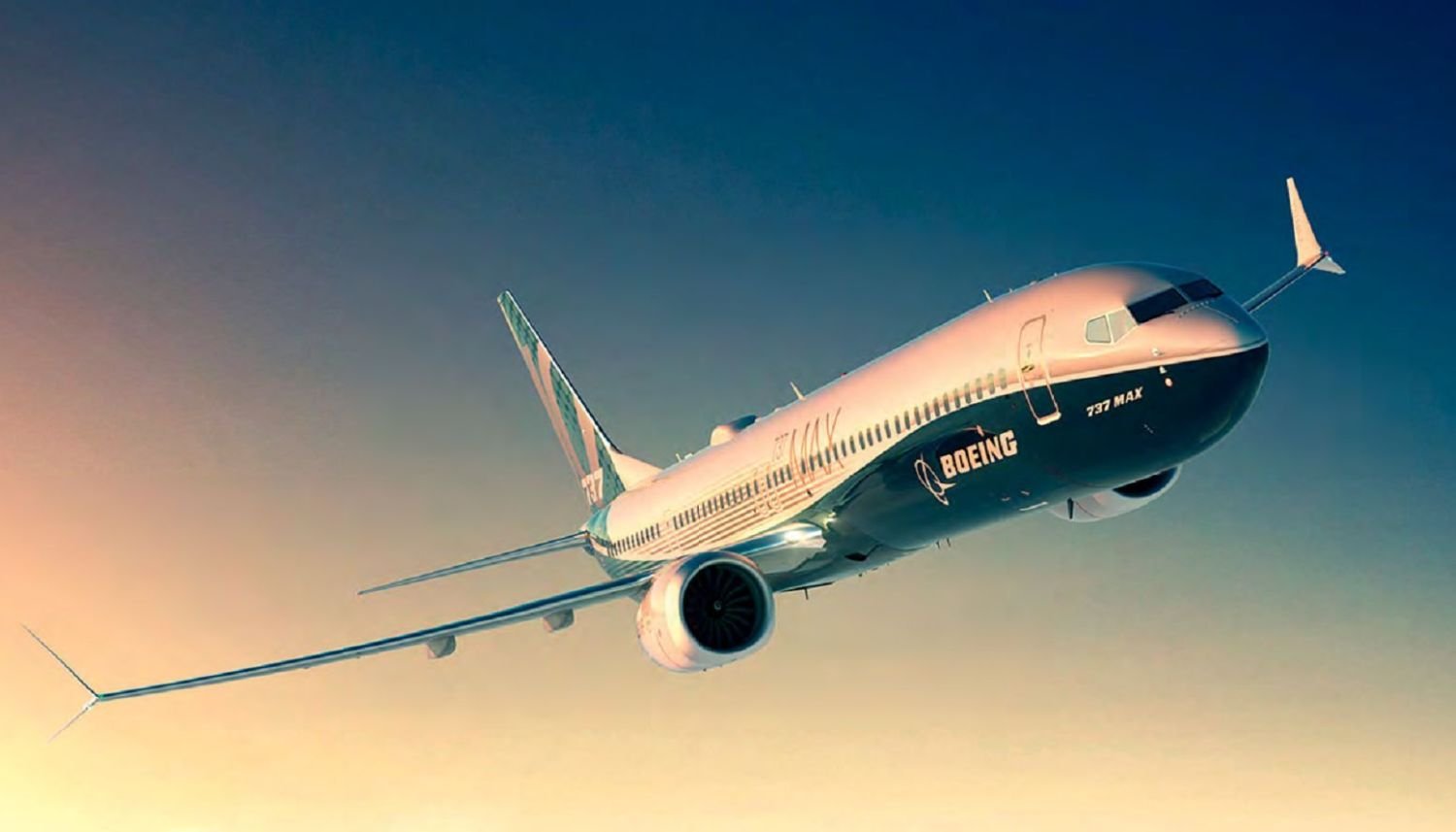 Like its family stablemates, the 737 MAX 10 will feature Advanced Technology winglets and the Boeing Sky Interior as standard.

Boeing announced 361 commitments for the 737 MAX 10 during Paris, comprising firm orders, purchase commitments and memorandums of understanding that are yet to be firmed.

The largest single order was for 100 examples from United Airlines. Other major commitments came from the Lion Air Group (50) and SpiceJet (40), with a clutch of carriers (mainly from the Asia-Pacific region) and leasing companies making up the remainder of customers.

The orders for the 737 MAX 10 announced at Le Bourget may not be the only ones in the pipeline for the variant. Before the show, Ryanair said it is currently evaluating the 737 MAX 10.

Levy’s comment goes to the heart of the business case underpinning the 737 MAX 10: capacity. A big trend among operators in the single-aisle airliner market in the last few years is ordering aircraft with more seats.

But it is also an attempt by Boeing to regain lost ground at the top end of the seating scale in the narrowbody aircraft market. The Airbus A321, the largest A320 Family variant, which seats 185 passengers two class or 236 single class, has sold like hot cakes in recent years in both its A320ceo and A320neo guises.

Verbal sparring between Airbus and Boeing is a longstanding feature of the big trade air shows, so it was inevitable Airbus Chief Operating Officer Customers John Leahy noted how many 737 MAX 10 announcements involved customers shifting existing orders from other 737 MAX variants.

Of the 361 orders for the 737 MAX 10 announced during the Le Bourget week, 208 (or 57.6%) – including the big order from United and part of the order from Indian carrier SpiceJet – were actually conversions to the new variant from existing orders for other 737 MAX variants. The number of incremental orders for the 737 MAX 10 announced during the show – orders that increase the overall 737 MAX backlog rather than being moved from other variants – therefore stood at 153.

This is obviously slightly less attentiongrabbing from a PR perspective than the headline figure of 361. In saying that, up-gauging happens at Airbus, too – for example, this spring saw easyJet switch 40 of its A320neo orders to A321neos.

The key for all aircraft manufacturers is to position their products to meet changing market needs. Whether customers are new to a type or convert from another variant, the real significance of the 737 MAX 10’s launch is it further underlines the trend for larger single-aisle airliners. 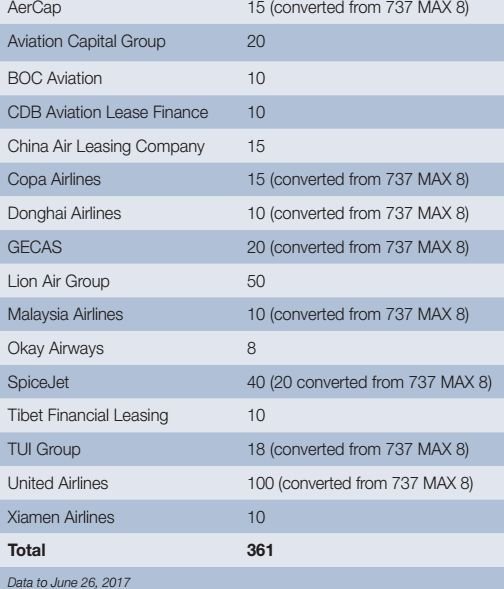