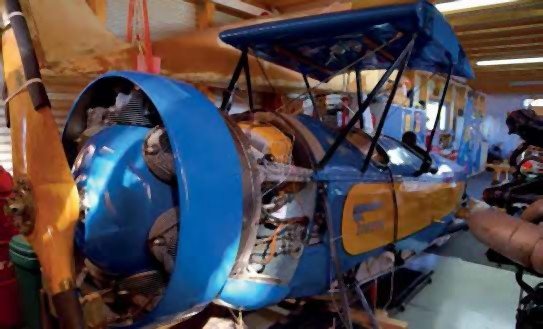 Spartan C-3 NC705N after emerging from its crate at Mengen-Hohentengen airfield. STEFAN SCHMOLL

The Antique Aero flyers group at Mengen-Hohentengen airfield, just north of Lake Constance, in Germany has recently imported two rare American classics in the shape of a 1929 Spartan C-3, NC705N, and a 1928 Travel Air 4000, N9024.

The three-seat Spartan, one of only 122 examples built between 1928-30, is currently the world’s only active representative of the type, although there is a static example on display in the Experimental Aircraft Association Museum at Oshkosh, Wisconsin.

Antique Aeroflyers will be displaying its Spartan and latest Travel Air at selected events in Germany during 2019, including, it is hoped, the Old timer Fliegertreffen at the Hahnweide airfield near Stuttgart from 13-15 September.