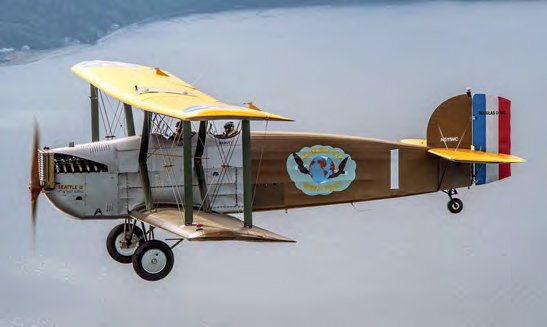 AFTER more than 16 years of work, the Seattle World Cruiser Project’s plans to recreate the first aerial circumnavigation of the world in a replica Douglas World Cruiser (DWC) is due to get under way from Sand Point at Seattle’s Lake Washington on 28 April, the same place where the original, epic, 73-leg pioneering flight began on 4 April 1924.